Dearest Mother of Mine

This is what it sounds like when the Gothenburg Symphony Orchestra performs the entire version of the song “Ridna Maty Moja” (“Dearest Mother of Mine”).

At the initiative of Young minds for music, the Gothenburg Symphony Orchestra, together with a number of Swedish orchestras, has performed in a piece together in support of the Ukrainian people. Different pieces from the song were played by different orchestras. In this version, the Gothenburg Symphony Orchestra performs the entire song themselves. The Ukrainian song is called “Ridna Maty Moja” (or “Dearest Mother of Mine”) and tells the story of a mother who sends her son away. She gives him an embroidered piece of cloth that will remind him of his mother’s love, and life’s best moments.

“For us, it was obvious that we had to be part of this initiative and take a stance for peace, democracy and humanity. Faced with the darkness and unimaginable cruelty of war every single one of us is left lonely and vulnerable. The hope is that through music we can be united, stronger, and support of all fellow human beings who need it the most” says Sten Cranner, CEO and artistic director of the Gothenburg Symphony Orchestra.

The manifestation are initiated by the think tank Young minds for music and the Royal Academy of Music. 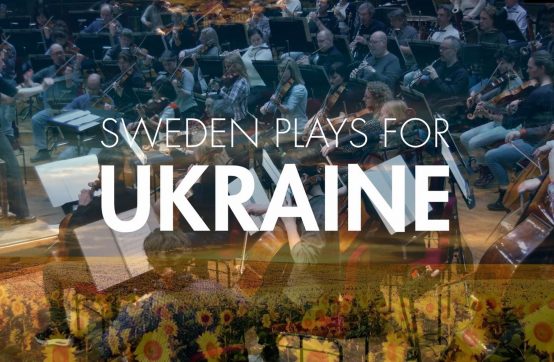