Giovanni Sollima has made a name for himself as a cello virtuoso out of the ordinary. His pieces are inspired by music as diverse as old Italian renaissance and today’s black metal – he attracts admirers in all listener categories.

Lamentatio, “lament”, was written in memory of all the Armenian victims – over a million – who were killed in the early 20th century in the Ottoman Empire. The cellist sings his lament but also expresses the unwavering will-power of the Armenian people in virtuoso, expressive rhythms. As is shown by the Gothenburg Symphony Orchestra’s cellist Antonio Hallongren in this recording.

In GSOplay Sessions you get really close to artists and ensembles in imaginative film productions with creative lighting. New music that will amaze you, beautiful classics that you can not resist. Everything at the highest level with musicians from the Gothenburg Symphony Orchestra. 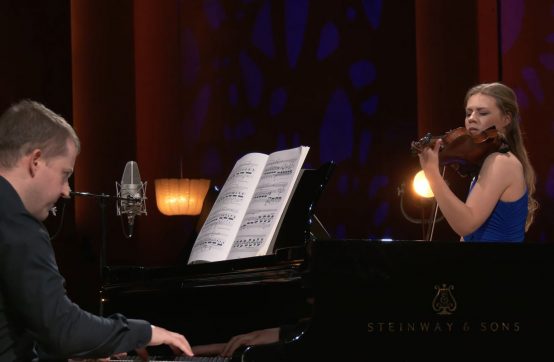 Among Nymphs and Gods

Among Nymphs and Gods