The Confession of Isobel Goudie

Marin Alsop was the first woman to become Chief Conductor of a major American orchestra, the Baltimore Symphony. She puts a lot of thought behind every program she conducts. A good program should have a message, maybe even a sense moral, but at the same time offer variety for the ear.

This concert Alsop opens with James MacMillan’s The Confession of Isobel Gowdie from 1990. A piece that without words, only with the sounds of the orchestra, tells of the 17th century mass hysteria surrounding the witch trials, and especially the events of 1662 in the Scottish town of Nairn. “A Prayer for a Murdered Woman,” MacMillan sums up his work. At the heart of the song poem The Confession of Isobel Gowdie stands in the 17th century Isobel Gowdie accused and convicted of witchcraft. A young woman that we are aware of today thanks to her carefully archived interrogation confessions. MacMillan’s music depicts her imagined trial and execution.

Conductor Marin Alsop, who believes “music can change lives”, is hailed for her trailblazing and inspiring programmes. Alsop studied at Yale and New York’s Juilliard School of Music, where she obtained a Master’s of Music in Violin. Afterwards, she went on to train as a conductor under legends like Leonard Bernstein, Seiji Ozawa and Gustav Meier. In 1981, she set up the string ensemble String Fever. Eight years later, she won the Koussevitzky Prize for outstanding student conductors. Besides leading the Baltimore Symphony Orchestra, Alsop has also been Chief Conductor of the Vienna Radio Symphony Orchestra since 2019.

MacMillan The Confession of Isobel Gowdie 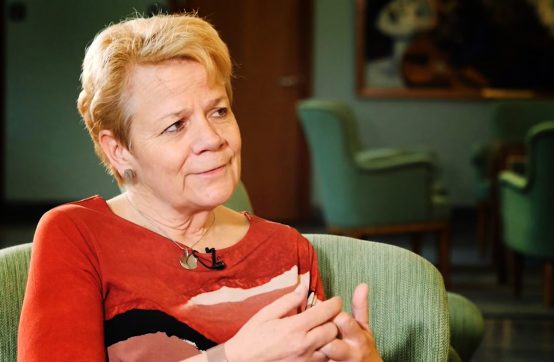 “They´re about abuse but also about strength and perseverance”

Marin Alsop talkes about her thoughts on the MacMillan concert.