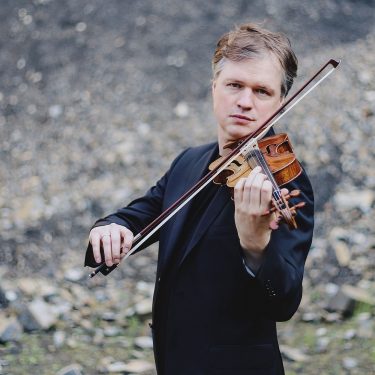 The fact that it has emerged is extremely gratifying for everyone who loves violin concertos, because it is both virtuosic and beautiful and reminiscent of Bruch’s famous violin concerto, but like his fellow countryman Grieg, Halvorsen’s music has an unmistakable Norwegian sound.

Johan Halvorsen was born just one year before Carl Nielsen,in 1864, but their music is completely different. Carl Nielsen found the inspiration for his” The Four Temperaments” in a village pub where he saw a comic drawing on the wall that showed people with four different temperaments. Despite the naive expressions in the pictures, he could not forget them. He concluded that they actually had an interesting core and also a musical undercurrent. The concert starts with a work by the Finnish composer, Per Henrik Nordgren’s “ Spelmansportrait.”-a piece full of the influences of Folk music.