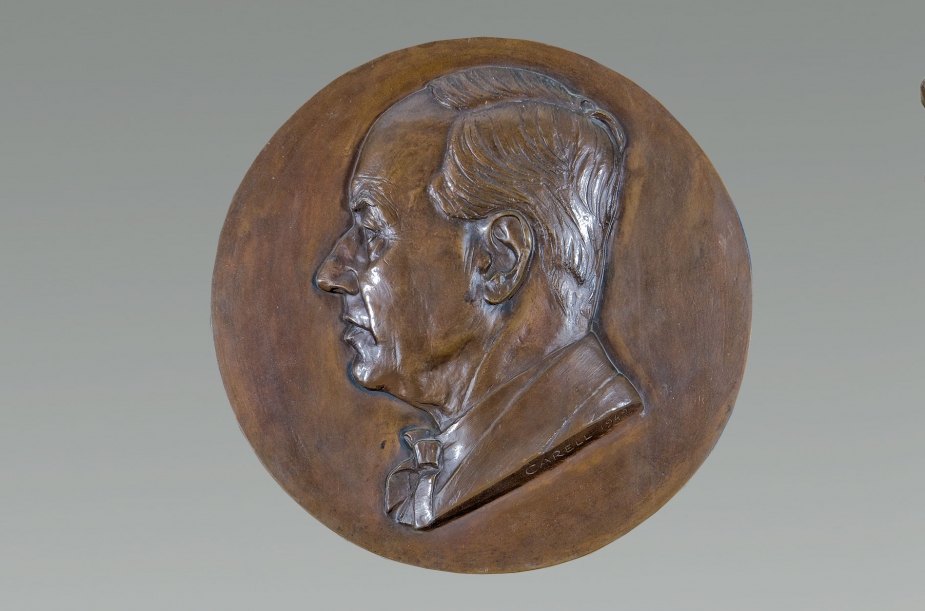 Gösta Carell, born in Stockholm. Sculptor and medal artist. Carell studied at the Technical School in Malmö and was employed after finishing school at Skånska Cementgjuteriet’s studio for facade decorations in 1910. He then studied for a short time for Bissin in Copenhagen. He stayed in America 1913-1920 and worked there at Victor David Brenner’s medal studio 1916-1919 while studying at Cooper Union and the School of Beaux Arts. He returned to Malmö in 1920 and settled in Stockholm in 1922 where he worked with major reliefs for gravediggers, he made his debut as a medal engraver in 1925 with the medal over Frithiof Lennmalm.