Welcome to Gothenburg Concert Hall – a gem of functionalism on Götaplatsen square that has enchanted music lovers since 1935! It is one of life’s great pleasures to come here, relax and take in the atmosphere in the beautiful surroundings, before being moved, exalted and overwhelmed by the evening’s music.

A gem of functionalismThe historyThe Concert Hall in 360°

A visit here is an experience for all the senses – a treat for the ears, eyes and taste buds. The building also features an array of artistic treasures on which to gaze. A visit to one of the bars or the restaurant is the perfect way to ensure that you have a little extra time to enjoy the beautiful surroundings. 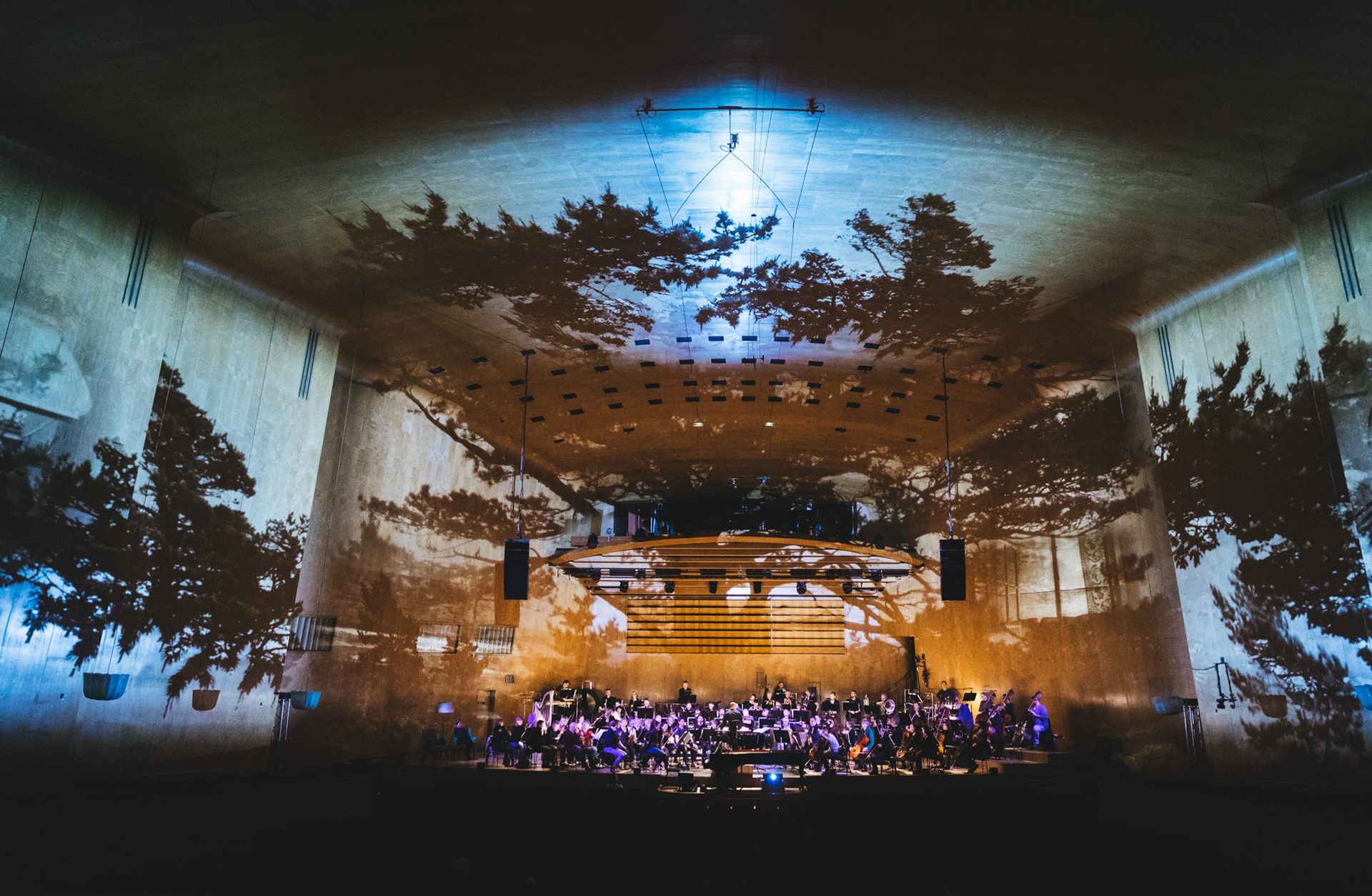 The concerts are played in the Great Hall, a magnificent room world-famous for its fine acoustics, and the more intimate Stenhammar Hall, decorated with beautiful intarsia. Sometimes the Götaplats foyer and the Cloakroom also turn into venues.

The Gothenburg Concert Hall is located at Götaplatsen, at the top of Avenyn. 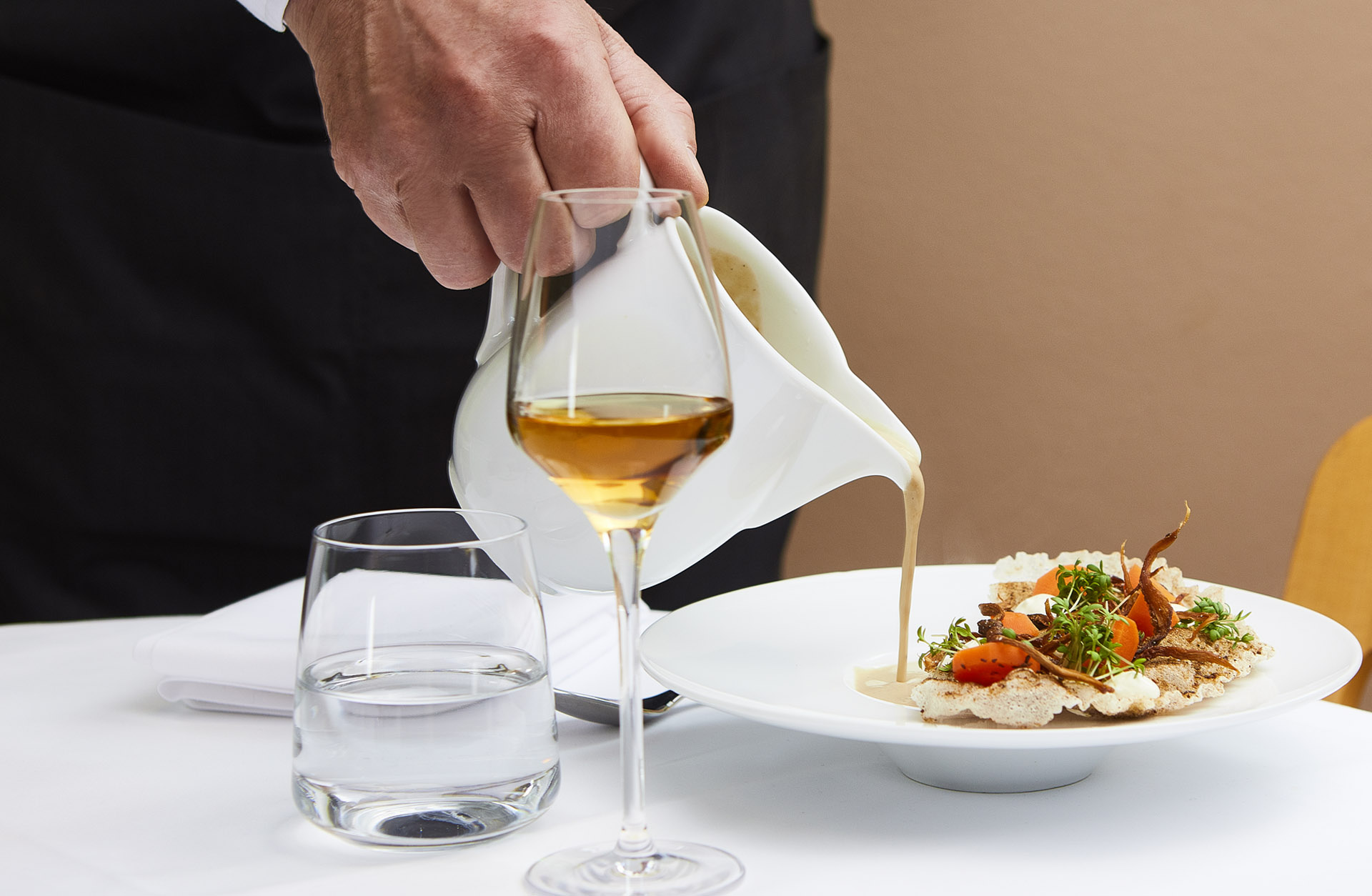 Well composed from beginning to end

Invite yourself or someone you like to an experience for all your senses. Welcome to visit the Concert Hall's restaurant or one of our foyer bars. 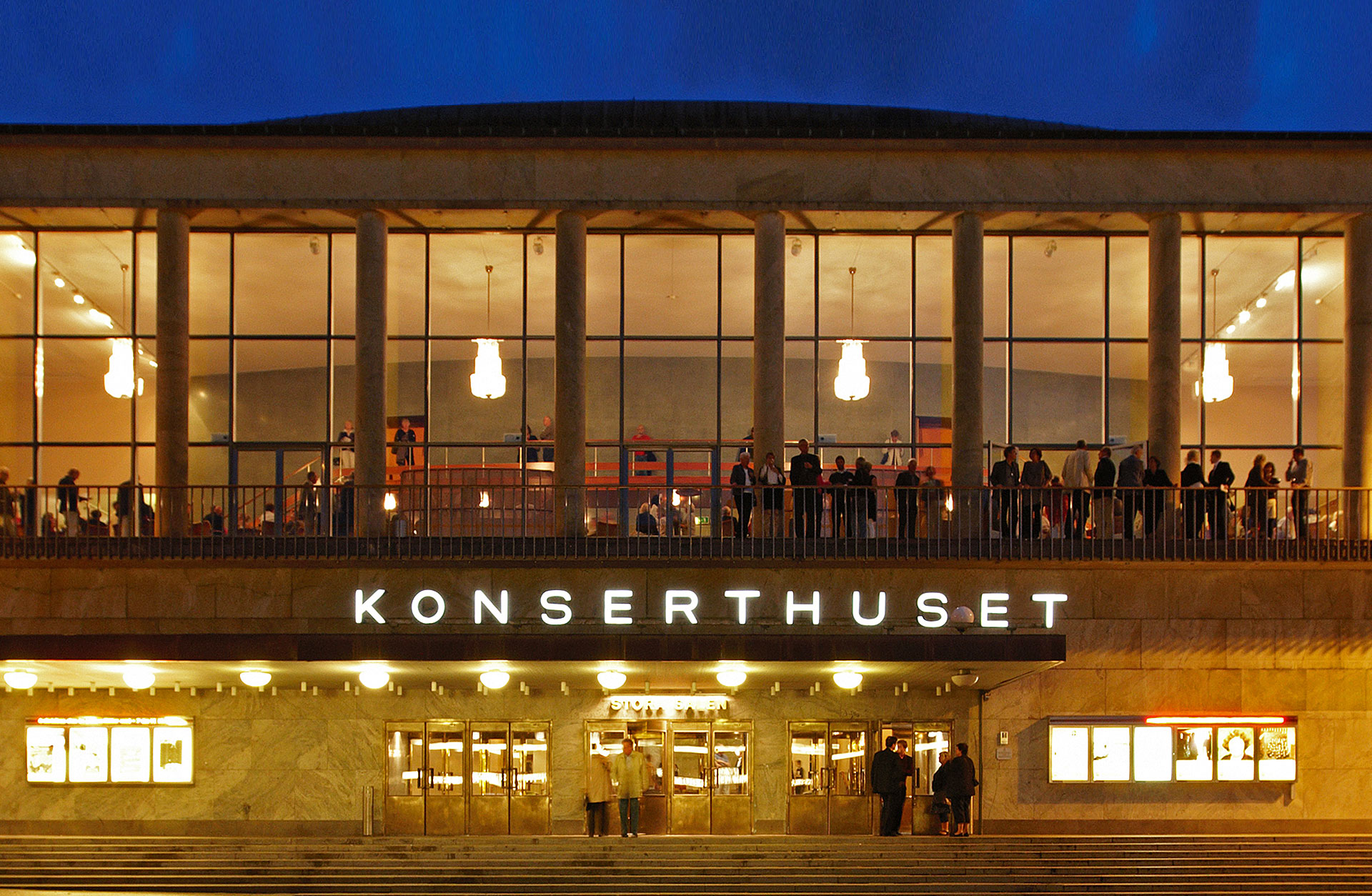 Get a first-class setting for your event in attractive premises ideally situated on Götaplatsen. Large social spaces in a timeless Swedish design add that extra special feel to your event.

A gem of functionalism

Timeless. It is the word that sums up both the Concert Hall’s architecture and its function, to gather people in a beautiful environment for shared experiences that develop and enrich us. The architecture exudes early functionalism in its clean lines and graphic elements. 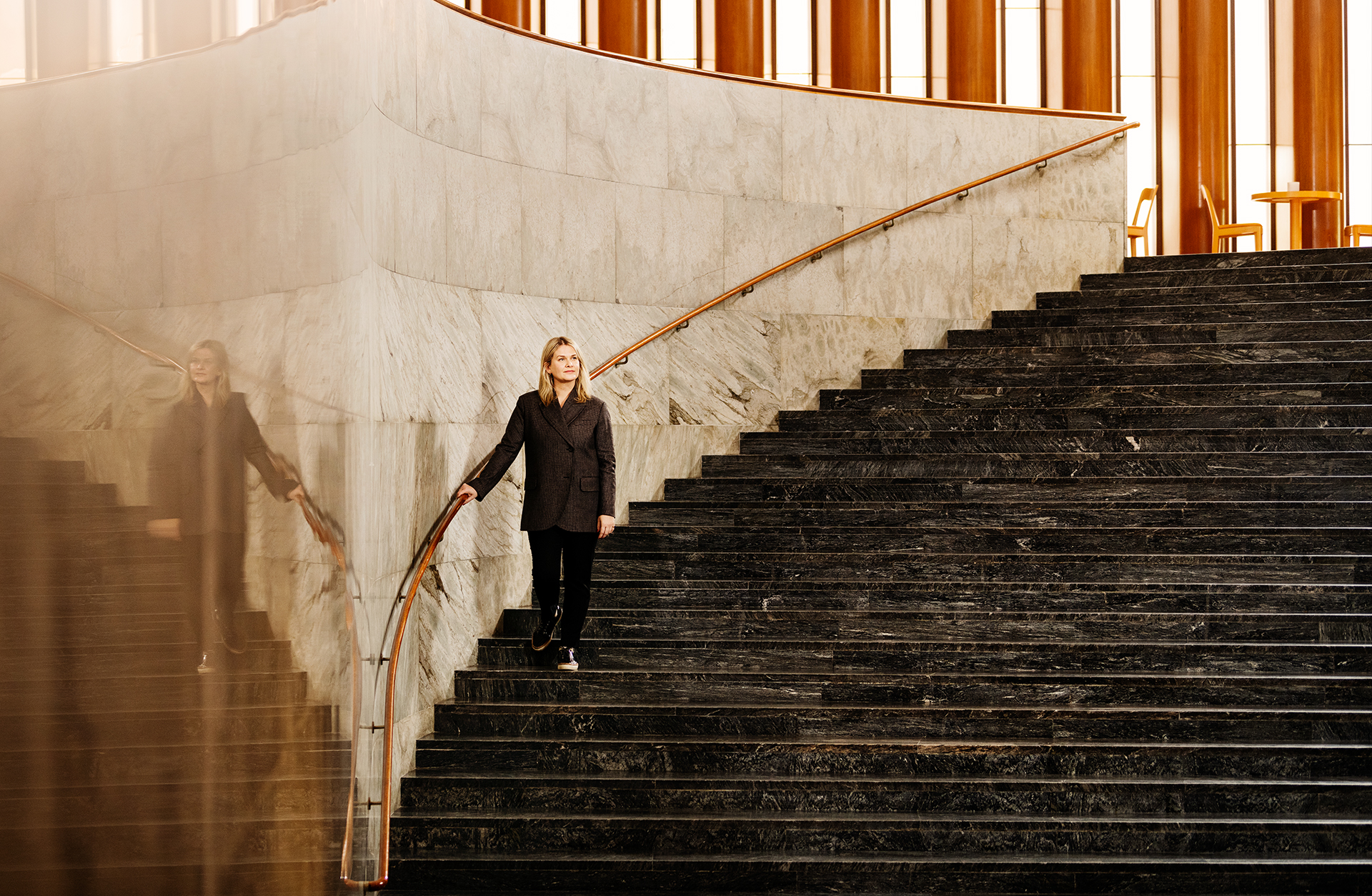 The furniture in the Concert Hall was specially designed by the Swedish interior and furniture designer Axel Larsson in collaboration with Nils Einar Eriksson: ”Endearing, well crafted and natural”, wrote a journalist at the time of the building’s inauguration in 1935.

In a newspaper interview in 1932, at the very beginning of the project design process, Nils Einar Eriksson described his idea as follows: ”The style is not uniform, but the simple, clean lines are obvious. The feeling is in the air. It is my intention that the whole, including the main auditorium, will exude a sense of democracy.” The musical journey is another theme that permeates the architecture of the building. 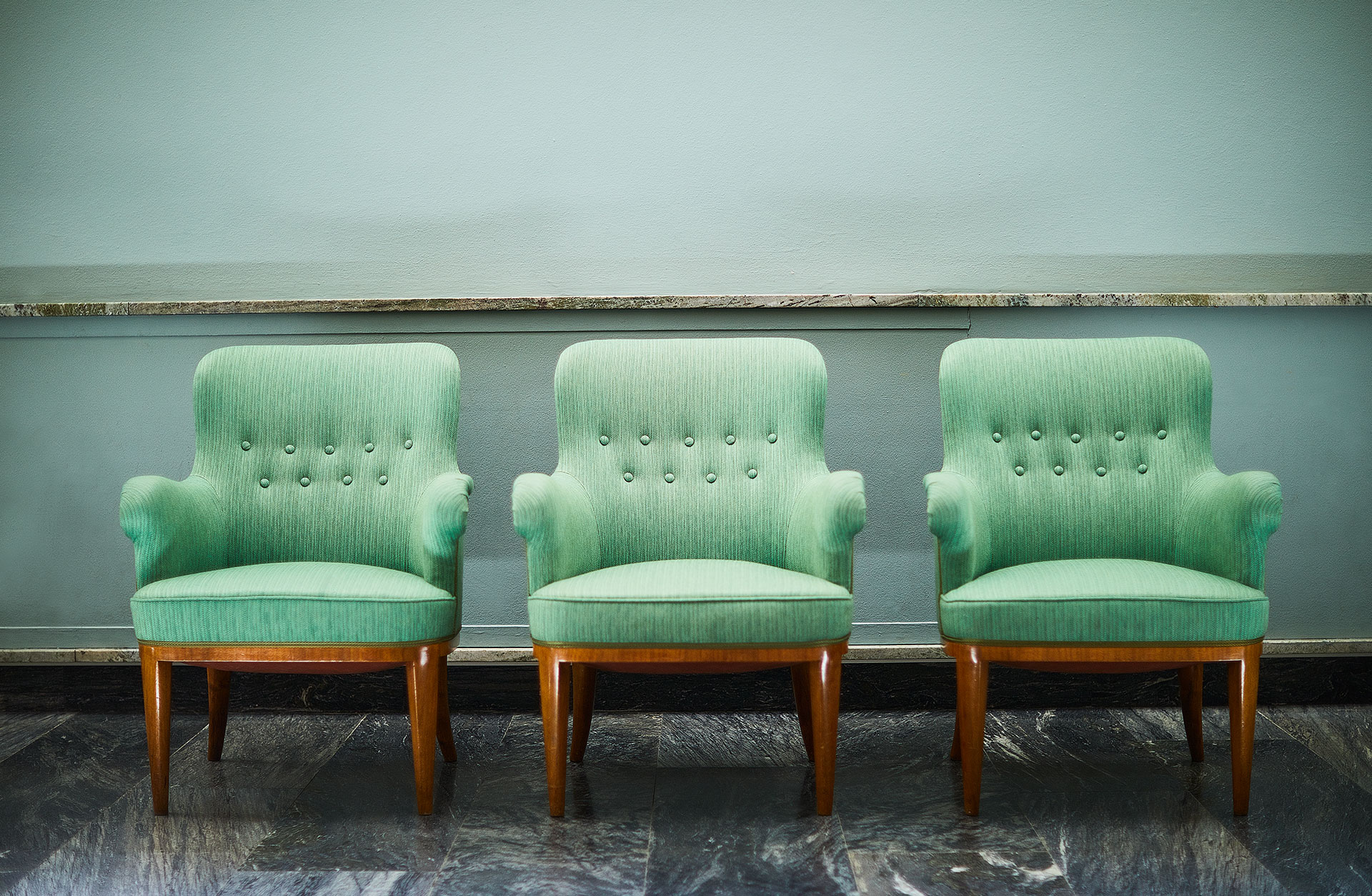 The carpets and upholstery fabrics were created by Inga Wedel, and Simon Gates designed the magnificent drinking fountain, which was produced by Orrefors. The glassworks was involved in the production of almost all glass in the Concert Hall, from the frosted lamp shades and the magnificent chandeliers in the Götaplats Foyer, to the beautiful glass engravings that adorn the windows facing Viktor Rydbergsgatan. Take a moment to discover the wonderful motifs that feature angels, birds, instruments and Odysseus on the waves of the sea! 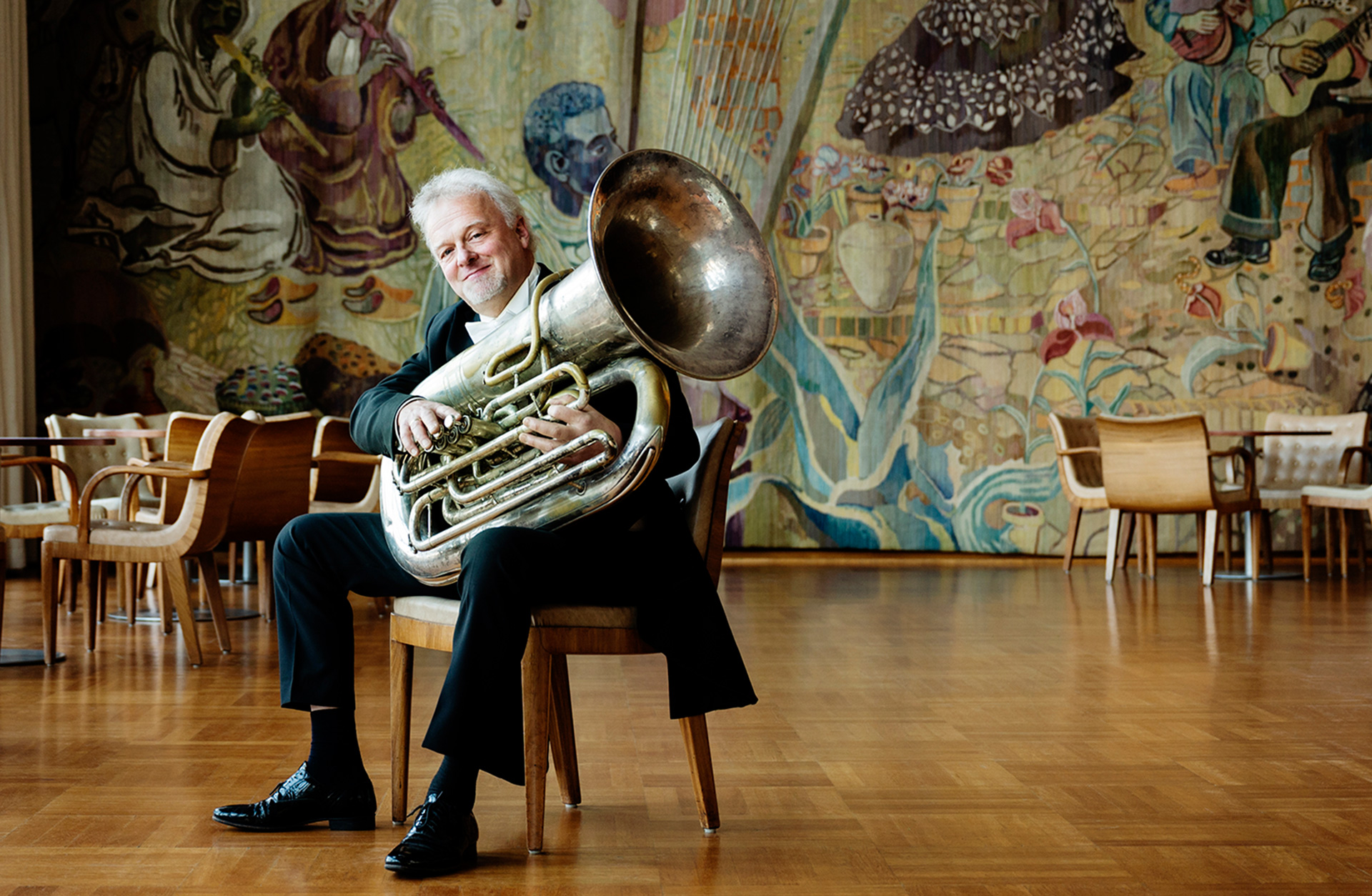 On the walls of the Götaplats Foyer you will find the Concert Hall’s largest picture: Otte Sköld’s fresco painting Folkvisan (The Folk Song), as well as Sweden’s largest tapestry – Melodier vid torget (Melodies at the Market) – with a design by Sven X:et Erixson. Further in, and somewhat more discretely situated, we have Prince Eugen’s antiquity-inspired fresco painting Minnenas land (Land of Memories). These are but a few examples of the Concert Hall’s many fascinating works of art, all of which have their own story to tell. 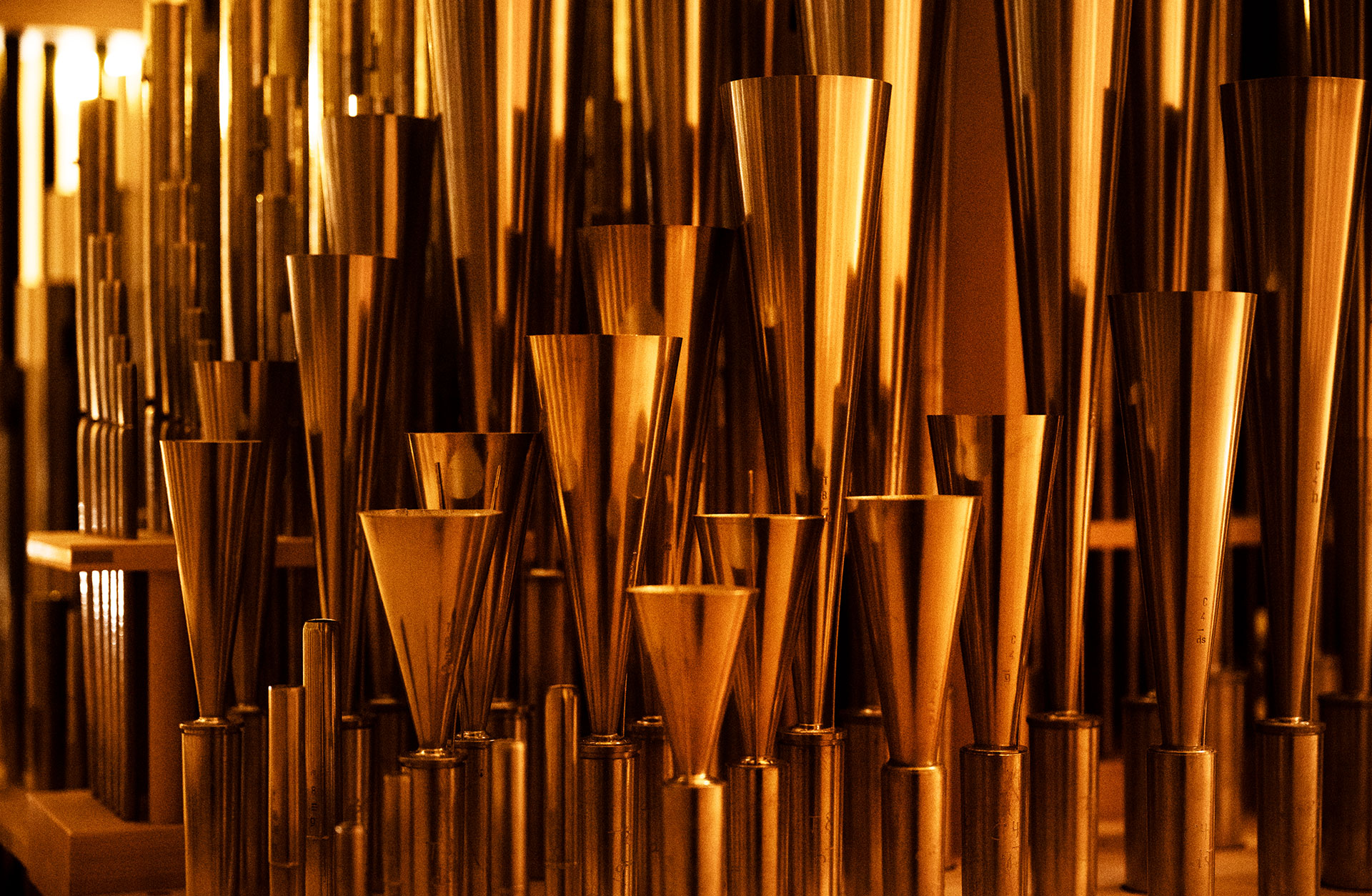 Experience the queen of instruments

When the sound from the over 9000 organ pipes fills the room, it vibrates in the floor and walls!

The organ in the Concert Hall 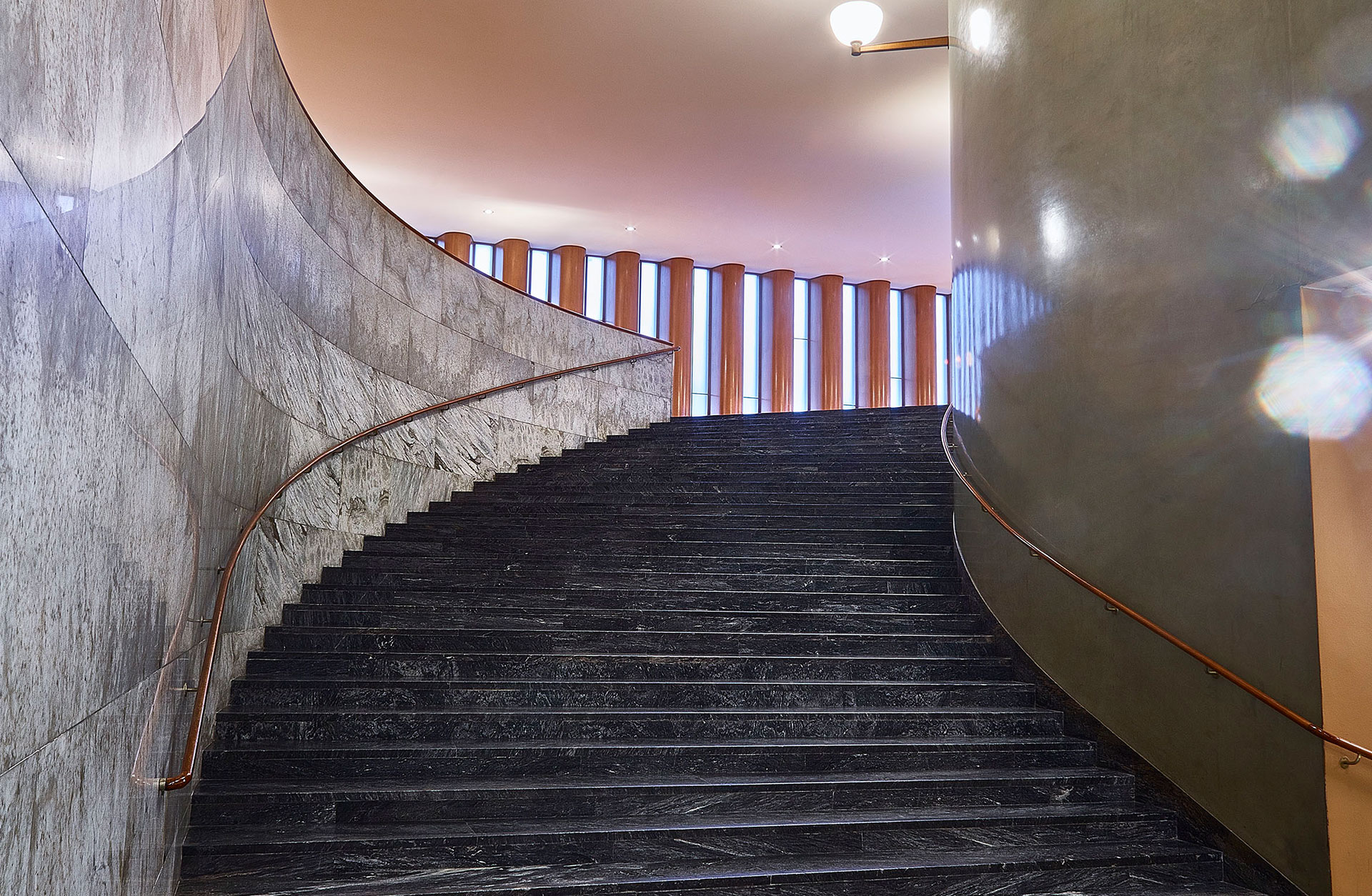 A journey of discovery for the curious

Join a digital tour of Gothenburg Concert Hall, wherever you are! The tour takes 22 minutes and starts in the locker room when you start the video. 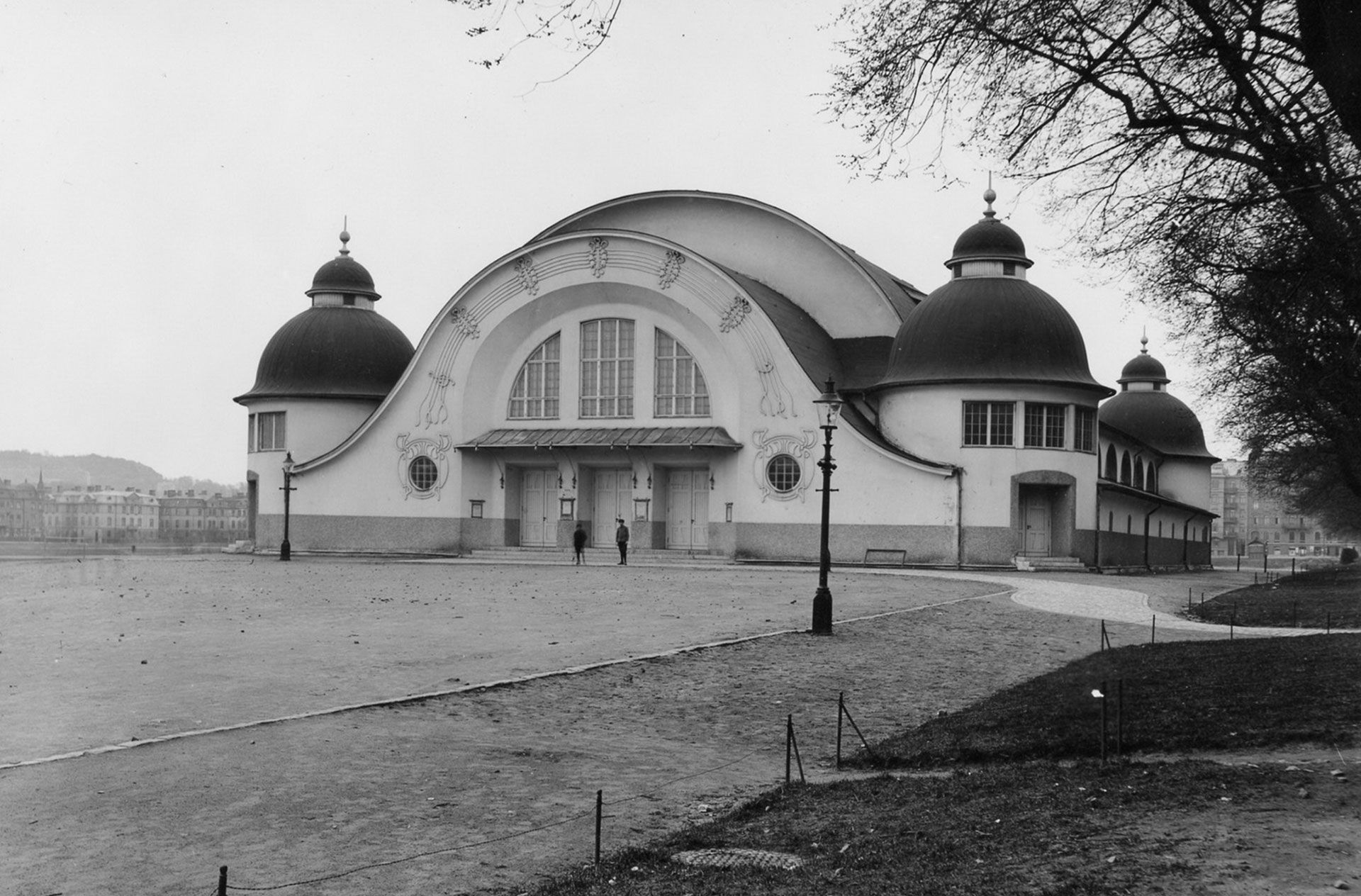 The history of the Concert Hall

If Gothenburg’s music-loving bourgeoisie – merchants, factory owners and shipowners – had gotten their way in 1901, Gothenburg Concert Hall would have been built in the traditional shoebox style, much like the Musikverein concert hall in Vienna, on the site where the Vasa Church now stands. Instead, a breathtakingly generous donation of 700,000 Swedish kronor from Caroline Wijk laid the foundation for the construction of a new concert hall on Götaplatsen square, as the old building at Heden had burnt to the ground in 1928.

When the architect Nils Einar Eriksson set about designing Gothenburg Concert Hall, his aim was to create a place for everyone, with music in focus. The result was a ground-breaking building that was well ahead of its time, and since 1935 visitors from all over the world have been fascinated by the Concert Hall’s stylish functionalism and beautiful natural materials.

”A crab in a rectangle” was Nils Einar Eriksson’s own description of the building he had created. The crab is the main auditorium, designed with focus on acoustics to create a room for musical experiences. The rectangle is the cultural building that helps shape and dignify Götaplatsen, the handsome public square that acts as the city’s cultural hub. 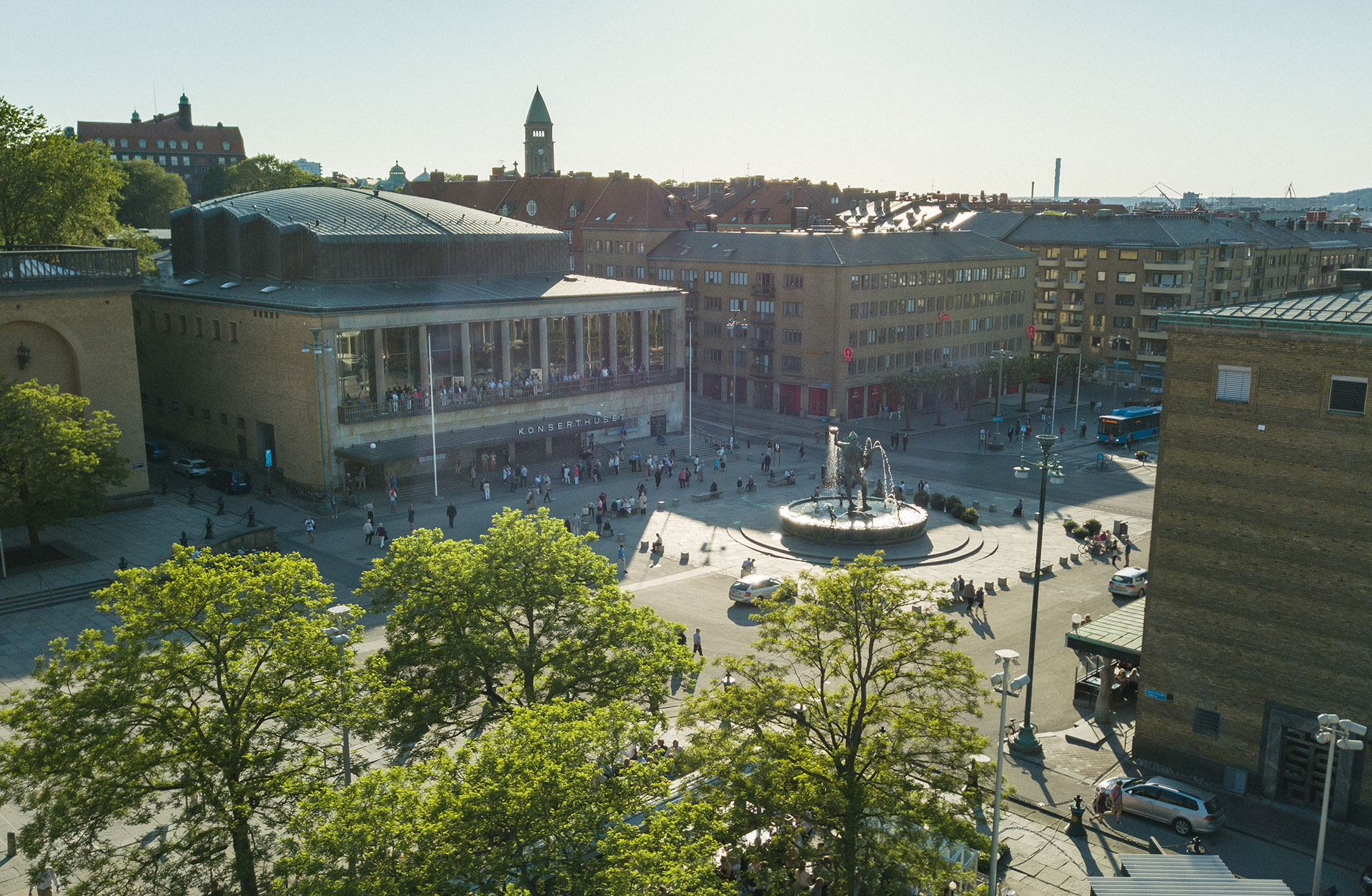 In a newspaper interview in 1932, at the very beginning of the project design process, Nils Einar Eriksson described his idea as follows: ”The style is not uniform, but the simple, clean lines are obvious. The feeling is in the air. It is my intention that the whole, including the main auditorium, will exude a sense of democracy.” The musical journey is another theme that permeates the architecture of the building.

Perhaps you want to find your favourite spot in one of the auditoriums, or check the location of the lift or the nearest washroom. Or perhaps you are simply in the mood for a journey of discovery! In Google Maps you can move around in our public areas – the foyers, the Stora Salen and Stenhammarsalen auditoriums, and the Ticket Office.

Step into the Ticket Office 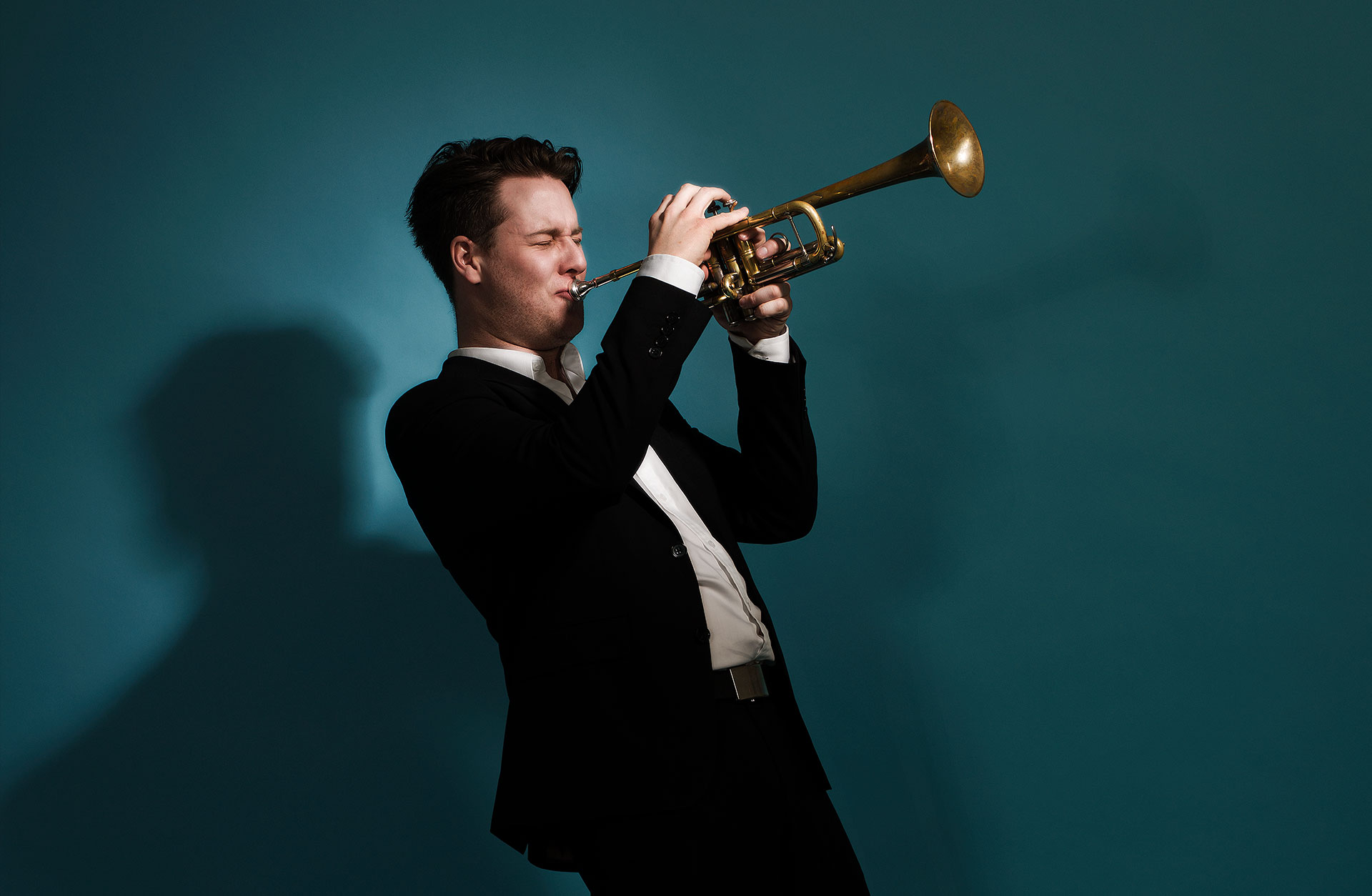 Which concert do you choose?

In our wide range, there is something to suit everyone. Find your favourite in the concert calendar!