The largest youth music camp in the world! Side by Side by El Sistema

Welcome to Side by Side, an international music camp for you about 6-23 years old who loves to sing in a choir or play in an orchestra. Through music, we build bridges between people, cultures and continents.

18-22 June 2022 are the dates for the next edition of the international music camp Side by Side, which is being arranged for the ninth year in a row! During a few intense summer days, children and young people from around the world gather in Gothenburg to play in an orchestra and sing in a choir. To the Side by Side-web 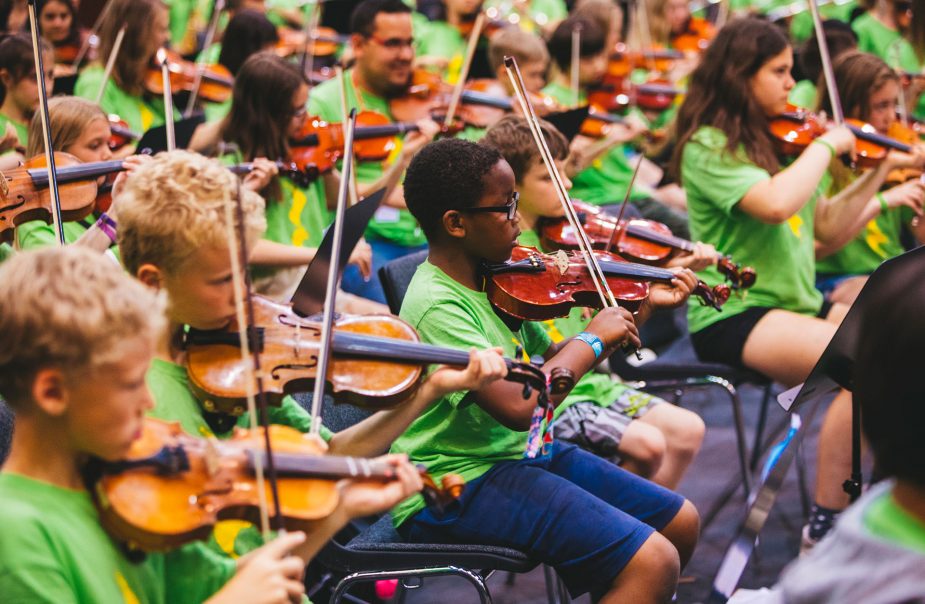 Side by Side 2023: Festival Concert

2023 the youth music camp Side by Side celebrates 10 years and Gothenburg's 400th anniversary with more than 2,000 young musicians and singers from all corners of the world, the Gothenburg Symphony Orchestra and Vocal Ensemble, in Scandinavium! 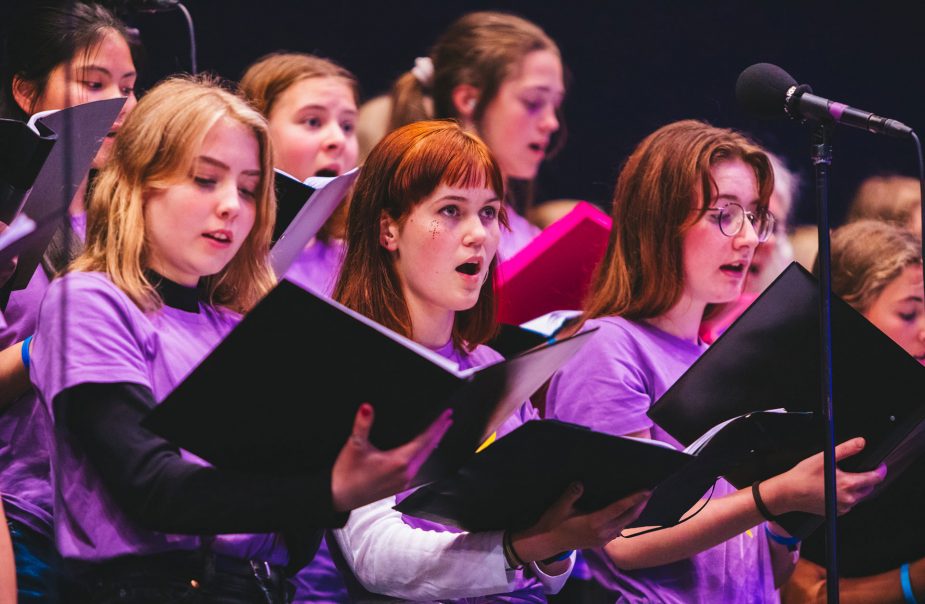 2023 the youth music camp Side by Side celebrates 10 years! This concert is loaded with music performed by the camp’s more than 300 choristers, side by side with musicians from the Gothenburg Symphony Orchestra. 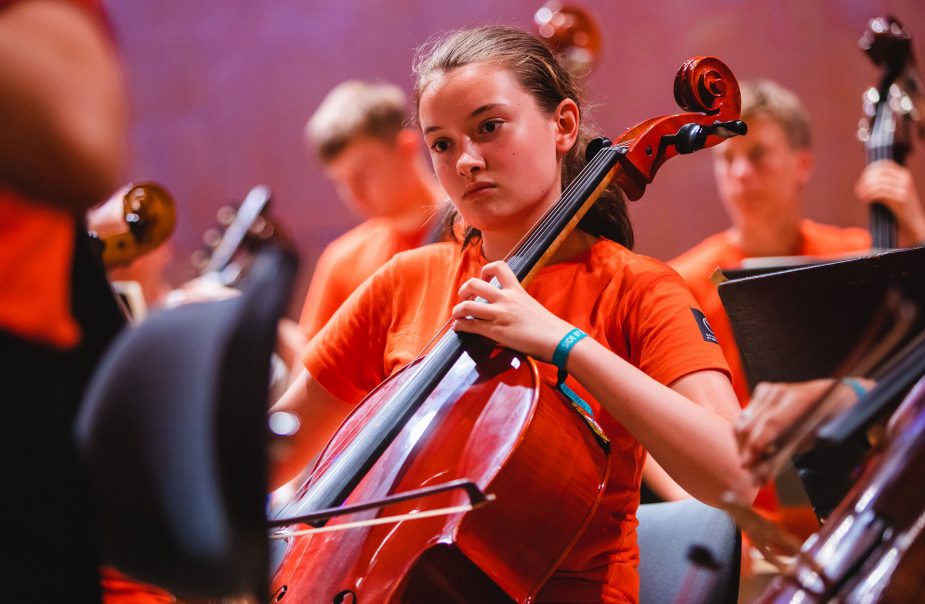 Side by Side 2023: Closing Concert

2023 the youth music camp Side by Side celebrates 10 years! The camp’s closing concert is a magnificent musical experience as the camp’s most talented participants play and sing alongside the Gothenburg Symphony Orchestra and Vocal Ensemble.

Watch Side by Side 2022: Closing Concert live on GSOplay!

The music camp Side by Side by El Sistema concludes with a classical concert where the camp’s most advanced participants show off their skills side by side with Gothenburg Symphony Orchestra. Watch it live streamed on GSOplay June 22 18.00 CET!

To the live broadcast 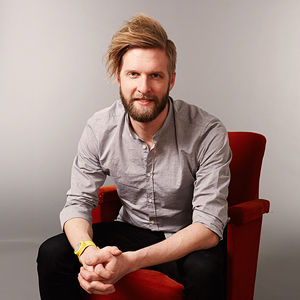 Children and youth from all over the world

During Side by Side by El Sistema in Gothenburg, children and young people from around the world get together to play in an orchestra, sing in a choir and develop their skills and talents while creating memories for life. The participants rehearse and spend time together during the camp, which concludes with a magnificent concert performed side-by-side with musicians from the Gothenburg Symphony Orchestra, who also act as mentors to the participants during the camp.

Furthermore, the participants get to meet exciting artists and performers who take charge of workshops and rehearsals during the camp. At Side by Side, participants are given the opportunity to inspire each other, develop their talents together and acquire new skills and knowledge. Parents and family members are also welcome to take part.

Since 2016, Göteborgs Symfoniker AB has been the main organiser of Side by Side in close collaboration with the El Sistema Sweden Foundation. El Sistema is a program that was created in Venezuela in 1975 by the economist and musician José Antonio Abreu, with the vision of using the power of music to create and develop positive social change in the lives of children and young people.

With a shared passion for music, Side by Side by El Sistema builds bridges between people, cultures and continents.

“These kids have matured by three years in one week,’ said one of the teachers as we walked through Gothenburg. That really is the best description of the effect that the trip to Sweden has had on this group of young musicians from In Harmony Telford and Sistema in Norwich.”

To the Side by Side-web

Music is important to children and young people, not least during a pandemic. It was therefore extremely gratifying to be able to arrange the international music camp Side by Side by El Sistema in a completely digital format during 19-23 June 2021.

Here is a glimpse of what happened on the camp’s platform on Sunday, 20 June 2021:

In this year’s head song, the arrangers Tvete Vik & Dahlgren merged Maroon 5’s Memories with Johann Pachelbel’s Canon in D to create the camp’s most ambitious arrangement ever. The song was recorded by the participants during the spring and had its premiere in the form of a music video during the live-streamed festival concert on 23 June: 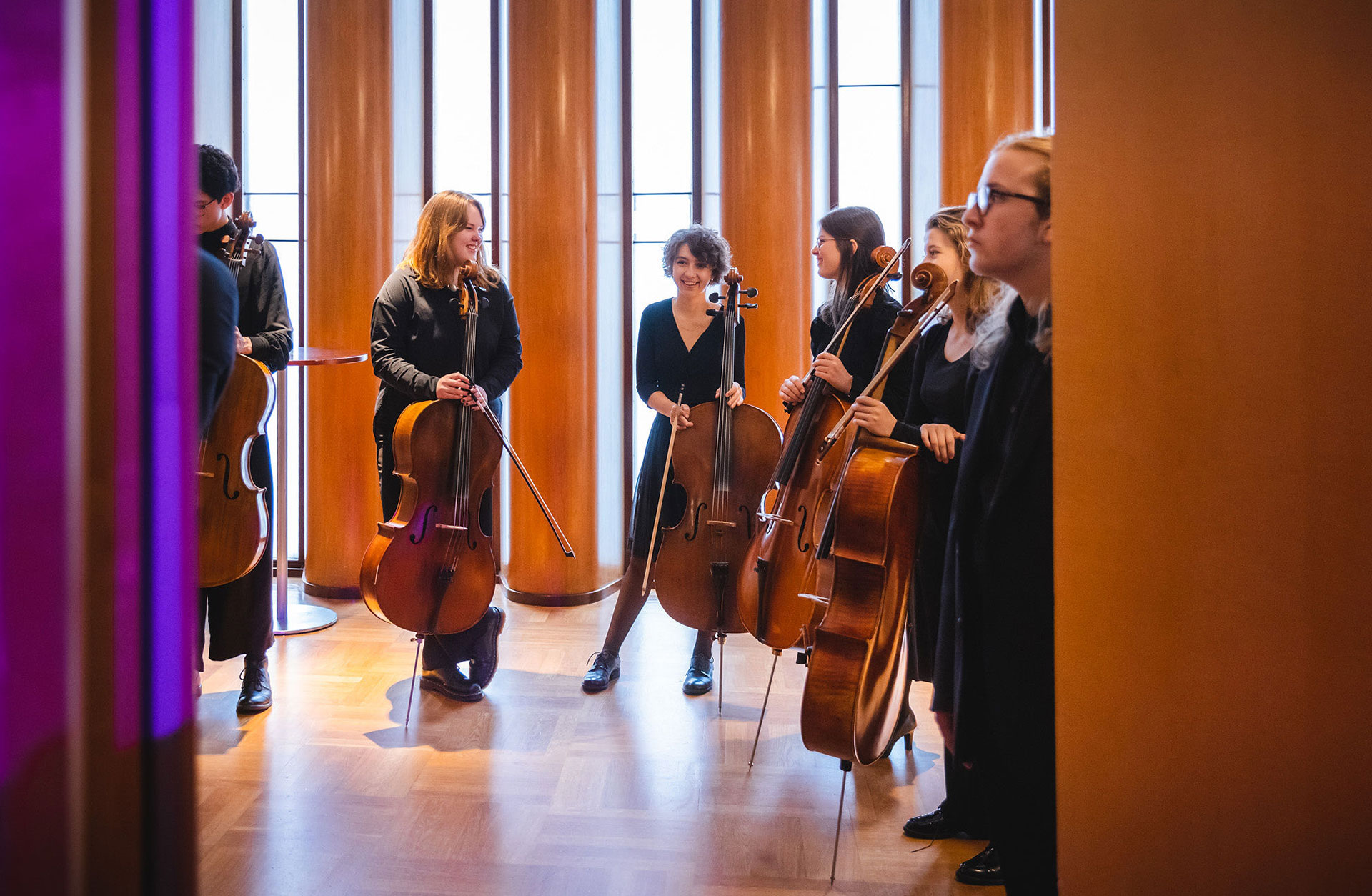