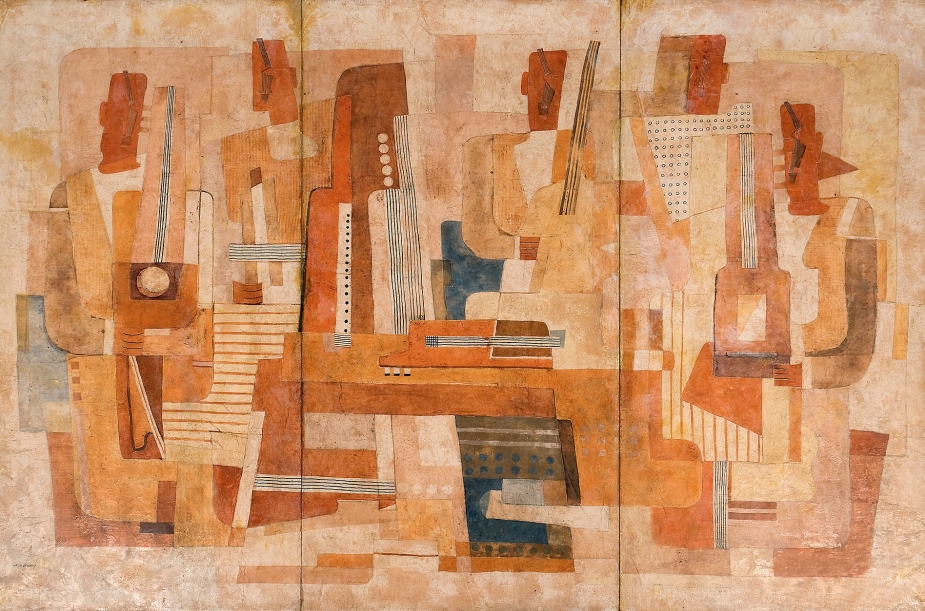 Gift 1997 from Sten A Olsson and the Wedel family.

Nils Wedel was a painter, graphic artist and artisan influenced by both Cubism and Surrealism. He was educated at the Handicraft Association’s school in Gothenburg and the Academie Moderne in Paris and was active as a teacher at the Handicraft Association’s school. Nils Wedel has performed a number of public works and is represented at the National Museum, Gothenburg Art Museum and the museums in Norrköping and Karlstad.