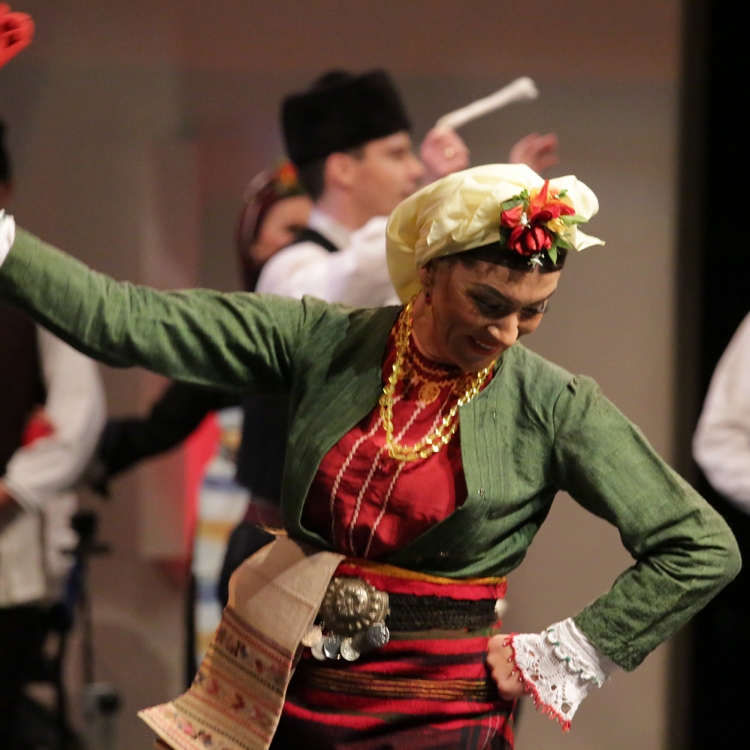 The ensemble “Tanec” is a symbol of the Macedonian folklore, tradition and culture for about 6 decades; it is an ambassador that unselfishly shares and presents Macedonian tradition in the country and abroad.

For 6 decades “Tanec” has been a mobile museum of the most beautiful, precious and ancient Macedonian material and nonmaterial folklore heritage, costumes, with unique embroideries that represents the core of Macedonian identity deeply curved in the conscience of Macedonians. Some of the costumes have more than 150 years.
The ensemble of the traditional folk dances and songs “Tanec” was created in 1949, by “Decree of the Macedonian Government”, as a need to create institution which will preserve, take care and enrich the Macedonian folklore.