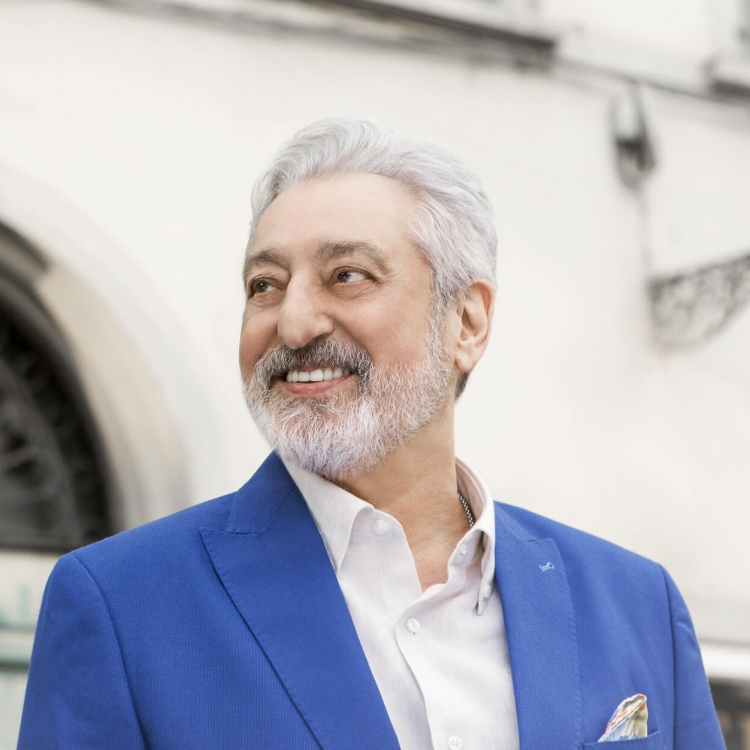 Throughout his 50 year career, Ebi has released over 30 albums, and closer to 100 singles, performed sold out shows across the world, and continuously released an endless string of hits, transcending Ebi’s fan base through 3 generations of Iranians worldwide.
Since the Islamic revolution, Ebi’s music has been illegal to play in Iran, yet his audience is ever growing, both inside, and outside of his birth country. This is manifested by 5 decades of touring the globe, performing for millions of fans, selling out some of the most prestigious venues in the world: Royal Albert Hall, Microsoft Theatre L.A Live, Wembley Stadium, Sydney Opera House, Air Canada Center, Globen, Cologne Arena, Sony Center Toronto, Queen Elizabeth Theatre, Greek Theatre Los Angeles, and many many more. Ebi’s passion for all genres of music has always lead him to push the envelope, constantly evolving his music and allowing himself to be influenced by his surrounding time and place. This has allowed him to enjoy a truly remarkable fan base where age plays no difference.
His incredibly genuine connection to his fans has made him more than just a Pop Icon, but a symbol for his people. His active stance against political injustice, oppression of women, and constant charitable ambitions has always been Ebi’s “banner,” clearly visible in his music as well as throughout all aspects of his life.