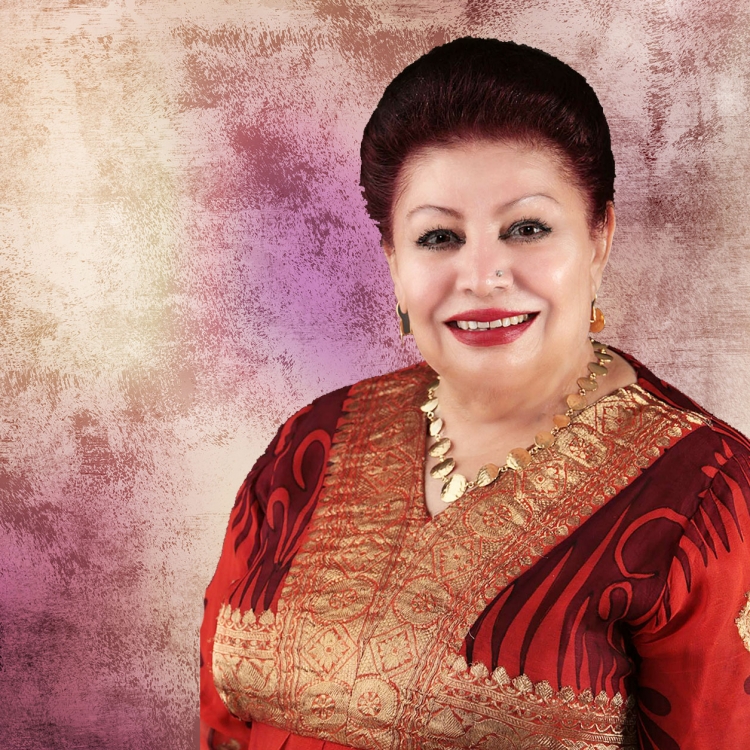 Ustad Farida Mahwash’s phenomenal career has lasted during two wars and a forced isolation from her homeland Afghanistan. In 1991, she and her family received political asylum in the United States.

Ten years later, Mahwash reunited with other Afghan exile musicians and founded The Kabul Ensemble. The group appeared at several of Europe’s most prestigious stages and in 2003 they released the acclaimed album Radio Kaboul. The rich collection of songs acclaims composers and musicians who are lost or in exile from the golden era of Afghanistan’s radio.

The Riksteater concept FeminEast focuses on strong women in the theme initiative Voices of Change. Unforgettable concerts targeting female voices from the Middle East. Voices that can not be heard. Voices opposed to conquering the world and overthrowing structures. Get ready for a unique artist cavalry that spreads energy and strength.