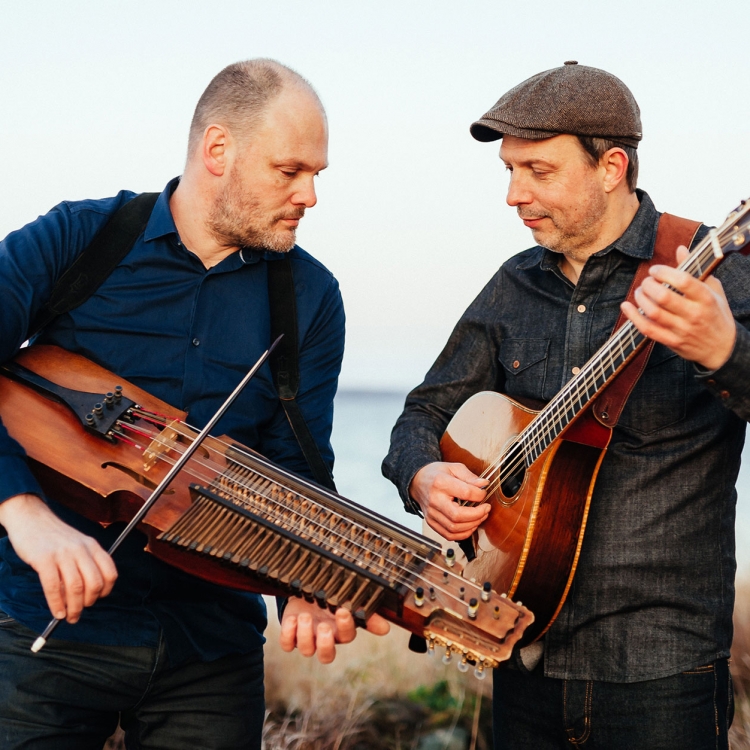 Event has already taken place. Magic and twosome virtuosity by a folk duo firmly rooted in the soil of South-Swedish Skåne.

Since the duo’s birth in 2011, its dazzling brilliance and drive has been noticed in both the Swedish and international folk music scene. In fact, Hazelius Hedin’s music has garnered approval far beyond the borders of the genre of folk. Jorland contains the sound of Johan Hedin’s various nyckelharpas, which at times sound like an organ, at times like birdsong – or a rumbling backdrop to Esbjörn Hazelius’ pleasantly gentle singing in his south Swedish Göinge dialect. 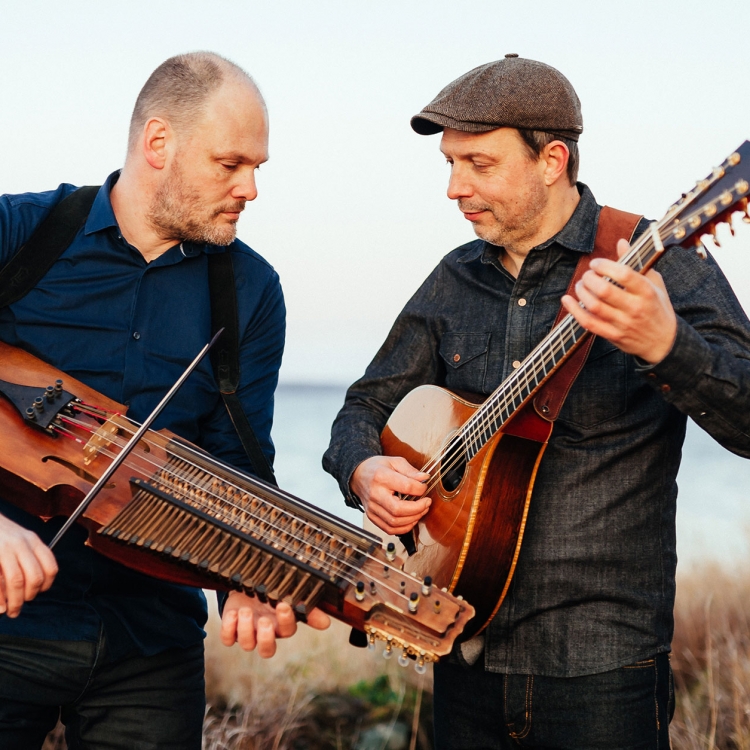