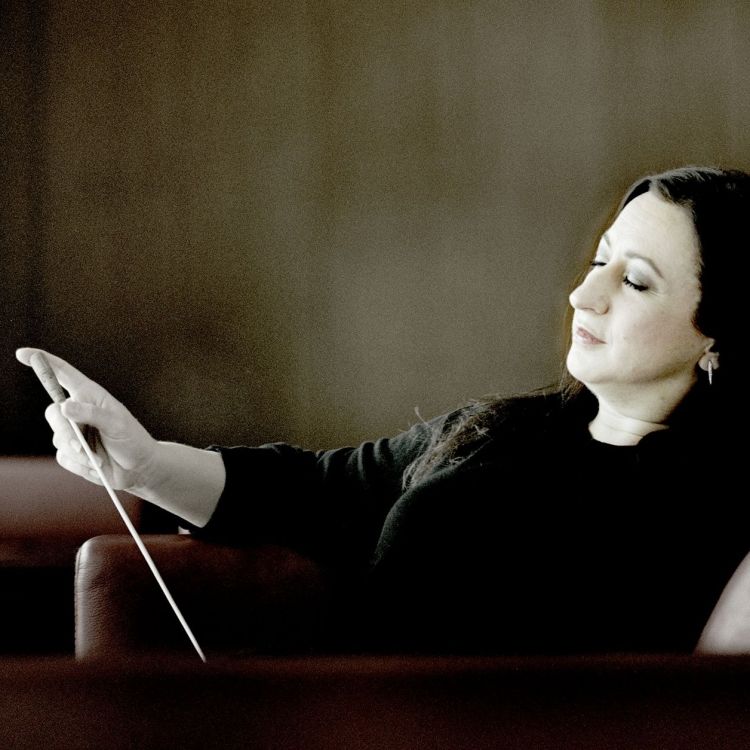 The concert is  a collaboration with the GAS-festival.

Stay after the concert 21 october

Stay in the Götaplats foyer after the concert the 21 october and experience Offstage with musicians from the Gothenburg Symphony.

Beethoven Adagio molto e mesto from String Quartet in F major, Op. 59 No. 1 (Razumovsky) 12 min
Dean Testament 14 min
Composer's Notes Deutsch A project was mooted some years ago involving a piece for strings that in some way related to Beethoven’s life and music. The ideas that evolved following this initial query have since endured and developed. These thoughts were initially realised in a first version of Testament for 12 Violas (2002), for my former colleagues from the Berlin Philharmonic’s viola section, a group with whom I had played so much of Beethoven’s music and from whom I have learnt so much. It has been a wonderful experience to now expand on these ideas further for the TSO’s classical or “Beethoven” sized orchestra, with double winds, horns, trumpets and timpani as well as the regular, classically sized compliment of strings. As I started work on this score, I reread Beethoven’s famous Heiligenstadt Testament, his last will and testament, written comparatively early in life, on learning of the irreversibility of his worsening hearing ailments. One particularly haunting sonic idea that struck me at that point was the quietly feverish sound of Ludwig’s imagined quill writing manically on leaves of parchment paper. Beethoven’s 1802 Testament certainly displays the same aspects of his impetuous temperament, so readily recognizable from other examples of his (often barely legible) manuscripts and other letters. Added to this is a heightened sense of pathos, despair and self pity which makes this such a particularly moving document. “Ah” he writes at one point, “how could I possibly admit an infirmity in the one sense which should have been more perfect in me than in others, a sense which I once possessed in highest perfection…”(“Ach wie wär es möglich daß ich dann die Schwäche eines Sinnes angeben sollte; der bej mir in einem vollkomenern Grade als bej andern sein sollte, einen Sinn denn ich einst in der größten Vollkomenheit besaß…”) Testament begins with sounds of hasty, breathless, but almost silent desperation as the orchestral strings play their instruments with bows not treated with rosin and the wind players blow only air through their instruments. Without the usual traction that rosin provides, a rosinless bow glides with an eerie surface noise over the strings, only occasionally and sporadically able to bring out a full tone in the usual manner. Through this way, the main material for the piece is presented almost as if behind a gauze, or as if itself hampered by a hearing ailment. One sees much action, but it is an indeterminate aural experience. The restless, scherzo-like character of these scribblings eventually gives way to slower music, led by a high, floating cantilena in the flute, the shape of which is informed by a setting of some words from Beethoven’s text, a kind of song with words, but without voices. Quotations from the slow movement of his 1st Razumovsky, op. 59 string quartet begin to increasingly inhabit the space but are broken off without being able to find cohesion. A sense of loss and alienation remains hanging in the air when, with fully rosined bows in the entire strings, the implied anguish behind the music suddenly and ultimately comes to the fore in the full orchestra. The ensuing fast music is a fuller development of the opening bars of hushed disquiet, at times outwardly aggressive, at other times again inward and unresolved in its intent, or even unexpectedly light and pliable, including fragmentary references to Beethoven’s flamboyant Op.59/1 finale. This air of ambivalence remains until the end of Testament, suspended somewhere between languor and resolve. The time Beethoven spent in the quiet village of Heiligensdtadt outside Vienna, culminating as it did in the realization that his complete deafness was imminent and irreparable, ironically also marked the beginning of one of the most creative phases in his compositional life, leading quickly to the Eroica Symphony, the Razumovsky Quartets and other thoroughly revolutionary scores. His time in Heiligenstadt then was a leave-taking, an acceptance and a fresh start. © Brett Dean 2008
Intermission 25 min
Mozart Requiem 55 min
ROMAN CATHOLIC LITURGY