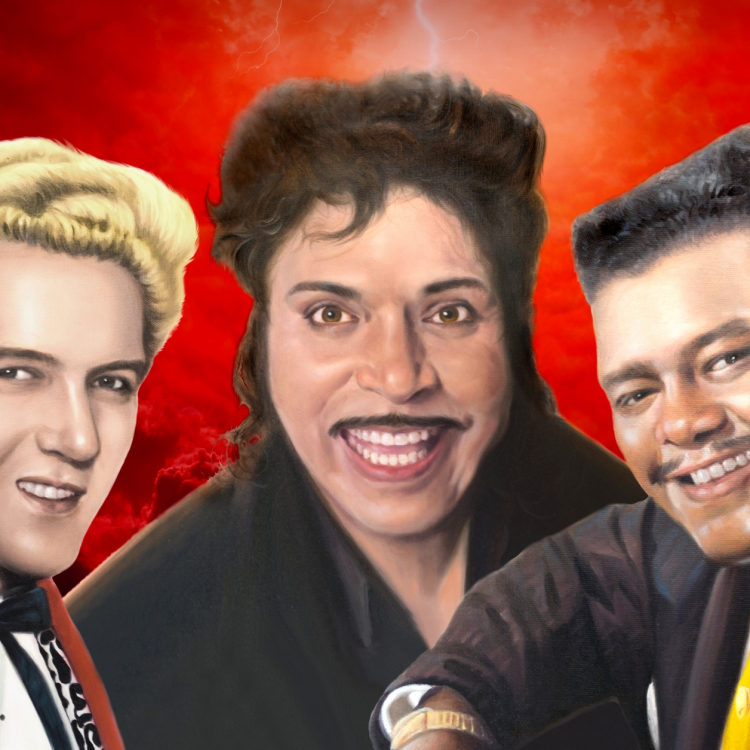 After the success spring – 22, PIANO KINGS is now coming to Gothenburg! Piano virtuoso Jerry “Lee” Carlson – most recognized for his incomparable interpretations of Jerry Lee Lewis. The Legends presents; A tribute to piano rock’n’roll pioneers Little Richard, Fats Domino and of course – Jerry Lee Lewis. Together with Henrik Åberg, Jerry Lee Lewis’s sister (!) – Linda Gail Lewis – and none other than Emilio Walter (who had success in, among other things, Allsång at Skansen), we are treated to the favorites we remember but too rarely get to hear on the radio; I’m Walking, Good Golly Miss Molly, Blueberry Hill, Great Balls Of Fire, Tutti Frutti and many more.

Together with “The Blueberry Hill Band” they gather with three pianos on stage!

Jerry Carlson broke through in “Aim for the Stars” and has also appeared in, among other things “Bingolotto” and “Talang”. He most recently made a big hit on French television for 4 million TV viewers, where he showed off his unique and imaginative piano playing.

Join us for a nostalgic evening where the piano takes center stage. Also – a story about when boogie woogie became rock’n’roll – with the music of three heroes that never go out of time! A wonderful concert – with exciting features is to be expected!