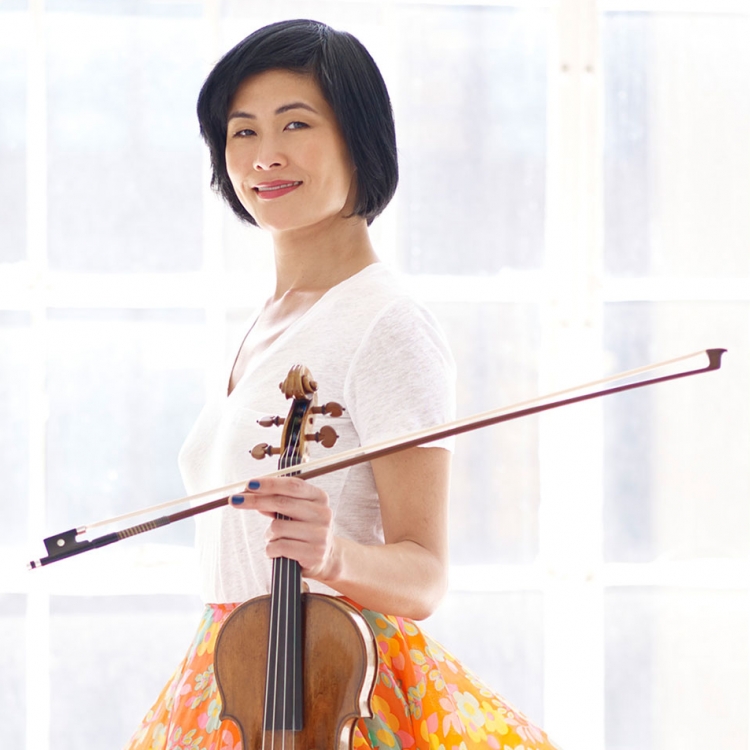 Here, she is the soloist of Esa-Pekka Salonen’s celebrated violin concerto, which was awarded the prestigious Grawemeyer award of 100,000 dollars in 2012. A captivating and streamlined work that summarises his many years working with music in Los Angeles.

In 2016, a piece by Stravinsky was rediscovered at a music library in St Petersburg. It was a piece of funeral music that he wrote for a memorial concert for his teacher Rimsky-Korsakov, Funeral Song, which has been called the missing link between Feu d’Artifice and The Firebird.

Stravinsky wrote, prophetically, in his memoirs: “I wish that somebody in Leningrad could look for the music, for I am curious of how I composed just before The Firebird.”

During these years in the 1910s, Stravinsky was hugely creative in his collaboration with the Russian Ballet in Paris. The Firebird was followed by Petrushka, and then came masterpiece The Rite of Spring – perhaps the most important and famous orchestral piece of the 20th century. Inspired by the violence of Russian spring, he composed music that was daring and innovative in equal measure – nothing like it had ever been heard before.

This orchestral explosion with its mysterious passages never ceases to fascinate, here under the leadership of the chief conductor of Gothenburg Symphony Santtu-Matias Rouvali. 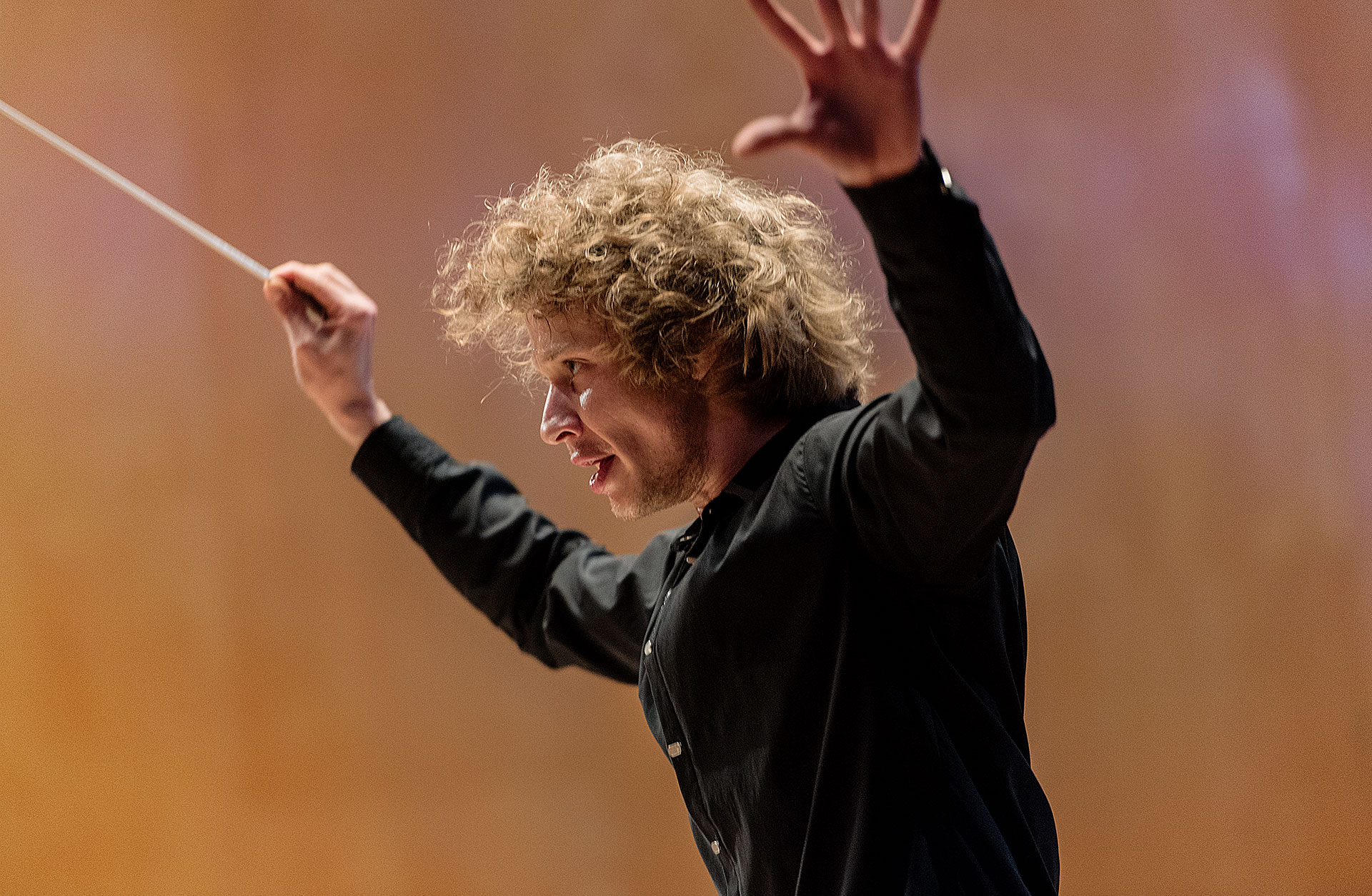 Stravinsky Funeral Song 12 min
Salonen Violin Concerto 32 min
I wrote my Violin Concerto between June 2008 and March 2009. Nine months, the length of human gestation, a beautiful coincidence. I decided to cover as wide a range of expression as I could imagine over the four movements of the Concerto: from the virtuosic and flashy to the aggressive and brutal, from the meditative and static to the nostalgic and autumnal. Leila Josefowicz turned out to be a fantastic partner in this process. She knows no limits, she knows no fear, and she was constantly encouraging me to go to places I was not sure I would dare to go. As a result of that process, this Concerto is as much a portrait of her as it is my more private narrative, a kind of summary of my experiences as a musician and a human being at the watershed age of 50. Movement I Mirage The violin starts alone, as if the music had been going on for some time already. Very light bell-like sounds comment on the virtuosic line here and there. Suddenly we zoom in to maximum magnification: the open strings of the violin continue their resonance, but amplified; the light playfulness has been replaced by an extreme close-up of the strings, now played by the cellos and basses; the sound is dark and resonant. Zoom out again, and back in after a while. The third close-up leads into a recitative. Solo violin is playing an embellished melodic line that leads into some impossibly fast music. I zoom out once again at the very end, this time straight up in the air. The violin follows. Finally all movement stops on the note D, which leads to… Movement II Pulse I All is quiet, static. I imagined a room, silent: all you can hear is the heartbeat of the person next to you in bed, sound asleep. You cannot sleep, but there is no angst, just some gentle, diffuse thoughts on your mind. Finally the first rays of the sun can be seen through the curtains, here represented by the flutes. Movement III Pulse II The pulse is no longer a heartbeat. This music is bizarre and urban, heavily leaning towards popular culture with traces of (synthetic) folk music. The violin is pushed to its very limits physically. Something very Californian in all this. Hooray for freedom of expression. And thank you, guys! Movement IV Adieu This is not a specific farewell to anything in particular. It is more related to the very basic process of nature, of something coming to an end and something new being born out of the old. Of course this music has a strong element of nostalgia, and some of the short outbursts of the full orchestra are almost violent, but I tried to illuminate the harmony from within. Not with big gestures, but with light. When I had written the very last chord of the piece I felt confused: why does the last chord – and only that – sound completely different from all other harmony of the piece? As if it belonged to a different composition. Now I believe I have the answer. That chord is a beginning of something new. — Esa-Pekka Salonen
Intermission 25 min
Stravinsky The Rite of Spring 34 min

Gothenburg Symphony Orchestra
The Gothenburg Symphony, called "one of the world's most formidable orchestras" by the Guardian, has toured the USA, Europe, Japan and the Far East and performed at major music centres and festivals throughout the world. Chief conductor is Santtu-Matias Rouvali who started his tenure in 2017. Kent Nagano has been principal guest conductor since 2013. Already at the orchestra's very first years, the great Swedish composer Wilhelm Stenhammar was appointed principal conductor, contributing strongly to the Nordic profile of the orchestra by inviting his colleagues Carl Nielsen and Jean Sibelius to conduct their own works. Subsequent holders of the post include Sergiu Comissiona, Sixten Ehrling and Charles Dutoit. During Neeme Järvi's tenure (1982-2004), the orchestra became a major international force. In 1997 it was appointed the National Orchestra of Sweden. The list of prominent guest conductors has included Wilhelm Furtwängler, Pierre Monteux, Herbert von Karajan, Myung-Whun Chung, Herbert Blomstedt and Sir Simon Rattle. The orchestra also runs extensive concert projects for children, and regularly releases digital live concerts free on www.gsoplay.se. The orchestra has issued over 100 recordings on BIS, Deutsche Grammophon, Chandos, Farao Classics and several other labels, including the complete orchestral music by Grieg and the complete symphonies of Sibelius, Nielsen, Stenhammar and Atterberg, and most recently orchestral music by Richard Strauss. The Gothenburg Symphony is owned by the Region Västra Götaland. www.gso.se
Santtu-Matias Rouvali conductor
Hailed by The Guardian as "the latest sit-up-and-listen talent to emerge from the great Finnish conducting tradition," the 2018/19 season will see Santtu-Matias Rouvali continuing his positions as Chief Conductor of the Gothenburg Symphony and Principal Guest Conductor of the Philharmonia Orchestra, alongside his longstanding Chief Conductor-ship with the Tampere Philharmonic Orchestra close to his home in Finland. Rouvali has regular relationships with several orchestras across Europe, including the Orchestre Philharmonique de Radio France, Oslo Philharmonic Orchestra, Bamberger Symphoniker and the Deutsches Symphonie-Orchester Berlin. As well as making his debut with the Münchner Philharmoniker this season, he also returns to North America for concerts with the Minnesota Orchestra and Detroit Symphony Orchestra. Following a very successful Nordic tour with Hélène Grimaud last season, the Gothenburg Symphony is back on the road in February 2019 for a tour hitting major centres in Germany and Austria with pianist Alice Sara Ott, and percussionist Martin Grubinger who premieres a new percussion concert by Daníel Bjarnason. Rouvali looks forward to other ambitious touring projects with his orchestras in the future, including appearances in North America and Japan. In addition to the extensive tour, Rouvali's season in Gothenburg opens with Strauss' Alpine Symphony accompanied by Víkingur Ólafsson Mozart Piano Concerto No.24, and he looks forward to collaborations with Janine Jansen, Patricia Kopatchinskaja and Baiba Skride throughout the rest of the season. As another cornerstone to his tenure in Gothenburg, he is adding his mark to the Orchestra's impressive recording legacy. In partnership with Tampere Philharmonic Orchestra and violinist Baiba Skride, a recording featuring concertos from Bernstein, Korngold and Rozsa is released in autumn 2018.This continues his great collaboration with Baiba Skride following their hugely successful recording of Nielsen and Sibelius' violin concertos with the Tampere Philharmonic Orchestra in summer 2015. Rouvali has been Artistic Director and Chief Conductor of the Tampere Philharmonic Orchestra since 2013. Highlights of the tenure so far include a Sibelius symphony cycle in autumn 2015, and the Orchestra's first tour to Japan in spring 2017 where they were accompanied by an exhibition of original Moomin drawings by Tove Jansson to mark the opening of the new museum at the Tampere Hall. He opens the 2018/19 season with a Beethoven programme with pianist Javier Perianes. Alongside an extremely busy symphonic conducting career, as Chief Conductor in Tampere he has conducted Verdi's La forza del destino and most recently world premiere of Olli Kortekangas's My Brother's Keeper (Veljeni vartija) with Tampere Opera in spring 2018.
Jennifer Koh violin