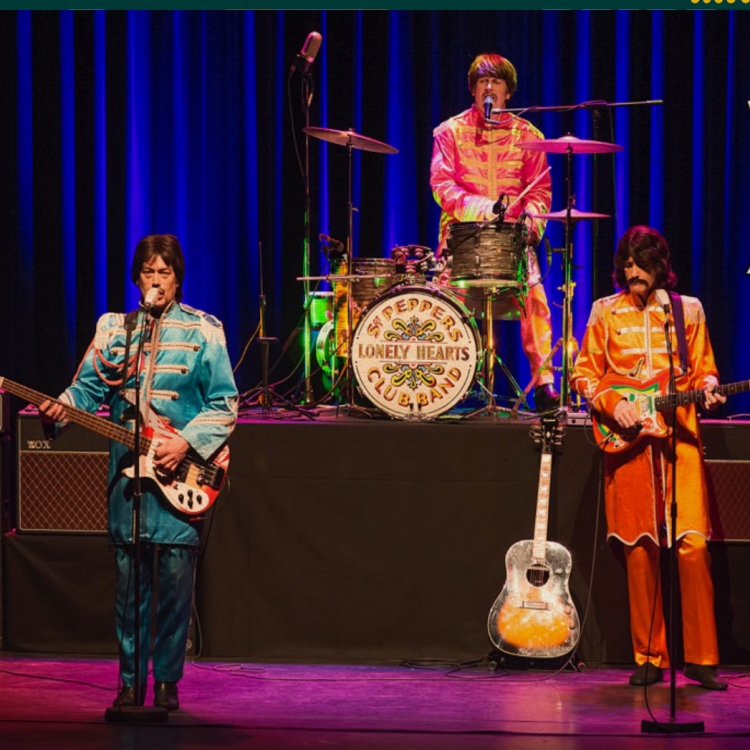 Event has already taken place. Relive the Revolution of the Summer of Love!

This was the year where The Beatles released their best selling album Sgt. Peppers Lonely Hearts Club and the following Magical Mystery Tour, which featured one most creative and experimental songs of the band.

In the very same year the revolutionary movement Summer of Love took place. An unprecedented social gathering in San Francisco (USA) of artists, musicians, poets and radicals who would change the world through music and art; protesting war with peace and love; and ushering in an era of greater connectivity. The psychedelic music from Sgt. Pepper was inspiration to this movement.

The show is a History Tour through the works of the greatest pop music phenomenon. Replicating, in both sight and sound, the excitement and energy of Beatlemania, the psychedelic era of Sgt. Pepper Lonely Hearts Club and Magical Mystery Tour, and also the creative masterpieces of The White Album and Abbey Road. Four costume changes and lighting scenes compliment the changes in musical complexity as the show develops to it’s climax.

The Cavern Beatles are one of only a handful worldwide, which executes their entire show completely live with just the four musicians. There are absolutely no backing tracks or tapes used in the performance.

The band’s cast members, as well as being talented instrumentalists and singers – hugely dedicated Beatle fans – intent on recreating their individual character on stage. Their uncanny vocal resemblance to the Fab Four is due to their upbringing in the same place…..Liverpool.

As ambassadors of “The most famous club in the world”, The Cavern Beatles bring to the stage the music that has now influenced 3 generations.

Their breath-taking attention to detail has drawn the attention of German music companies, Hofner Guitars and Pyramid Strings, both of whom now endorse them with their products.

With their widespread appeal being more apparent than ever in the varying age groups that continue to follow the band, The Cavern Beatles are widely regarded as being as close to the real thing as they are ever likely to get.

Relive the Revolution of the Summer of Love!

“Like a scene from A Hard Days Night – Amazing.”
THE SUNDAY TIMES
“They have studied the mannerisms, gestures and expressions of their superstar subjects
and they are accomplished singers and instrumentalists who manage to capture the musical feel of the original Fab Four”
Former Beatle Press Officer – TONY BARROW