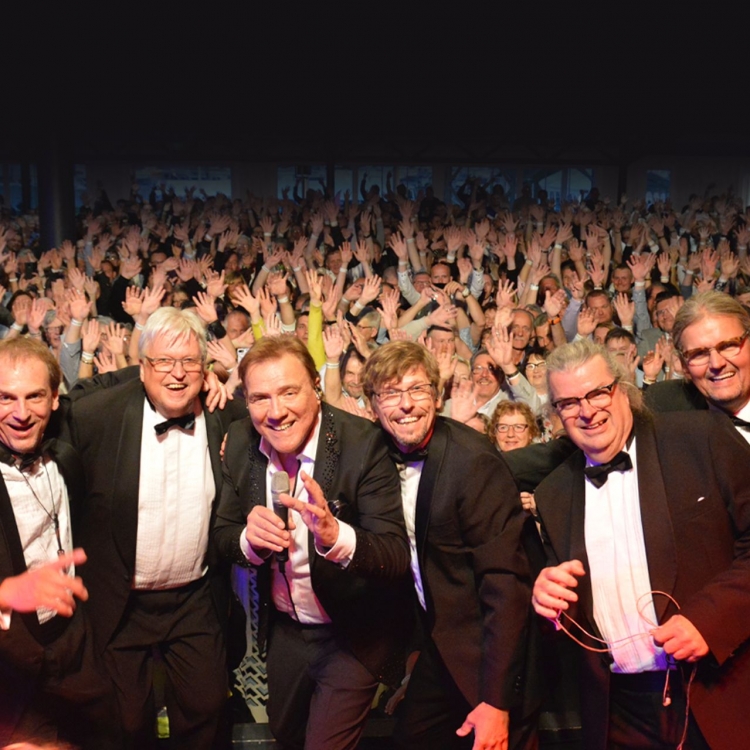 Of course, you will hear unforgettable classics from the entire Vikings’ long career, from “Blue Hawaii”, “Smiling Golden Brown Eyes” and masterpieces such as “Genghis Kahn” and the extremely popular “Can you love someone from a distance”.

The fantastic tale of the Vikings begins as early as 1960 with Jicoo & The Vikings and in the early 70’s they changed their name to The Vikings. From the 1970s onwards, they have lined up lots of hits on the Swedish top with songs such as “On the roof of the world”, “You just gave promises”, “Genghis Kahn”, Blue Hawaii “, and many more throughout the Nordic region.

In 1998, “Can you love someone from a distance” was in first place for 26 weeks on the Swedish top, an incredible success that few artists can be proud of. The singer and “hagforsingen” Christer Sjögren joined the band in 1978 and he has since become one of our country’s most beloved artists is no understatement.

During that band’s long success story, they also managed to release 3 records in Germany that sold more than 600,000 copies. In total, the Vikings have sold more than an incredible 12 million records in the Nordic countries, which is completely unique.

In 2004 a farewell concert was held in Arvika and now 16 years later this beloved orchestra is back again to the great joy of all fans around the Nordics. And that the fans have been waiting has already been confirmed, among other things, by breaking their own audience record in Finland this summer from 1980, and two concerts in Karlstad that sold out in record time.

In 2021 and 2022, the Vikings with Christer Sjögren will for the first time do a few exclusive concerts in front of seated audiences in addition to a few dance galas around the Nordics. This is the last chance for all fans to see the Vikings live.

Organizer http://www.besterman.nu
13-year age limit due to the National Board of Health and Welfare’s requirements for noise level.