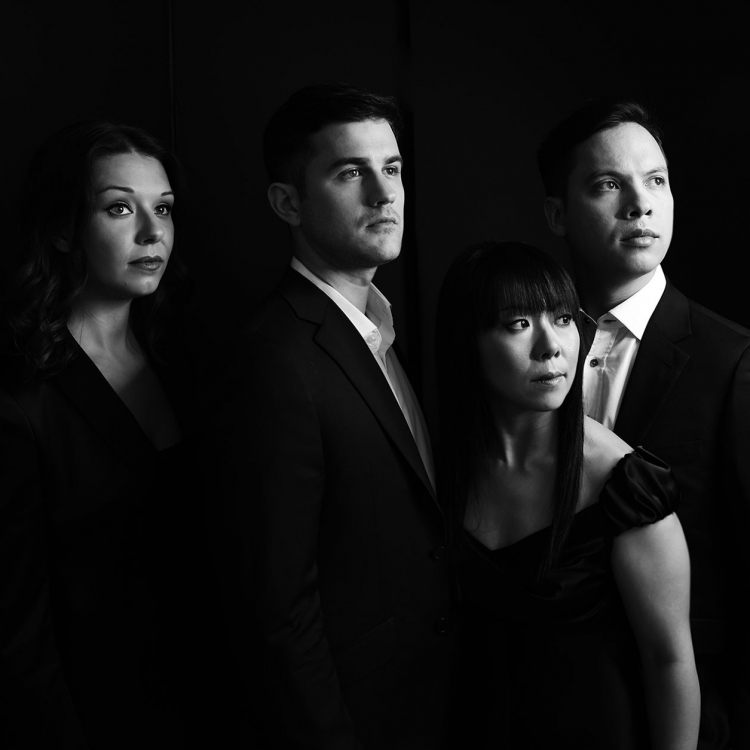 In the first half, pure Americana is presented. Caroline Shaw won the Pulitzer Prize in 2013, and here, we’ll hear two pieces for strings: Valencia, a homage to the orange and its perfect form and intricate structure, as well as Entr’acte (“pause”) – a nod to Haydn “who suddenly moves you to the other side of Alice’s mirror, a kind of absurd, nuanced move to technicolor.”

Different Trains is a fascinating train journey through 1940s America, and a reflection on the differing conditions faced by Jews in America and Europe during and after the war. Steve Reich’s energetic music has a documentary feel with its recorded effects and voices, forming strange, hypnotic musical fragments behind the whistling of the steam train.

Beethoven’s final big string quartet is known for its adagio, Heiligen Gedanksang, which quietly shows how a limited number of notes can be transformed into a fantastic and beautiful experience.