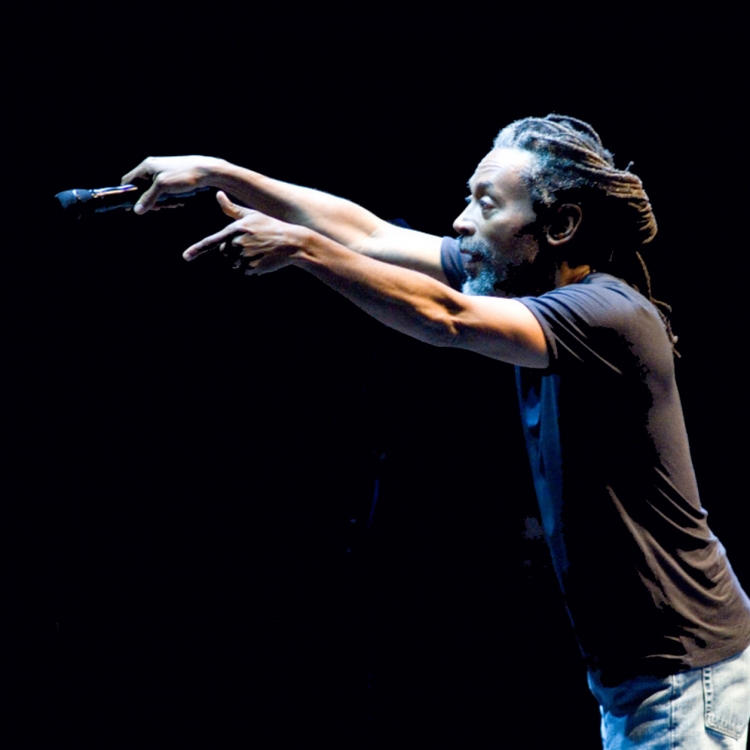 Event has already taken place. The voicewizard meets young local singers in a suggestive and fascinating concert. Who can ever forget his amazing "Don't worry be happy"?

Bobby McFerrin is undoubtedly one of our most spontaneous and versatile artists. He improvises and reads notes with the same free elegance and creates the most amazing sounds with a voice that spans four octaves. Who can ever forget his amazing “Don’t worry be happy”?

When he does not play with jazz giants like Herbie Hancock and Chick Corea, he directs Vienna’s Philharmonic. But above all, Bobby McFerrin is loved by the audience – when he opens his arms, there are few who can not be pulled into the dance.

Now he comes to Göteborg with the Circlesongs project where he meets young local singers in a creative, improvised concert where the participants get the outlet for all their imagination. The name comes from the method: the participants stand in a circle around Bobby McFerrin singing musical motifs and phrases taken up by the different singers. The result is a suggestive, hypnotic and fascinating music.

Bobby McFerrins tour with Circlesongs goes to Gothenburg, also to Poland, the United States, Canada, Switzerland, Denmark, France and England. He has of course visited Gothenburg earlier. In 2004 he gave one of his famous solo concerts – all alone! – and appeared with Gothenburg Symphony as a singer and conductor, including a guest show in Oslo. He directed not only Mozart, Bernstein and Ravel but also sang one of the parts in a concert for two celli of Vivaldi together with Johan Stern from the Gothenburg Symphony!