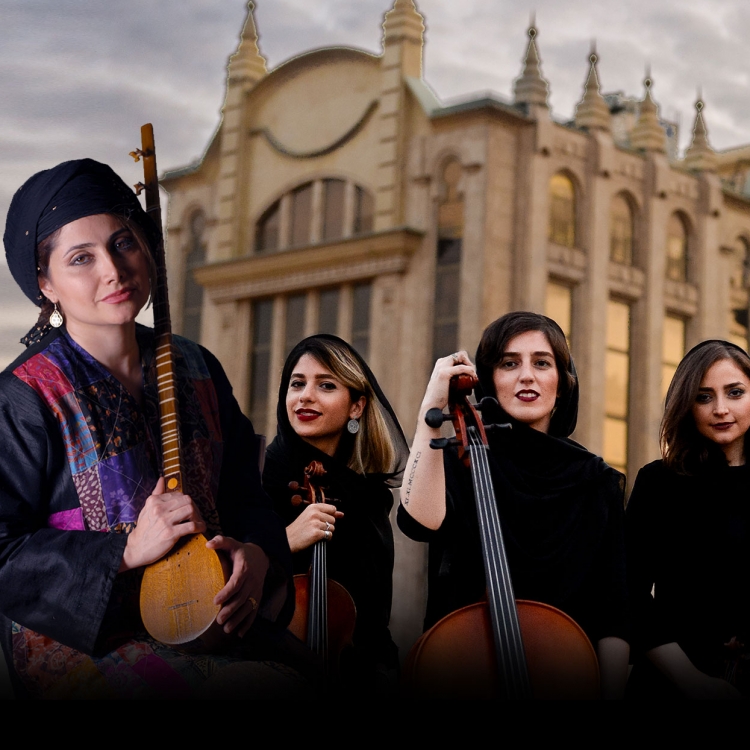 The Shahrzad Ensemble is a string quartet consisting of four women, each with a master’s degree in classical music from Tehran’s Art University. The idea of ​​a whole female quartet can be seen as both unique and pioneering in Iran, where the presence of women in the music scene has been faced with difficulties and limitations over the past 40 years. In addition to playing classical pieces composed by international artists, Shahrzad Ensemble also focuses on the work of Iranian composers that they have performed with artists such as Homayoun Shajarian and the Brothers Pournazeri.

The Riksteater concept FeminEast Festival focuses on strong women in the theme initiative Voices of Change. Unforgettable concerts targeting female voices from the Middle East. Voices that can not be heard. Voices opposed to conquering the world and overthrowing structures. Get ready for a unique artist cavalry that spreads energy and strength.