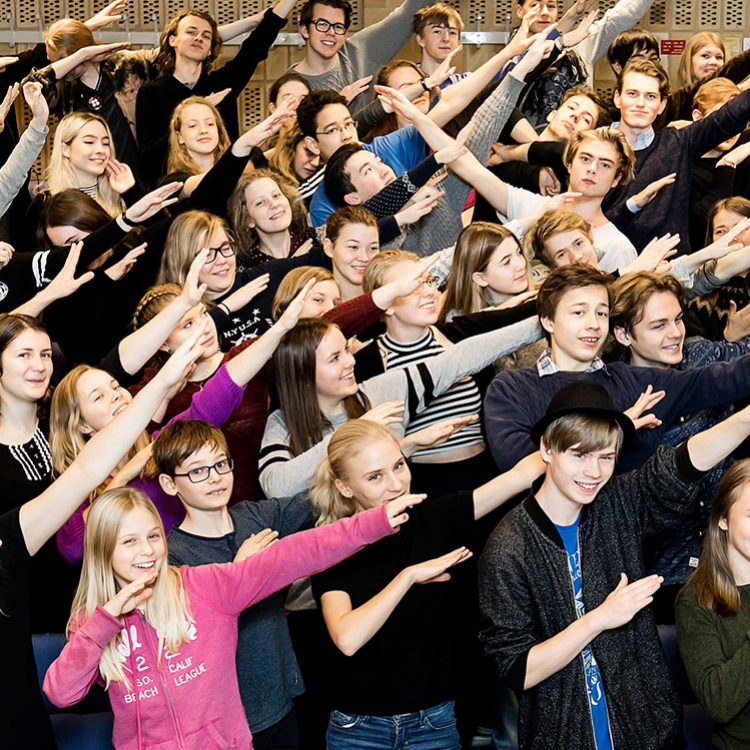 Event has already taken place. Four young musicians aged 14 – 18 have been voted into yet another nail-biting final!

The North Start Award (Polstjärnepriset) is equal to course and competition in music. During the autumn break about 50 participants and 22 competitiors gather in Vanersborg where they are playing together in ensembles and orchestras as well as perfecting their technique with coaches from the Gothenburg Symphony Orchestra, Swedish Radio Symphony Orchestra and the Royal Philharmonic. A number of other artists and teachers with international experience is also there to support the participants. The young musicians come from all over Sweden and are aged 14-18 years.

After the autumn break the group meet in the beginning of January in Vänersborg, where it is both master classes and secondly auditions for the competition. First elected eight candidates out of a second round and then four finalists compete in a final round. And it is precisely this final round which takes place in the Gothenburg Concert Hall.

Before the intermission, they four finalists play with the Gothenburg Symphony Orchestra. After the intermission the majority of the young musicians are playing together with the Gothenburg Symphony under the direction of the young conductor Andreas Patrik Hansson. And then crowned this year’s winner of the prestigious award, which also gives the winner the chance to represent Sweden in the big European competition Eurovision Young Musicians.

Get ready for a thrilling afternoon!

Polstjärnepriset is organized by the Municipality of Vänersborg in cooperation with Gothenburg Symphony Orchestra and several local, regional and national partners.