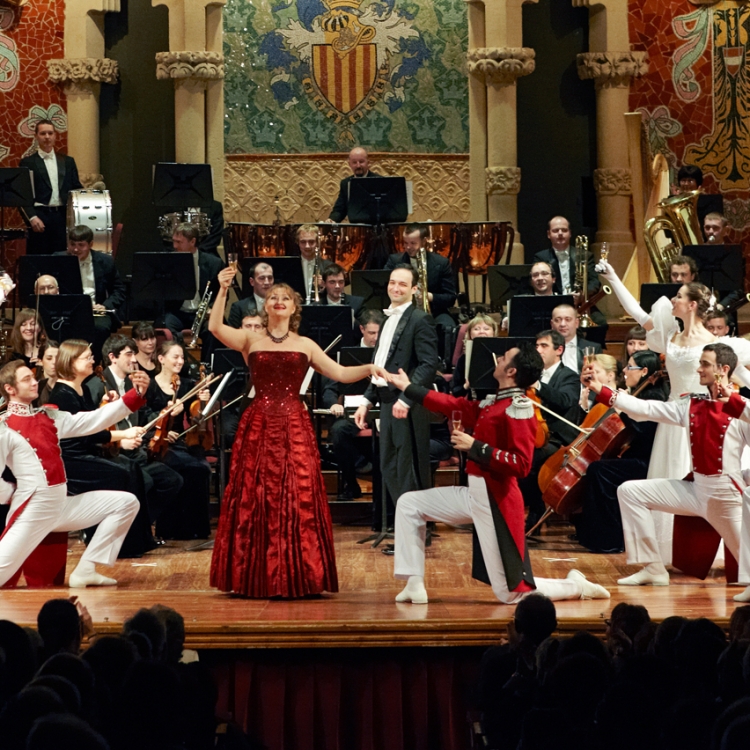 Welcome to 19th century Vienna! A glittering gala concert with famous waltzes, polkas and marches of Johann Strauss. Let yourself be seduced by our most beloved melodies such as An der Schönen Blauen Donau, Geschichten aus dem Wienerwald, Radetzky March and more.

The famous Strauss Festival Orchestra comes with the Soprano and Ballet Ensemble, whose fast-paced choreography takes you directly to the glamorous swirls of a Viennese ballroom.

Johann Strauss Gala of Strauss Festival Orchestra is Europe’s most important production with 25 years of experience and is performed in Europe’s premier concert venues such as the Music Complex in Vienna, the Concertgebouw in Amsterdam, the Gewandhaus in Leipzig, the Berliner Philharmonie, the Laeiszhalle in Hamburg, the Rome Parco della Musica, the Milan Auditorium , Teatro Real in Madrid, Gran Teatro del Liceu, Barcelona, among others.