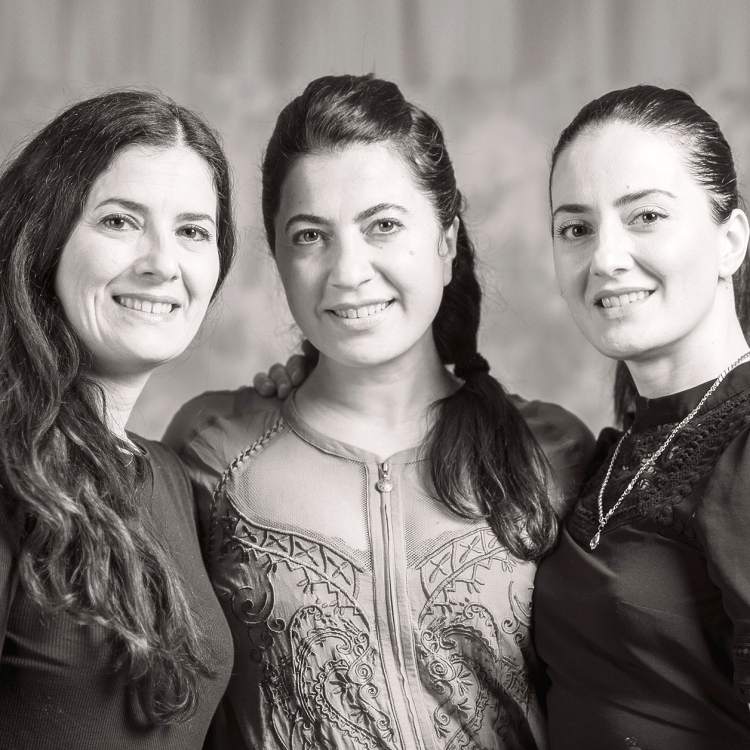 Göteborgs Konserthus A declaration of love to the Universe

The sisters Berrin, Rojda, Helin and Gün Sahin have played together since they were children. They have performed many live performances on the Swedish world music scene and are originally from Dersim, Turkey. In addition to playing together, they also do their own music projects.

Bonus: Doppoo Band Women’s Ensemble led by Mojgan Abolfathi – a young Iranian skilled drummer who plays with some of the coolest young female musicians in today’s Iran. The music is rhythmic and energetic in high-speed with a mix of different Iranian folk music. The band starts to play at 18.00.

The concert is a part of the FeminEast Festival, visiting the Gothenburg Concert Hall 15-17 december.

The World in the Concert Hall presents concerts with artists from near and far. Here’s some of the artists who will visit us in the 2017-2018 season: