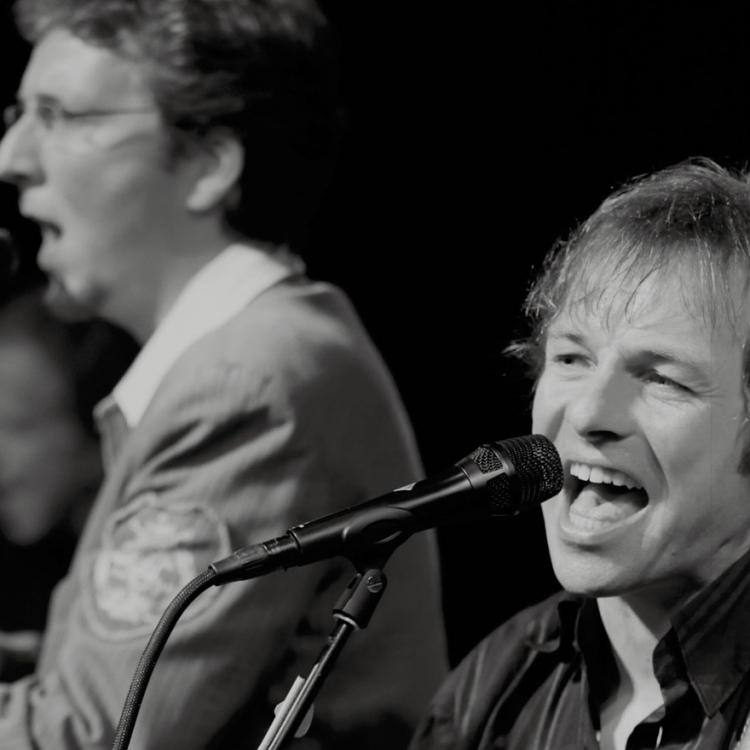 Simon & Garfunkel Revival Band will perform the cult duo’s most beautiful songs. You will hear wonderful and passionate ballads like “Scarborough Fair” or “Bright Eyes” and classics like “Mrs. Robinson”, “Bridge Over Troubled Water”, “El Condor Pasa”, “The Boxer”, the whipping “Cecilia” and of course “The Sound of Silence”. It has been 50 years since the release of this song and same named album, which was the breakthrough of the original duo.

It’s not enough to just play the songs! To evoke the true feeling for the music and many small musical refinements, you need first-class musicians. The band, consisting of Michael Frank (vocals and guitar) Guido Reuter (vocals, violin and piano) and three supporting musicians, is so successful in achieving the delicate balance between the perfect cover and individual interpretation of the original duo. The audience will be truly captivated by the rhythmical and the emotional songs that bring back great memories.

The boundaries between the original and the copy vanish in their vocal and instrumental performances. These performances are carefully orchestrated to perfection. The voice types alone are so close to the originals and unbeatable in authenticity. The musicians’ instrumental skills are just as impressive as their stage presence. The result is a perfect show without the need for any great showy effects.

“Some nights are magnificent, some just defy explanation, in The Simon and Garfunkel Revival Band, the music was just glorious, a real pleasure.” Liverpool Sound & Vision (UK)

“It is a night of brilliant entertainment that any Simon and Garfunkel fan would not regret attending.” North West End (UK)