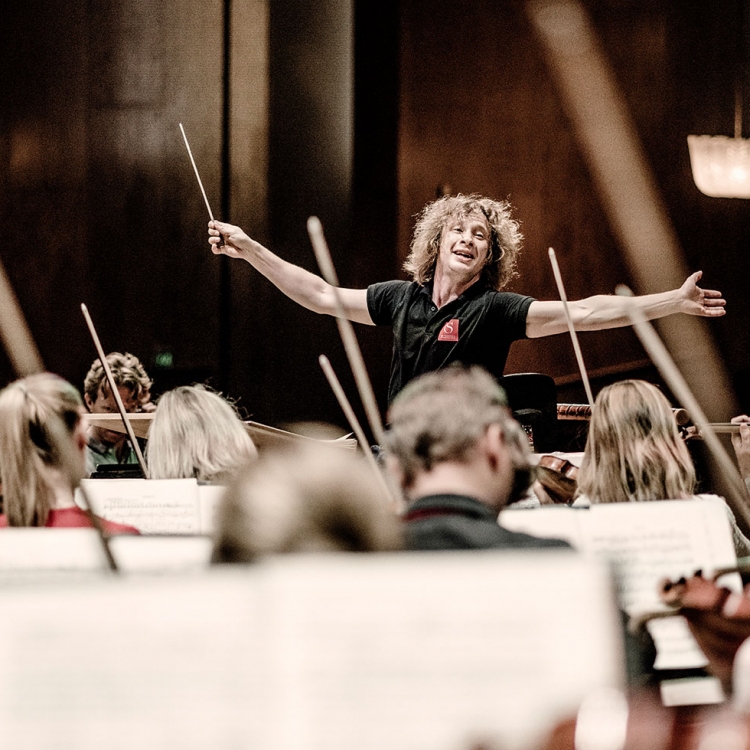 Plenty of fantastic music was composed in the former Soviet Union, but many composers had problems with those in power. One of them was Shostakovich. The virtuose violin concerto was composed in 1948, but didn’t premiere until 1955, two years after Stalin’s death. At the Gothenburg Concert Hall, the violin soloist is Japanese rising star Fumiaki Miura. 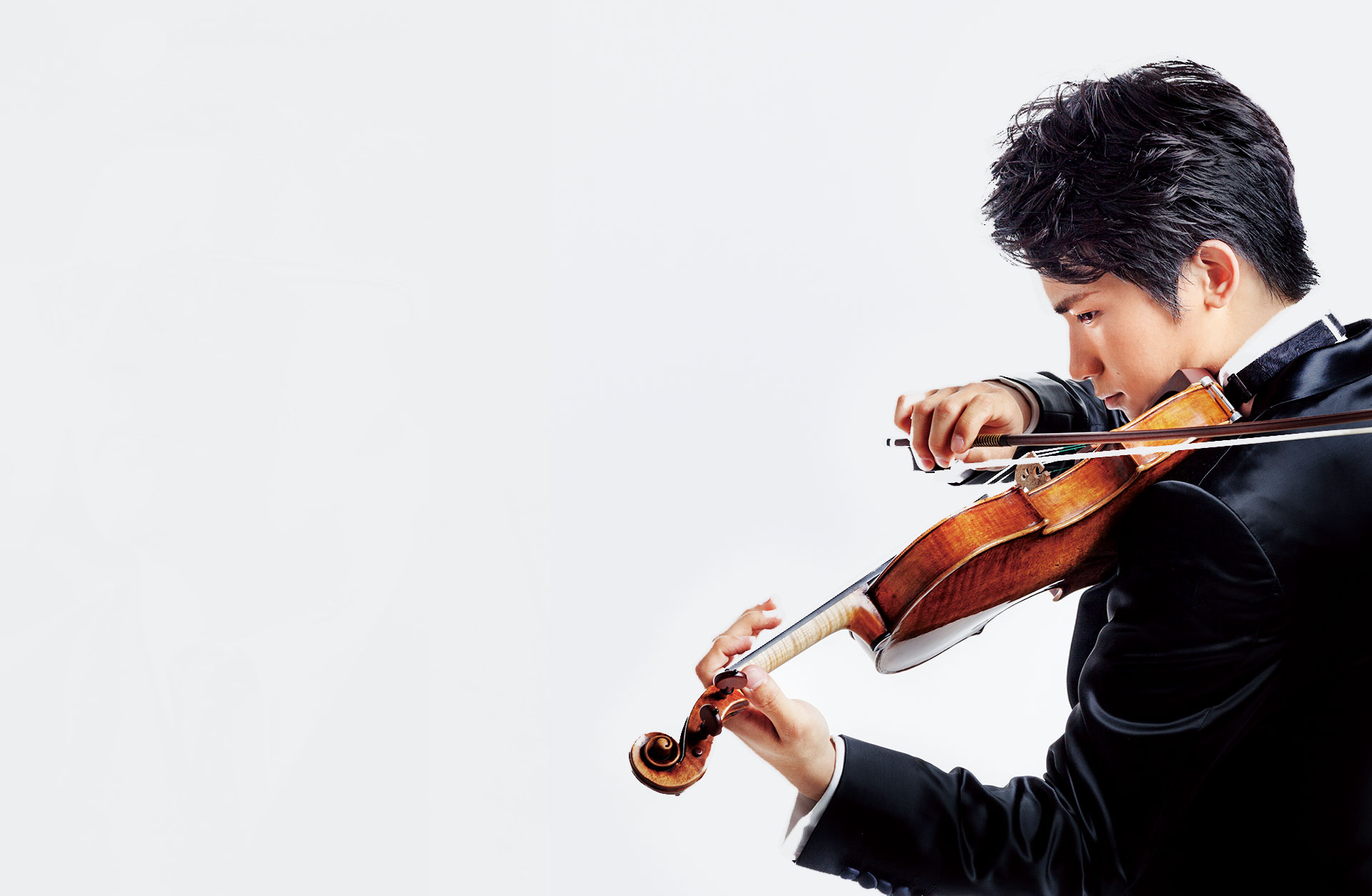 Prokofiev also had to learn to navigate Stalin’s strict cultural climate. His fifth symphony – he wrote seven – was created after the Second World War, and is a real highlight: virtuose, powerful and daring. Prokofiev didn’t want to get on the wrong side of Stalin, so he made the symphony both melodic and grandiose.

Alexander Mosolov’s motorically driving and industry-mimicking Iron Foundry was pioneering when it premiered in 1926. But Mosolov soon got on the wrong side of the Soviet Union’s culture politicians, and was excluded from the Composers’ Association and put in prison in Gulag shortly thereafter. Following his liberation, he was a shadow of his former self, and his music remained anonymous. 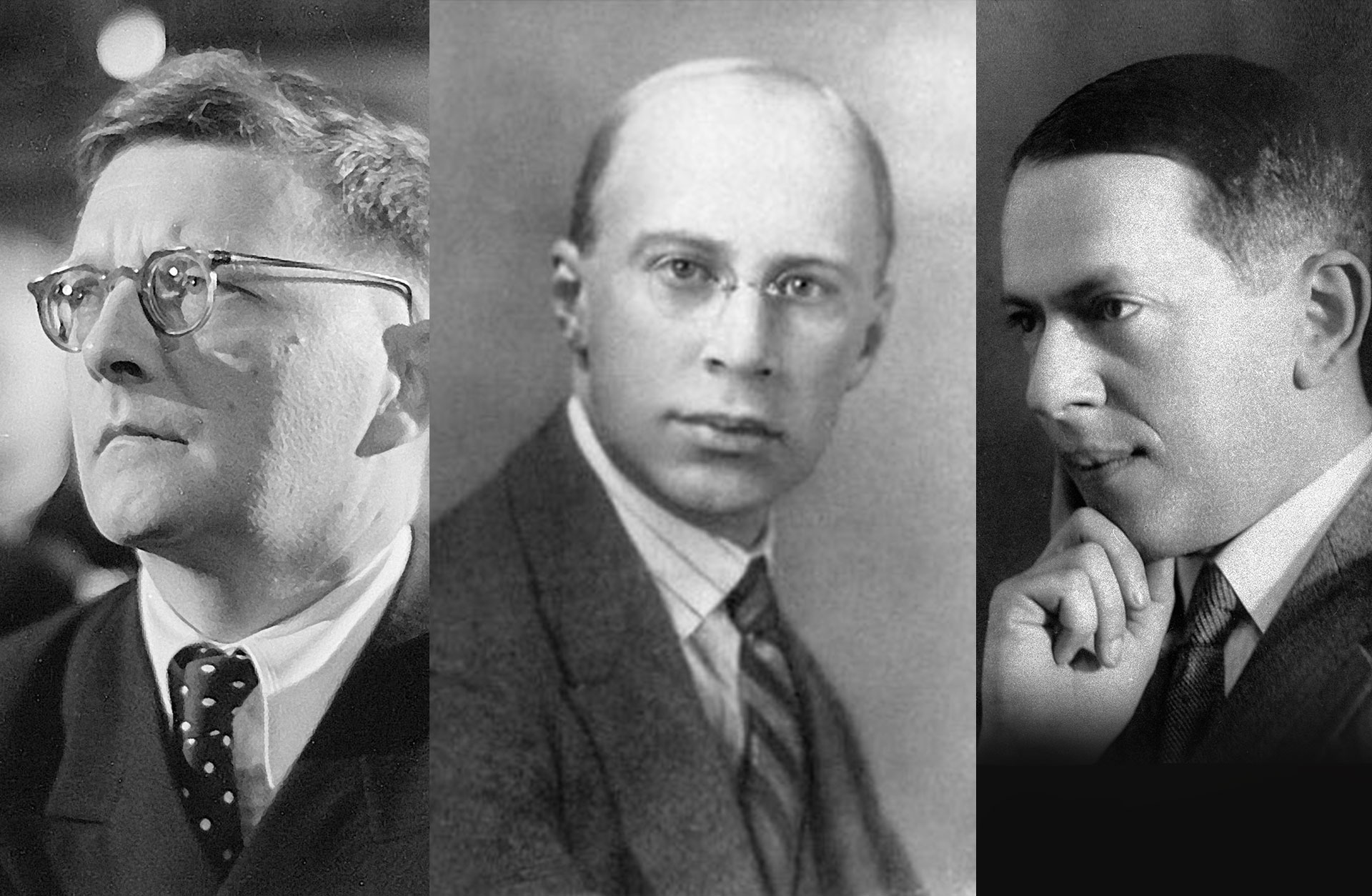 Gothenburg Symphony Orchestra
Gothenburg Symphony Orchestra, called "one of the world's most formidable orchestras" by the Guardian, has toured the USA, Europe, Japan and the Far East and performed at major music centres and festivals throughout the world. Chief conductor is Santtu-Matias Rouvali who started his tenure in 2017. Kent Nagano has been principal guest conductor since 2013. Already at the orchestra's very first years, the great Swedish composer Wilhelm Stenhammar was appointed principal conductor, contributing strongly to the Nordic profile of the orchestra by inviting his colleagues Carl Nielsen and Jean Sibelius to conduct their own works. Subsequent holders of the post include Sergiu Comissiona, Sixten Ehrling and Charles Dutoit. During Neeme Järvi's tenure (1982-2004), the orchestra became a major international force. In 1997 it was appointed the National Orchestra of Sweden. The list of prominent guest conductors has included Wilhelm Furtwängler, Pierre Monteux, Herbert von Karajan, Myung-Whun Chung, Herbert Blomstedt and Sir Simon Rattle. The orchestra also runs extensive concert projects for children, and regularly releases digital live concerts free on www.gsoplay.se. The orchestra has issued over 100 recordings on BIS, Deutsche Grammophon, Chandos, Farao Classics and several other labels, including the complete orchestral music by Grieg and the complete symphonies of Sibelius, Nielsen, Stenhammar and Atterberg, and most recently orchestral music by Richard Strauss. The Gothenburg Symphony is owned by the Region Västra Götaland. www.gso.se
Santtu-Matias Rouvali conductor
Hailed by The Guardian as "the latest sit-up-and-listen talent to emerge from the great Finnish conducting tradition," the 2018/19 season will see Santtu-Matias Rouvali continuing his positions as Chief Conductor of the Gothenburg Symphony and Principal Guest Conductor of the Philharmonia Orchestra, alongside his longstanding Chief Conductor-ship with the Tampere Philharmonic Orchestra close to his home in Finland. Rouvali has regular relationships with several orchestras across Europe, including the Orchestre Philharmonique de Radio France, Oslo Philharmonic Orchestra, Bamberger Symphoniker and the Deutsches Symphonie-Orchester Berlin. As well as making his debut with the Münchner Philharmoniker this season, he also returns to North America for concerts with the Minnesota Orchestra and Detroit Symphony Orchestra. Following a very successful Nordic tour with Hélène Grimaud last season, the Gothenburg Symphony is back on the road in February 2019 for a tour hitting major centres in Germany and Austria with pianist Alice Sara Ott, and percussionist Martin Grubinger who premieres a new percussion concert by Daníel Bjarnason. Rouvali looks forward to other ambitious touring projects with his orchestras in the future, including appearances in North America and Japan. In addition to the extensive tour, Rouvali's season in Gothenburg opens with Strauss' Alpine Symphony accompanied by Víkingur Ólafsson Mozart Piano Concerto No.24, and he looks forward to collaborations with Janine Jansen, Patricia Kopatchinskaja and Baiba Skride throughout the rest of the season. As another cornerstone to his tenure in Gothenburg, he is adding his mark to the Orchestra's impressive recording legacy. In partnership with Tampere Philharmonic Orchestra and violinist Baiba Skride, a recording featuring concertos from Bernstein, Korngold and Rozsa is released in autumn 2018.This continues his great collaboration with Baiba Skride following their hugely successful recording of Nielsen and Sibelius' violin concertos with the Tampere Philharmonic Orchestra in summer 2015. Rouvali has been Artistic Director and Chief Conductor of the Tampere Philharmonic Orchestra since 2013. Highlights of the tenure so far include a Sibelius symphony cycle in autumn 2015, and the Orchestra's first tour to Japan in spring 2017 where they were accompanied by an exhibition of original Moomin drawings by Tove Jansson to mark the opening of the new museum at the Tampere Hall. He opens the 2018/19 season with a Beethoven programme with pianist Javier Perianes. Alongside an extremely busy symphonic conducting career, as Chief Conductor in Tampere he has conducted Verdi's La forza del destino and most recently world premiere of Olli Kortekangas's My Brother's Keeper (Veljeni vartija) with Tampere Opera in spring 2018.
Fumiaki Miura violin