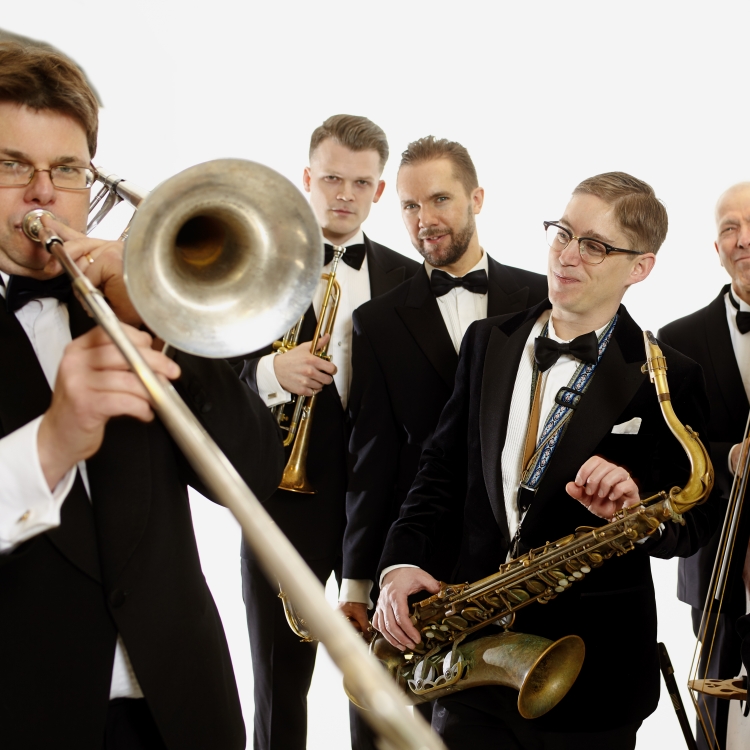 Event has already taken place. In the spirit of Duke Ellington!

Duke was constantly developing and re-working his arrangements, including his major hits like ”Take the A Train” and ”It Don’t Mean a Thing (If It Ain’t Got That Swing)”. The Stockholm Swing All Stars carry the torch, without inhibiting idolization but with the greatest respect for the master. With swing, skill and impeccable taste, they prove that there is always a fresh angle of approach to this classic, American music. Ellington himself would have smiled, nodded and said: ”I do love you madly!”.

In addition to a selection of some of the most well-known classics, the band will also present a few lesser known gems from Ellington’s gigantic song book. There may even be a couple of original compositions by the band mixed in, deeply steeped in the tradition of the great master.

The Stockholm Swing All Stars consist of some of Stockholm’s top jazz musicians: