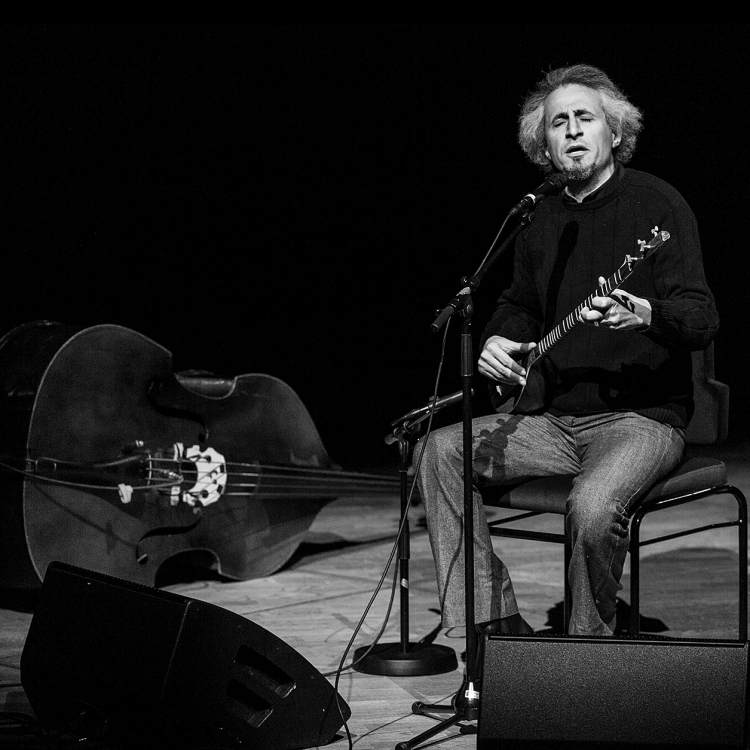 Göteborgs Konserthus The World in the Concert Hall: Mohsen Namjoo

Namjoo is active as a vocalist, composer, music scholar and setar player (a traditional Persian lute). His music and lyrics are highly emotional, and his style features a combination of classical Persian poetry – with inspiration from Hafez, Rumi and Saadi, for example – and Western influences from rock, blues and jazz.

Among other thing, the lyrics reflect the frustration and resignation felt by many young Iranians in our time. In 2009, Namjoo was sentenced in absentia to five years in prison by an Islamic court for “ridiculing” a particular surah in the Koran (Ash-Shams). He now lives in the US in New York and is also active as a music professor at Stanford University.

The concert is part of Riksteatern’s theme initiative Voices of Change‚ which features artists from all over the world who work for positive change through their art – voices that cannot make themselves heard in their home countries without risking imprisonment.

The world in the concert hall