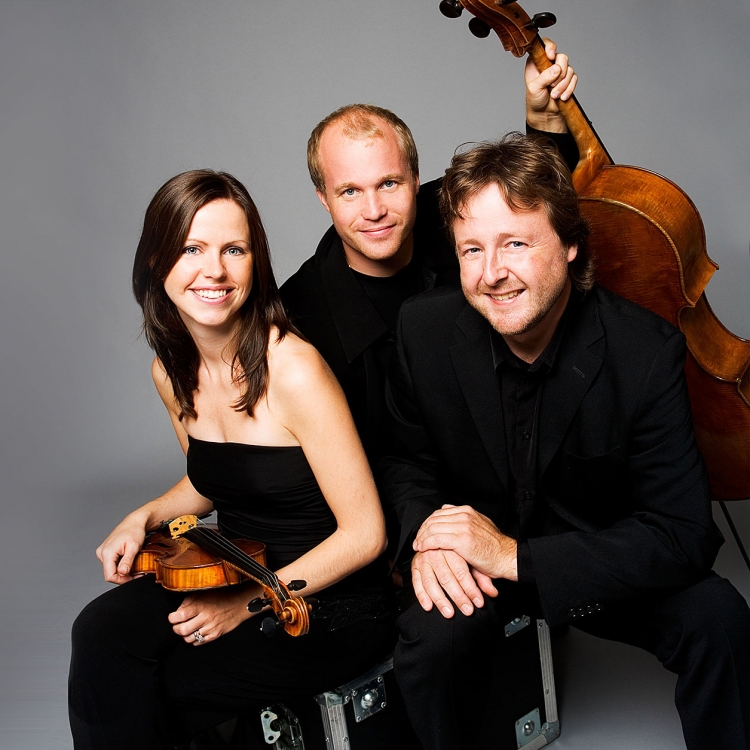 Bedrich Smetana lived and worked in Gothenburg in the period 1856-1862 and had an important role in the development of the city’s musical life. His piano trio was performed on 11 February 1858, with the composer himself at the piano in Blom’s Hotel on Södra hamngatan, opposite the Palace Building. “Should be performed again soon” wrote the Handelstidningen newspaper. Smetana never met Elfrida Andrée, who became the city’s cathedral organist in 1867. Her Piano Trio in G minor was completed in 1884 and is a lovely example of flowing romanticism.

When Gothenburg received its own symphony orchestra, 20 years later, the pianist, composer and conductor Wilhelm Stenhammar raised the city’s musical life to new heights. Prior to this, in 1895, he had composed Allegro non tanto – his only piece for the piano trio, which had “a tenderness, a sophistication and a simplicity” (Bo Wallner). Paula af Malmborg Ward has been active in her composer’s studio vid Nya Varvet (the New Shipyard) for many years now. It is in this studio in a former coal tower that she writes her new pieces, among them an entirely new piano trio which premieres here.