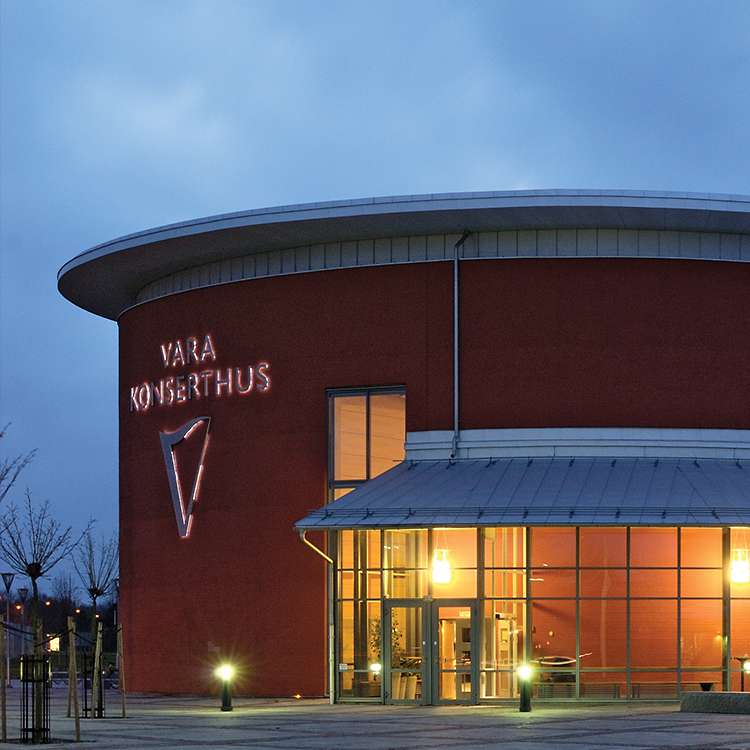 Haydn in the early as well as the later stage of his career, just over 30 years separate the two, just as they separate the young man from the experienced doyen. And despite everything, people are surprised by how similar they are: spirited, curious, exploratory. Schumann, on the other hand, turns inwards in search of true expression. The whimsical Cello Concerto is an example of the balance between solid ground and swaying bridges.

Gothenburg Symphony Orchestra
Christian Zacharias conductor
Qualities that made Christian Zacharias one of the world's most acclaimed pianists have also led to his further recognition as a conductor, musical thinker, writer and artist. His music performer is characterized by a highly individual mix of privacy and deep insights. He also possesses unique skills as a poetic and charismatic communicator with engaging stage presence. Christian Zacharias maintains an active career as an internationally renowned concert pianist with solo and concerto performances around the world. He appears with the world's leading conductors and pushes himself the most prominent orchestras, and many of his recordings have won international awards. Christian Zacharias conductor's career reflects his desire to build long-term partnerships with orchestras and musicians who respect each other. During his tenure as artistic director and principal conductor of the Lausanne Chamber Orchestra, he made many recordings with the orchestra, which got very good critique. Among them, a series of Mozart's complete piano concertos which won the Diapason die, Choc du Monde and ECHO Klassik award. The recent recording of Schumann's four symphonies and CPE Bach Symphonies Berlin. Zacharias has been the Artistic Partner of the St. Paul Chamber Orchestra since the season 2009. He has also been working closely with the Gothenburg Symphony Orchestra, Los Angeles Philharmonic Orchestra, The Hague Philharmonic and the Bamberg Symphony Orchestra. More recently, he has devoted itself to the opera and led productions Titus gentleness and The Marriage of Figaro by Mozart and Offenbach's La Belle Helene. 2015 he will direct the Otto Nicolai's The Merry Wives of Windsor at the Royal Opera of Wallonia in Liege, Belgium. He has appeared in several films since 1990, including portraits by Domenico Scarlatti, Schumann and Beethoven, and recordings of Beethoven's all piano concertos. Christian Zacharias has been awarded numerous honors and awards, including the 2007 Midem Classical Award as Artist of the Year. He was recognized for his contribution to the culture in Romania in 2009. In addition, appointed him to the French Government French honorary officers for their efforts. In his role as Artist in Residence at Menuhinfestivalen in Gstaad began Christian Zacharias season 2014/2015 with concerts as a pianist, chamber musician and conductor. This season he will also conduct two tours with the Basel Chamber Orchestra and performing works by Mozart and Bruckner at several concerts with the Stuttgart Philharmonic. In addition, he conducts the Boston and San Francisco symphony orchestras and the Orchestre de Paris. Christian Zacharias is also invited as a conductor to Moscow, and will also give a solo concert at the Pushkin Museum. Furthermore, he will tour Europe with his duet partner Frank Peter Zimmermann and with the Leipzig String Quartet. Christian Zacharias is a professor at the School of Music and Drama in Gothenburg since 2011.
Julian Steckel cello