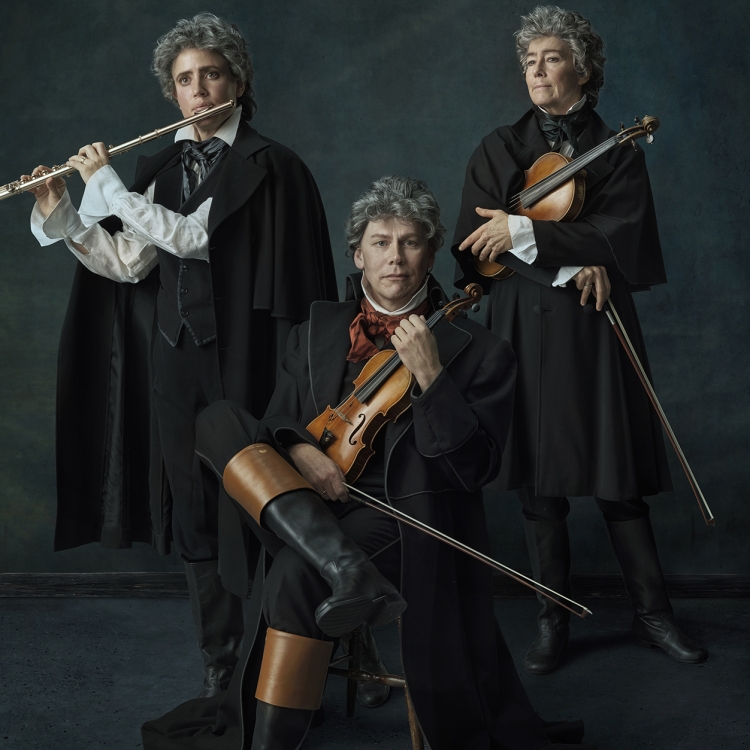 Event has already taken place. We hope to be able to go through with the event further on. Purchased ticket will be refunded.

Experience Beethoven’s all nine symphonies in one day! In a unique event Gothenburg’s two large orchestras will merge to celebrate Beethoven’s 250th anniversary. In this concert we will expreience the Symphonies no. 1, 4 and 5 at the Gothenburg Opera.

This is where it all began – the introduction to the world’s most famous series of symphonies. It is as if Beethoven wants to show that he knows the craft as well as his predecessors Haydn and Mozart with the balance and elegance of rococo, but within him there was something that just wanted to break all the boundaries. We already suspect it in the first symphony’s puzzling introduction, a seed that would then grow very quickly.

After experimenting with romanticism and despite academic musical rules, he proudly flaunts with confrontations between convention and adventure in the fourth Symphony, such as the clashing between beauty and despair in the slow movement, or the final tumultuous galopp at the end of the symphony where the melody is forced forward with cruelty and humour. Pay special attention to the bassoon!

The ground was now prepared for the Symphony that has become the symbol of all symphonies: the fifth. Many people know the introduction, but listen to the second movement where Beethoven plays around with the rhythm, so that you sometimes lose the feeling of the beat , or the transition to the final which slowly but relentlessly boils over like an unguarded pot. In the finale – where the piccolo plays a prominent role for the first time – he sets the pattern with thundering, constantly repeated final chords as if he never wants to stop composing. And he carried on to write four more symphonies.

A marathon requires liquids and nutrition

Although Beethoven himself is said to have put the music before his social life, there is every reason to meet over some food or something to drink during a full day in the company of his symphonies. The Concert Hall and Opera’s restaurants are open, so book in advance and take a breather between the concerts or during the break.