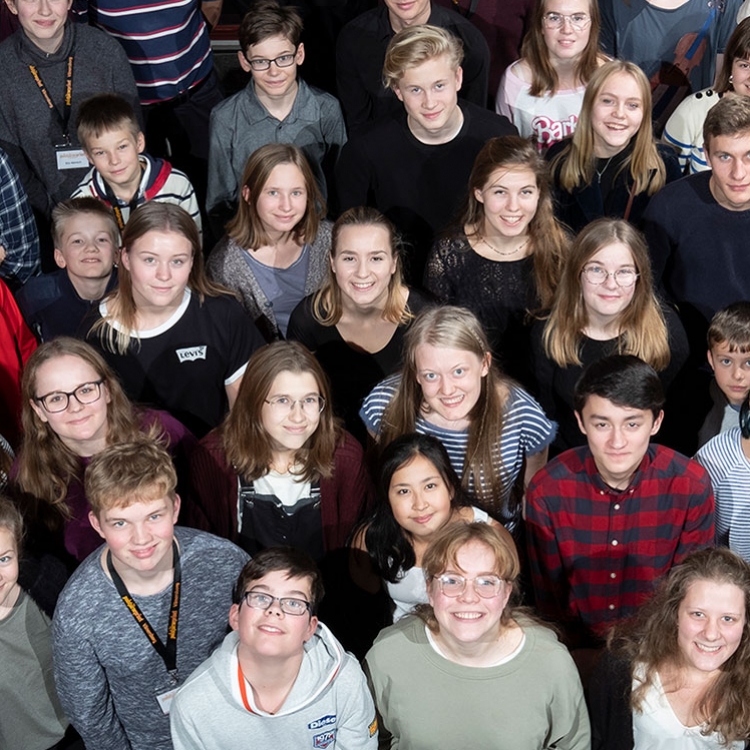 Before the interval, the four finalists play one piece each with the Gothenburg Symphony. After the interval, most of the young musicians who have participated in the competition play with the Symphony.

And then, the year’s winner of the prestigious award is, of course, announced, receiving 50000 SEK, a course at Musikakademi Vänersborg, as well as the chance to represent Sweden in the big European competition Eurovision Young Musicians.

Prepare for a thrilling afternoon. Entry is free, no booking. Just come!

Polstjärnepriset is a music course and competition. During the autumn break, around 50 course participants and 22 competitors gather in Vänersborg to play together in ensembles and orchestras, and to polish their technique with coaches from the Gothenburg Symphony, the Swedish Radio Symphony Orchestra, and the Royal Stockholm Philharmonic Orchestra.

A number of other artists and pedagogues with great international experience are also there to really get the participants going. The young musicians are from across the country, and are aged 14-18.

Following the autumn break meeting, they will come back to Vänersborg at the beginning of January, for masterclasses and auditions for the Polstjärnepriset competition. First, eight candidates are selected, and in a second round, four finalists compete against each other in a final round of auditions. And it is this final round that takes place at the Gothenburg Concert Hall.

Gothenburg Symphony Orchestra
The Gothenburg Symphony, called "one of the world's most formidable orchestras" by the Guardian, has toured the USA, Europe, Japan and the Far East and performed at major music centres and festivals throughout the world. Chief conductor is Santtu-Matias Rouvali who started his tenure in 2017. Kent Nagano has been principal guest conductor since 2013. Already at the orchestra's very first years, the great Swedish composer Wilhelm Stenhammar was appointed principal conductor, contributing strongly to the Nordic profile of the orchestra by inviting his colleagues Carl Nielsen and Jean Sibelius to conduct their own works. Subsequent holders of the post include Sergiu Comissiona, Sixten Ehrling and Charles Dutoit. During Neeme Järvi's tenure (1982-2004), the orchestra became a major international force. In 1997 it was appointed the National Orchestra of Sweden. The list of prominent guest conductors has included Wilhelm Furtwängler, Pierre Monteux, Herbert von Karajan, Myung-Whun Chung, Herbert Blomstedt and Sir Simon Rattle. The orchestra also runs extensive concert projects for children, and regularly releases digital live concerts free on www.gsoplay.se. The orchestra has issued over 100 recordings on BIS, Deutsche Grammophon, Chandos, Farao Classics and several other labels, including the complete orchestral music by Grieg and the complete symphonies of Sibelius, Nielsen, Stenhammar and Atterberg, and most recently orchestral music by Richard Strauss. The Gothenburg Symphony is owned by the Region Västra Götaland. www.gso.se
Rumon Gamba conductor
Andreas P Hansson conductor
Johanna Ander Ljung harp
Josef Wijk oboe
Ture Herrgårdh trumpet
Astrid Hillerud cello
Harald Edin double-bass
Polstjärneprisets Symfoniorkester
Petra Kloo Vik presenter