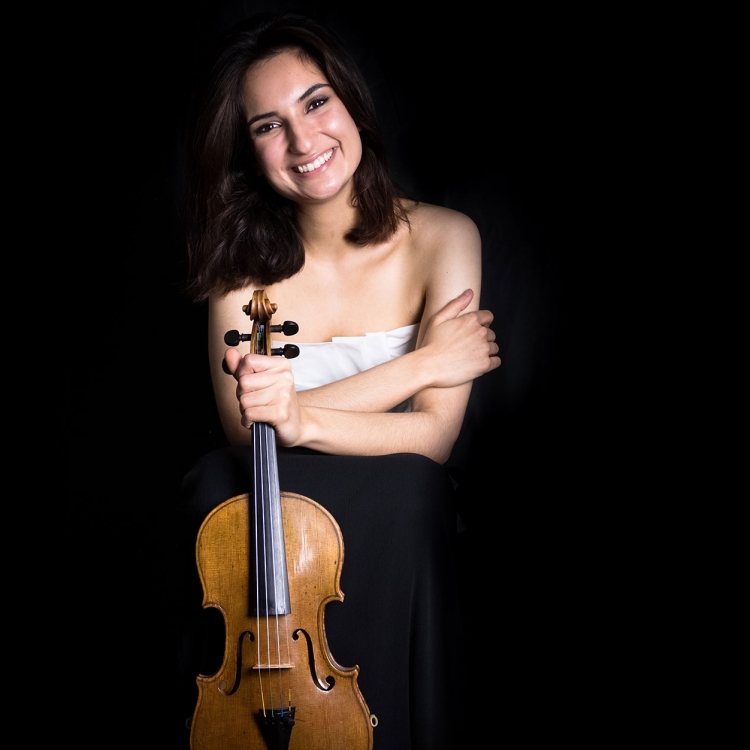 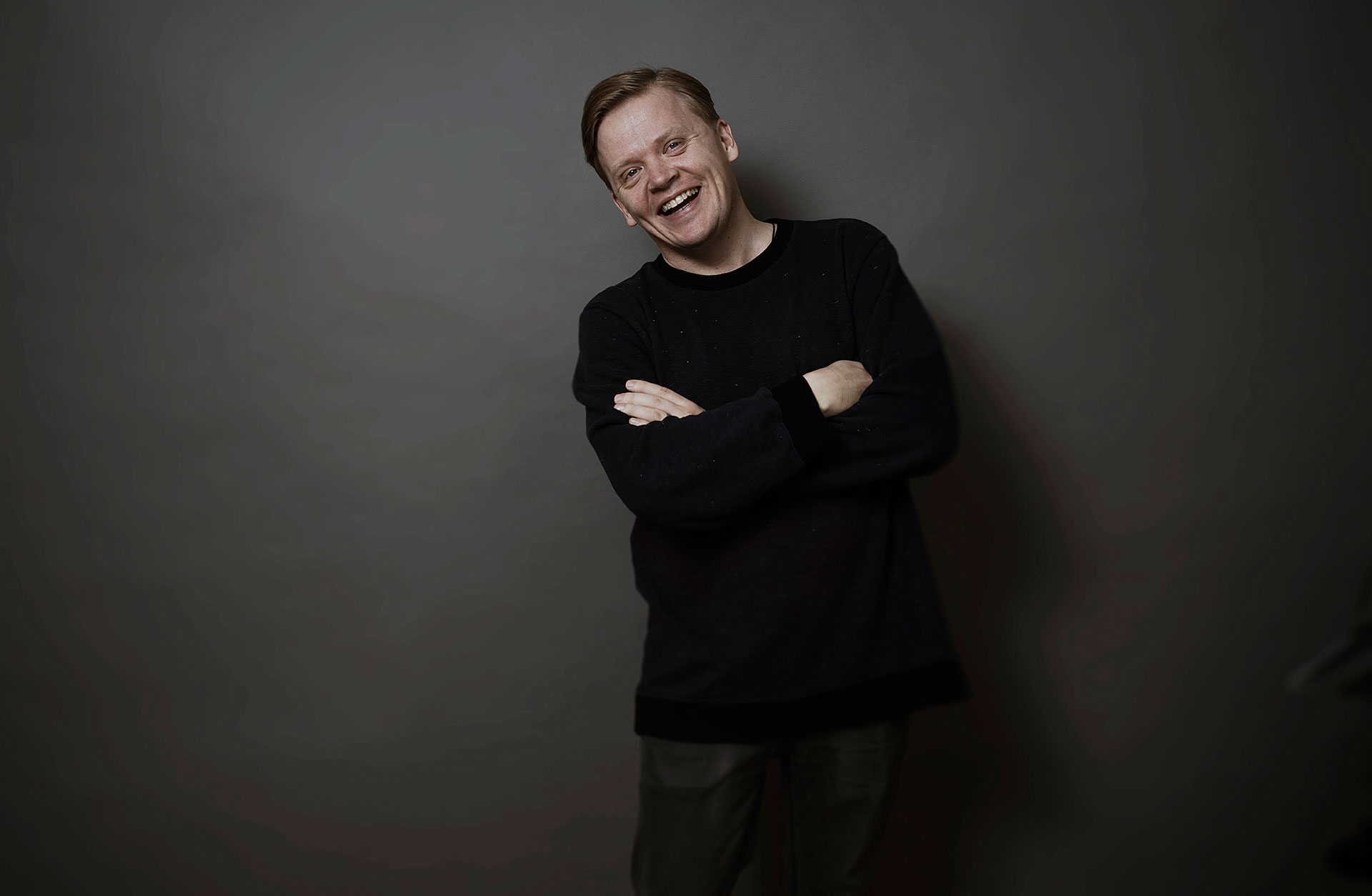 As a composer, Prokofiev was driven entirely by his artistic vision. After the Russian Revolution, he left the country and lived in exile in the United States and France – not for political reasons but to gain peace of mind. Prokofiev was often criticized in his homeland for his “Western style” and at the same time received the Stalin Prize several times. Underneath all these contradictions is a distinctive style and an artistic drive that reaches through history.

The violinist Ava Bahari was born and raised in Gothenburg. She started playing the violin at the age of three and a half and has been a student of Per Enoksson, former first concertmaster of Gothenburg Symphony. Ava Bahari won the Pole Star Award in 2012 and is recognizable from the SVT series Molanders in the role of Julyia.

Previously announced Korngold’s Suite from the film Anthony Adverse and Barber’s Adagio for strings has been replaced by O Mensch, Bewein Dein Sünde Groß by Bach/Reger.

Gothenburg Symphony Orchestra
The Gothenburg Symphony, called "one of the world's most formidable orchestras" by the Guardian, has toured the USA, Europe, Japan and the Far East and performed at major music centres and festivals throughout the world. Chief conductor is Santtu-Matias Rouvali who started his tenure in 2017. Barbara Hannigan and Christoph Eschenbach are principal guest conductors since 2019. Already at the orchestra's very first years, the great Swedish composer Wilhelm Stenhammar was appointed principal conductor, contributing strongly to the Nordic profile of the orchestra by inviting his colleagues Carl Nielsen and Jean Sibelius to conduct their own works. Subsequent holders of the post include Sergiu Comissiona, Sixten Ehrling and Charles Dutoit. During Neeme Järvi's tenure (1982-2004), the orchestra became a major international force. In 1997 it was appointed the National Orchestra of Sweden. During his celebrated tenure as music director (2007-2012), Gustavo Dudamel took the Orchestra to major music centres and festivals in Europe, making acclaimed appearances at BBC Proms and Vienna Musikverein. The list of prominent guest conductors has included Wilhelm Furtwängler, Pierre Monteux, Herbert von Karajan, Myung-Whun Chung, Herbert Blomstedt and Sir Simon Rattle. The orchestra also runs extensive concert projects for children, and regularly releases digital live concerts free on gsoplay.se. The orchestra has been involved in many prestigious recording projects, the latest one the complete Sibelius Symphonies with Santtu-Matias Rouvali for Alpha Classics. Earlier, the orchestra has issued over 100 recordings on BIS, Deutsche Grammophon, Chandos, Farao Classics and several other labels. The Gothenburg Symphony is owned by the Region Västra Götaland.
Pekka Kuusisto conductor
Pekka Kuusisto Finnish violinist Pekka Kuusisto has been described as "one of a kind" and is known for his curiosity and exploration of his repertoire. He has a special feeling for conducting ensembles from his violin. Pekka Kuusisto is Artistic director of the Norwegian Chamber Orchestra. From and during the 2023/24 season, he will be principal guest conductor and artistic co-leader of the Helsinki Philharmonic Orchestra. He is Artistic Partner of the Mahler Chamber Orchestra and the San Francisco Symphony as well as Artistic Best Friend of Deutsche Kammerphilharmonie in Bremen. He is an advocate of contemporary music and performed the 2021 world premiere of Bryce Dessners Violin concert with HR Sinfonieorchester. He has also recently premiered works of Sauli Zinovjev, Daníel Bjarnason, Anders Hillborg, Philip Venables and Andrea Tarrodi. In the 2022/23 season, Kuusisto will debut as soloist with the Berliner Philharmoniker and perform with the Tokyo Metropolitan Symphony Orchestra. He returns to orchestras such as The Cleveland, Cincinnati Symphony, San Francisco Symphony and Philharmonia. After several visits at the Gothenburg Symphony as a soloist, we now get to see Pekka Kuusisto conduct the orchestra.
Ava Bahari violin
The violinist Ava Bahari was born in 1996 in Gothenburg. After studying for seven years with Professor Terje Moe Hansen at the School of Music in Oslo, she continued her violin studies with the former concertmaster of the Gothenburg Symphony, Per Enoksson. She has also taken lessons from leading music educators such as Gidon Kremer, Christian Tetzlaff and Ana Chumachenko and studied at the Hochschule für Musik Hanns Eisler in Berlin. Ava Bahari's career began at the age of eleven when she won her first competitions. In 2010, she qualified for the prestigious Yehudi Menuhin competition as the only representative from Sweden in the class for young people up to 20 years old. In 2012 she won Polstjärnepriset (Pole Star Award), one of the largest Nordic competitions for young classical musicians. Ava Bahari has also competed in the prestigious Carl Nielsen International Competition where she made it to the final round in 2022. In 2013, she appeared in SVT's drama series Molanders, where she played the violinist Yulia. Ava has also received music and culture scholarships, among others from Sten A Olsson's Foundation for Research and Culture, Royal Society of Science and Knowledge in Gothenburg and the Willinska Foundation.