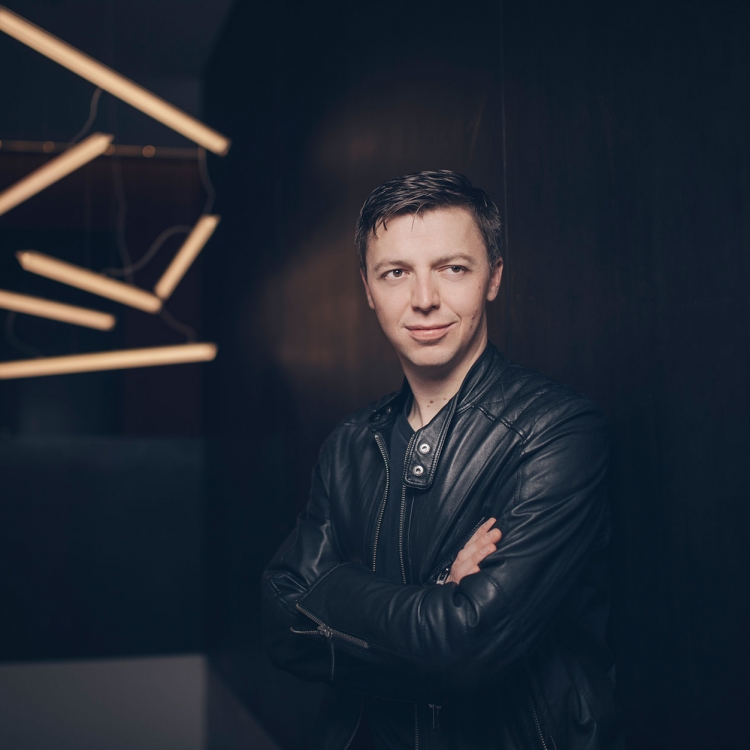 The composer Daníel Bjarnason is one of Iceland’s most prominent music personalities and has received acclaim the world over for his colourful and sonorous music. His Percussion Concerto har its Swedish premiere this evening with Martin Grubinger, one of the world’s leading percussion virtuosos. After two decades on stage, Grubinger will end his career as a solo artist in 2023. Don’t miss the chance to see the percussionist at the height of his abilities!

We are also treated to composer Ruth Gipps’ romantically pulsating Symphony No. 3 this concert. Ruth Gipps’ music follows in the footsteps of her countrymen Frank Bridge and William Walton. In addition to being a composer, she was also a conductor, pianist, oboist and brilliant educator. In 1999 (the same year she passed away) she was awarded an MBE for her contributions to English music. The Guardian newspaper has described her music as playfully personal and shamelessly romantic.

The Gothenburg Symphony Orchestra is led by the British conductor Rumon Gamba, who has also made recordings of all five of Gipps’ symphonies with Chandos Records. 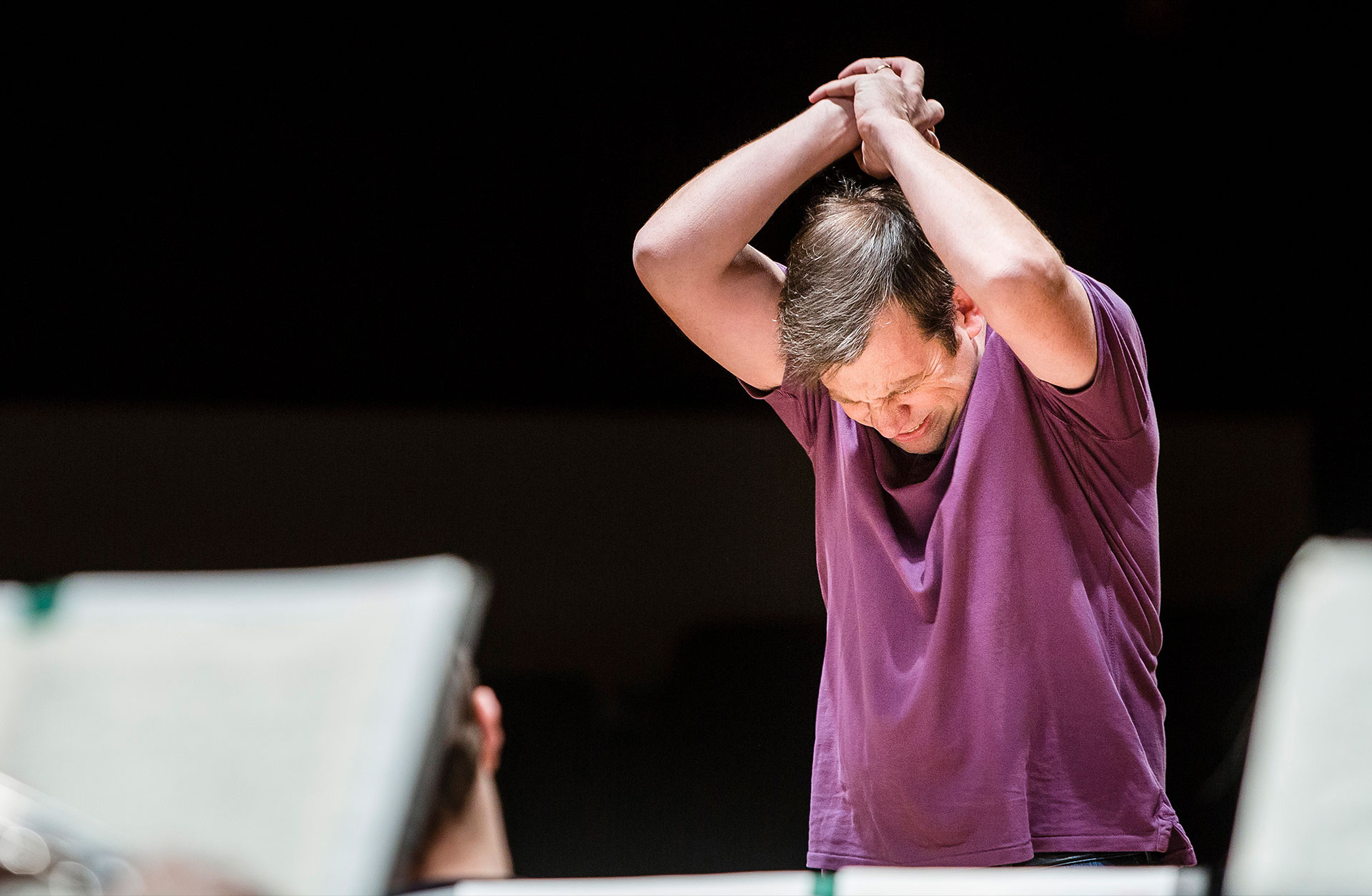 Get to know the composers Ruth Gipps and Daníel Bjarnason.

Get to know the percussionist Martin Grubinger.

Bjarnason Inferno, Percussion Concerto 29 min
DANÍEL BJARNASON (f 1979) Percussion Concerto Commissioned by Göteborgs Symfoniker I II III The Icelandic conductor and composer Daníel Bjarnason made his recording debut in 2010 with the album Processions. Time Out magazine in New York described the debut as "A sound that comes eerily close to defining classical music's undefinable brave new world". Bjarnason has studied composition, piano and conducting at the Reykjavik Conservatory of Music and has written music for orchestra, voice and chamber music ensembles. His opera Brothers premiered in Aarhus in 2017 and he has collaborated with orchestras such as the Los Angeles Philharmonic and the Cincinnati Symphony Orchestra. Bjarnason also collaborates outside of Western art music with big names in popular music and ambient like Sigur Rós. The genre "ambient" can be seen somewhat as popular music's equivalent to what in Western art music is called minimalism. Ambient emerged in the last century and is a large and influential part of today's music industry. Ambient emphasizes mood or even state, more than structure, rhythm and melody. It is often used for yoga, meditation or massage. It was Brian Eno who gave the genre its name in the mid-1970s, and Eno is also one of those with whom Bjarnason collaborated. The darker part of ambient has also become something that is frequently heard in film music in recent years. Like the award-winning music for the film The Deep (2012), which Bjarnson wrote together with Ben Frost. In recent years, you can say that ambient and minimalism have married. The boundaries have been blurred and Bjarnason is an example of that. This is how a New York Times reviewer describes his music: "His colorful, restless score with its passages of recurring riffs, slow-rising instrumental swells and touches of sharp fragments, drew me in as if into a mystical dance." The percussion concerto is composed for the percussionist Martin Grubinger, who had contact with the composer during the course of the work. KATARINA A KARLSSON
Intermission 25 min
Ruth Symphony No. 3 36 min
Ruth Gipps (1921 – 1999) Symphony No. 3 Op 57 1. Moderato 2. Theme with variations 3. Scherzo 4. Final British composer Ruth Gipps is one of many female composers who received new attention in the 21st century. She began composing as a child and studied oboe and piano at the Royal College of Music. At the age of 26, she became the youngest woman to receive a doctorate in composition, with a thesis called The Cat, a cantata for mixed choir, soloists and orchestra. Her style is romantic and similar to the leading figure in British composition of the same period, Ralph Vaughan Williams. She was also inspired by the more modernist Arthur Bliss. Gipp's first two symphonies were composed already in her 20s and consist of sensual, slow movements with episodic structures. Symphony No. 3 is beautifully embellished with violin melodies and lasted until 1965. By then she had founded two orchestras of her own in London and was active as a teacher at Trinity College. Ruth Gipps wrote a total of five symphonies, the works she valued most; they were well received but never consistently incorporated into the repertoire. Gipps also composed seven concertos, chamber music, choral music, songs and keyboard works. JENNY SVENSSON
Wednesday 1 February 2023: The event ends at approx. 21.30

Gothenburg Symphony Orchestra
The Gothenburg Symphony, called "one of the world's most formidable orchestras" by the Guardian, has toured the USA, Europe, Japan and the Far East and performed at major music centres and festivals throughout the world. Chief conductor is Santtu-Matias Rouvali who started his tenure in 2017. Barbara Hannigan and Christoph Eschenbach are principal guest conductors since 2019. Already at the orchestra's very first years, the great Swedish composer Wilhelm Stenhammar was appointed principal conductor, contributing strongly to the Nordic profile of the orchestra by inviting his colleagues Carl Nielsen and Jean Sibelius to conduct their own works. Subsequent holders of the post include Sergiu Comissiona, Sixten Ehrling and Charles Dutoit. During Neeme Järvi's tenure (1982-2004), the orchestra became a major international force. In 1997 it was appointed the National Orchestra of Sweden. During his celebrated tenure as music director (2007-2012), Gustavo Dudamel took the Orchestra to major music centres and festivals in Europe, making acclaimed appearances at BBC Proms and Vienna Musikverein. The list of prominent guest conductors has included Wilhelm Furtwängler, Pierre Monteux, Herbert von Karajan, Myung-Whun Chung, Herbert Blomstedt and Sir Simon Rattle. The orchestra also runs extensive concert projects for children, and regularly releases digital live concerts free on gsoplay.se. The orchestra has been involved in many prestigious recording projects, the latest one the complete Sibelius Symphonies with Santtu-Matias Rouvali for Alpha Classics. Earlier, the orchestra has issued over 100 recordings on BIS, Deutsche Grammophon, Chandos, Farao Classics and several other labels. The Gothenburg Symphony is owned by the Region Västra Götaland.
Rumon Gamba conductor
British conductor Rumon Gamba has been chief conductor of the Oulu Symphony Orchestra since 2022. He has been chief conductor and music director of NorrlandsOperan (2008-2015), chief conductor of the Aalborg Symphony Orchestra and chief conductor and music director of the Iceland Symphony Orchestra. He regularly conducts BBC orchestras and has appeared at the BBC Proms on a number of occasions. Gamba is a champion of new music and has made several premieres such as Nico Muhly's Two Boys at the English National Opera and Brett Dean's viola concerto with the composer and the BBC Symphony Orchestra. Other works he has performed include Poul Ruders' Dancer in the Dark and Mark-Anthony Turnage's Blood on the Floor and Scherzoid with NorrlandsOperan. Rumon Gamba has conducted a number of opera titles including Rigoletto at Scottish Opera, Carmen, La bohème, Otello and Candide. To celebrate Umeå's status as European Capital of Culture in 2014, he conducted NorrlandsOperan in an epic outdoor production of Elektra with the ensemble La Fura dels Baus. Rumon Gamba has been recording exclusively with Chandos Records for over 20 years. October 2022 saw the release of his second album of orchestral works by the late Romantic composer Ruth Gipps, recorded with the BBC Philharmonic Orchestra.
Martin Grubinger percussion
Austrian Martin Grubinger is one of the world's best multi-percussionists by far. His repertoire is both extensive and stylistically broad and ranges from solo works and chamber music to percussion concerts. He often performs with his own percussion ensemble, the Percussive Planet Ensemble, but also with prominent chamber ensembles and symphony orchestras. His incredible technique and musical versatility make his concerts something extra. In 2022/23, Martin Grubinger will return to the Gewandhaus Orchestra, the orchestra where his career began as Artist in residence. Grubinger also returns to longtime partners such as the Mozarteum Orchestra Salzburg, the Czech Philharmonic Orchestra and the Orchester Philharmonique du Luxembourg and will tour in Budapest, Vienna and Geneva. Martin Grubinger has appeared with the Gothenburg Symphony several times, both in Gothenburg and on an acclaimed tour in Germany and Austria.