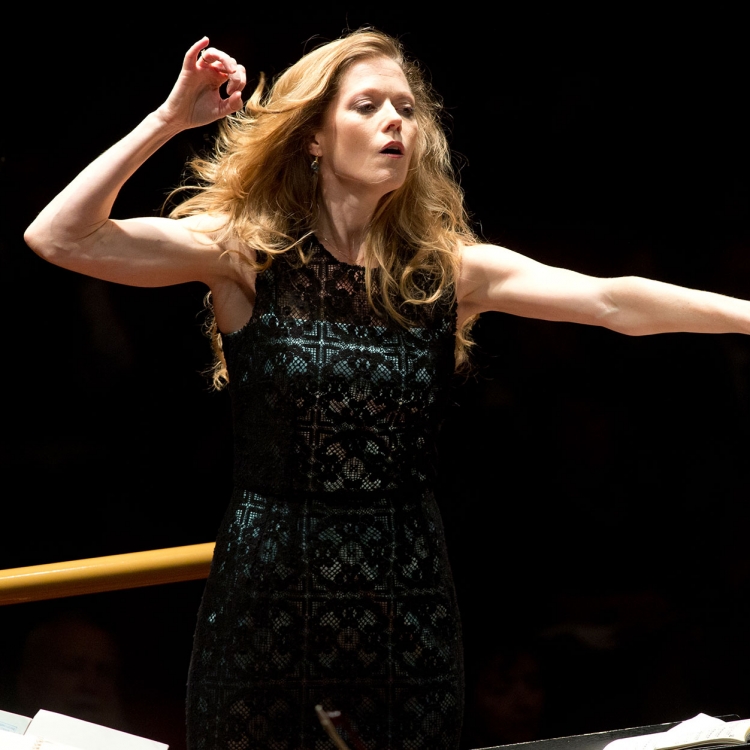 Conducting soprano Barbara Hannigan finds the common denominators: Stravinsky, Offenbach and Weill worked in Paris, and all three had other homelands. Stravinsky’s 18th century ballet Pulcinella – with costumes designed by Picasso! – was a huge success, as was Offenbach’s ”The Happy Paris” with can-can and all. And it was in Paris that Kurt Weill began his international career as a musical composer, which eventually led to premieres on Broadway. Here, Barbara Hannigan sings some of his finest songs from that time.

Barbara Hannigan is the principal guest conductor of the Gothenburg Symphony Orchestra.

Gothenburg Symphony Orchestra
The Gothenburg Symphony, called "one of the world's most formidable orchestras" by the Guardian, has toured the USA, Europe, Japan and the Far East and performed at major music centres and festivals throughout the world. Chief conductor is Santtu-Matias Rouvali who started his tenure in 2017. Barbara Hannigan and Christoph Eschenbach are principal guest conductors since 2019. Already at the orchestra's very first years, the great Swedish composer Wilhelm Stenhammar was appointed principal conductor, contributing strongly to the Nordic profile of the orchestra by inviting his colleagues Carl Nielsen and Jean Sibelius to conduct their own works. Subsequent holders of the post include Sergiu Comissiona, Sixten Ehrling and Charles Dutoit. During Neeme Järvi's tenure (1982-2004), the orchestra became a major international force. In 1997 it was appointed the National Orchestra of Sweden. During his celebrated tenure as music director (2007-2012), Gustavo Dudamel took the Orchestra to major music centres and festivals in Europe, making acclaimed appearances at BBC Proms and Vienna Musikverein. The list of prominent guest conductors has included Wilhelm Furtwängler, Pierre Monteux, Herbert von Karajan, Myung-Whun Chung, Herbert Blomstedt and Sir Simon Rattle. The orchestra also runs extensive concert projects for children, and regularly releases digital live concerts free on gsoplay.se. The orchestra has been involved in many prestigious recording projects, the latest one the complete Sibelius Symphonies with Santtu-Matias Rouvali for Alpha Classics. Earlier, the orchestra has issued over 100 recordings on BIS, Deutsche Grammophon, Chandos, Farao Classics and several other labels. The Gothenburg Symphony is owned by the Region Västra Götaland.
Barbara Hannigan conductor
Since 2019, Canadian Barbara Hannigan has been the first guest conductor for the Gothenburg Symphony. She performed her first concert with the Gothenburg Symphony in 2013 – already a success – and was the orchestra's Artist in Residence in the 2015-2016 season. As a singer and conductor, she collaborates with leading orchestras such as the London Symphony Orchestra, the French Radio Philharmonic, the Toronto Symphony Orchestra, the Munich Philharmoniker and the Swedish Radio Symphony Orchestra. Barbara Hannigan's debut album as a singer and conductor, Crazy Girl Crazy, was released in 2017 and received both a Grammy and a Juno for Best Vocal Album. In 2021, Barbara Hannigan was appointed an honorary scholarship holder by the Stenastiftelsen and received a scholarship sum of SEK 300,000. Stenastiftelsen celebrated its 25th anniversary with a concert where Barbara Hannigan and several former scholarship holders appeared on stage at the celebration. The last time Barbara Hannigan visited the Gothenburg Symphony was in April 2022, then in collaboration with fellow conductor and violinist John Storgårds. 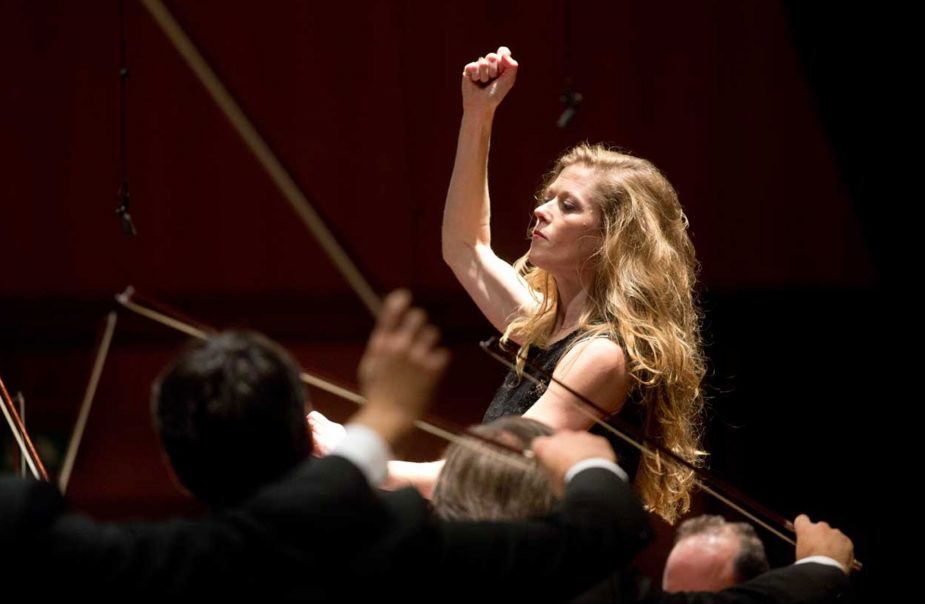