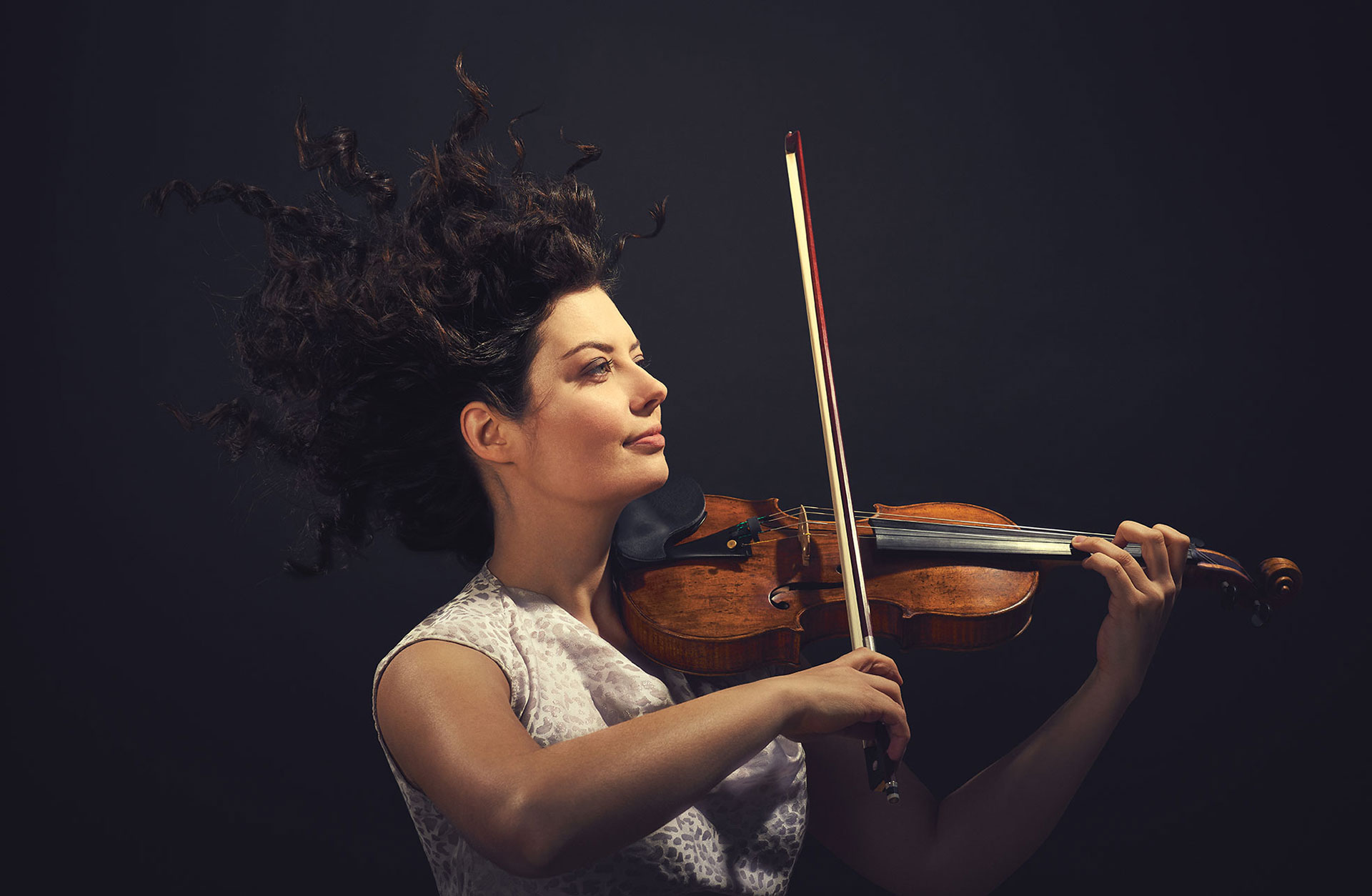 Göteborgs Konserthus The Music of the Musicians

Musicians from the Gothenburg Symphony Orchestra perform chamber music written by other musicians, such as Wolfgang Amadeus Mozart who played piano and violin like Franz Schubert, and Pauline Hall who was a pianist and one of the Nordic region’s most modern composers 100 years ago.

Wolfgang Amadeus Mozart’s life as a touring prodigy was not always a dance on roses. The violin-playing father Leopold was strict and demanding, which was perhaps a prerequisite for Mozart’s productivity and worldly success. Mozart was a master of the piano and also mastered the violin – he played most of his piano and violin concertos himself with gusto.

His colleague Franz Schubert wrote increasingly long music during his career. All of his music, like his octet for wind instruments, was based on what he and his colleagues wanted to play. No client paid for it.

The composing pianist and music critic Pauline Hall spent ten years in Paris and was in attendance at the scandal-ridden premiere of Stravinsky’s ballet The Rite of Spring. Influences from her years in France can be discerned in her music. Home in Norway she complained that people only wanted to hear ”idyll and tea water”.

Previously announced Woehr´s Matrimonial Duets has been replaced by Mozart´s Flute Quartet in A.

Pauline Hall Suite 14 min
Pauline Hall (1890–1969) Suite Pauline Hall is truly an independent figure. It is incredible what a person can accomplish in one lifetime. For half a century she was the hub of Norwegian musical life. She was one of the first to write film music, one of the Nordics' earliest female symphonists (as early as 1920) and active in organizations for composers and for new music in Norway. And she had a vision: music would contribute to making society civilized and good to live in. As a representative of the association Ny Musikk, Pauline Hall had to witness it being infiltrated by Nazis, as well as being humiliated by a breakaway group that tried to overthrow the association at a major international conference, but she had incredible energy. She got it, among other things, from her youth in Paris in 1912-1914, where she attended the scandalous premiere of Stravinsky's Rite of Spring and heard Ravel's ballet Daphnis et Chloé, also a ground-breaking work. From all the music she heard in Paris during those years, she was so full of impressions that she barely made it to the metro afterwards, she later said. Pauline Hall also worked as a journalist and wrote critically about Nazism. When Norway was occupied, she was active in the resistance movement. When the Germans seized her home, she had to move in with a female colleague and it turned out to be one of the best things that could happen. They both fell in love and remained a couple for the rest of their lives. Pauline Hall's encounter with French culture left its mark on her music. You can hear it in the wind quintet, it has a bit of Poulenc's light touch and humor, it puts you in a good mood! KATARINA A KARLSSON
Mozart Flute Quartet in A 11 min
Intermission 25 min
Schubert Octet 55 min
Franz Schubert (1797–1828) Octet The year before Franz Schubert wrote his octet, the first signs of his illness came. In some European cities, as many as one in five inhabitants had syphilis, so it was not something extreme in itself that Schubert got it, but at the same time it was more or less a death sentence and Schubert was devastated. Beethoven's nephew Karl wrote in his diary: "People praise Schubert a lot, but it is said that he is hiding". The following year, the year the octet was born, he felt better again and dared to appear in public wearing a wig, as he had been forced to shave off his hair due to a rash. True to his habit, he worked hard, no matter how sick he was, drank a lot of alcohol, and sometimes fell asleep sitting at a table with his glasses on his nose. Not that he took them off when he slept either. The octet took two weeks to write. Then he also managed to both start and finish two string quartets (Rosamunda and Death and the Maiden). Moritz von Schwind, the friend Schubert called his beloved, said that during this time Schubert did not turn away his friends, but also did not lift the pen from the paper, even while talking. The work has six movements, the second movement has the tender tone we associate with Schubert while movement three gallops away like a young horse. In the fourth movement comes a well-known melody. Despite Schubert's illness, the octet is in its sunniest mood. There is hardly the shadow of a concern. KATARINA A KARLSSON

Musiker ur Göteborgs Symfoniker
Håvard Lysebo flute
Carolina Grinne oboe
Selena Markson-Adler clarinet
Constantin Gerstein bassoon
Alec Frank-Gemmill french horn
British hornist Alec Frank-Gemmill divides his time between orchestra, chamber music, concerts and conducting. He is known for pushing the boundaries of the horn, both by commissioning new music, making transcriptions of chamber music and through time-honored performances, so-called Historically Informed Performances. Alec appeared on the BBC Radio 3 New Generation Artist program 2014–2016 and frequently appeared as soloist with the BBC orchestras, including performances of rarely heard repertoire by Ethel Smyth, Malcolm Arnold and Charles Koechlin. He was first horn player in the Scottish Chamber Orchestra for ten years and took up the corresponding position with the Gothenburg Symphony in 2019. With the Scottish Chamber Orchestra, Alec Frank-Gemmill performed concertos by Mozart (on natural horn), Ligeti, Strauss and Schumann. His recording of Strauss's First Horn Concerto was named Record of the Week in the BBC's Record Review. He has also recorded three albums for BIS, thanks to support from the Borletti–Buitoni Foundation. In recent years, Alec has shifted his focus to conducting. He studies with Ulrich Windfuhr and is part of Donato Renzetti's conducting class in Saluzzo, Italy. Alec is the founder and director of Odin Ensemble, a Gothenburg-based group that performs on instruments from around 1900.
Sara Trobäck violin 1
Justyna Jara violin 2
Tuula Fleivik Nurmo viola
Claes Gunnarsson cello
Cellist Claes Gunnarsson has toured all over the world as a soloist, chamber musician, orchestral musician and teacher. He debuted at a young age as a soloist in Dvorak's Cello Concerto together with the Gothenburg Symphony and was subsequently invited as a solo cellist. A position he has held since 1998. As an active chamber musician, Claes Gunnarsson has collaborated with the violinists Leonidas Kavakos and Nikolaj Znaider, the pianists Christian Zacharias, Peter Jablonski and Hélèn Grimaud, but above all has given concerts for 20 years together with his colleagues Sara Trobäck and Per Lundberg in the piano trio Trio Poseidon. Claes Gunnarsson is also a teacher at the College of Stage and Music at the University of Gothenburg. He plays a cello built in 1707 by David Tecchler, a generous loan from the Järnåker Foundation.
Hans Adler double-bass