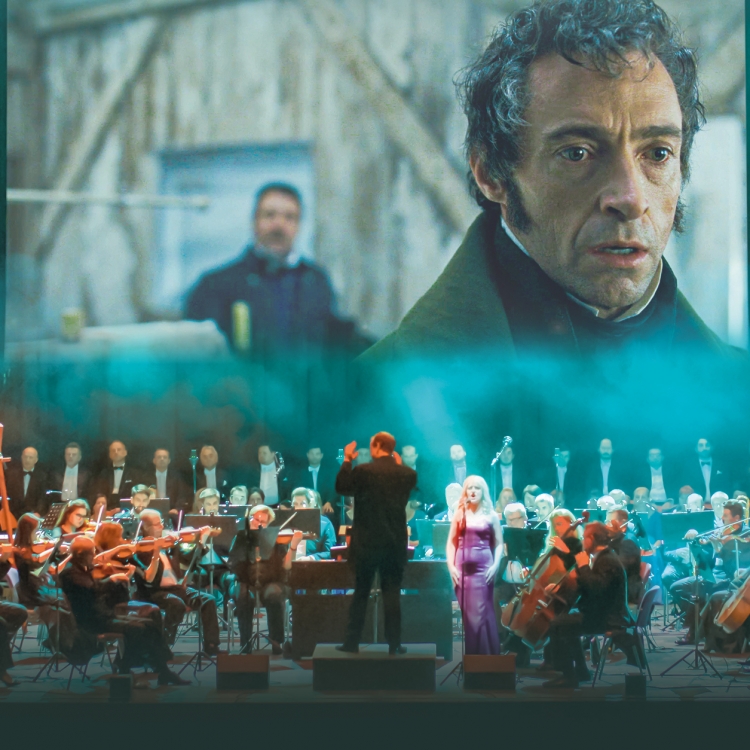 Cinema Festival Symphonics with soloists from the West End in London, singers and musicians.

It is with great excitement that the entire orchestra makes its entrance on stage. The orchestra under the direction of Stephen Ellery impresses again and again and lets the 15 soloists and the choir’s fantastic vocal performances dazzle the audience with star shine and enchanting numbers.

Les Misérables by Boublil / Schönberg is the musical that has been played and performed the longest in the whole world. There are few other musicals that have this wonderful way of moving with sensitive melodies. They include tracks such as “I Dreamed a Dream”, “One Day More”, “Do you Hear the People Sing” and “On My Own”.

A new song was composed especially for Hugh Jackman for the worldwide hit film from 2012. “Suddenly” was nominated for an Oscar for best film song of the year and it is of course not excluded from this extraordinary concert!

In the role of Jean Valjean, we see the musical star Daniel Koek, who took on the same role at the big 25th anniversary concert for Les Misérables at the Royal Albert Hall in London. Among the soloists we see more Les Misérables West End artists such as Greg Miller Burns, Richard Munday and Chloe Taylor.

Original scenes from the film with global success from 2012 will be shown in connection with the music – in collaboration with Universal Pictures.
The Music of Les Misérables goes straight to the heart!