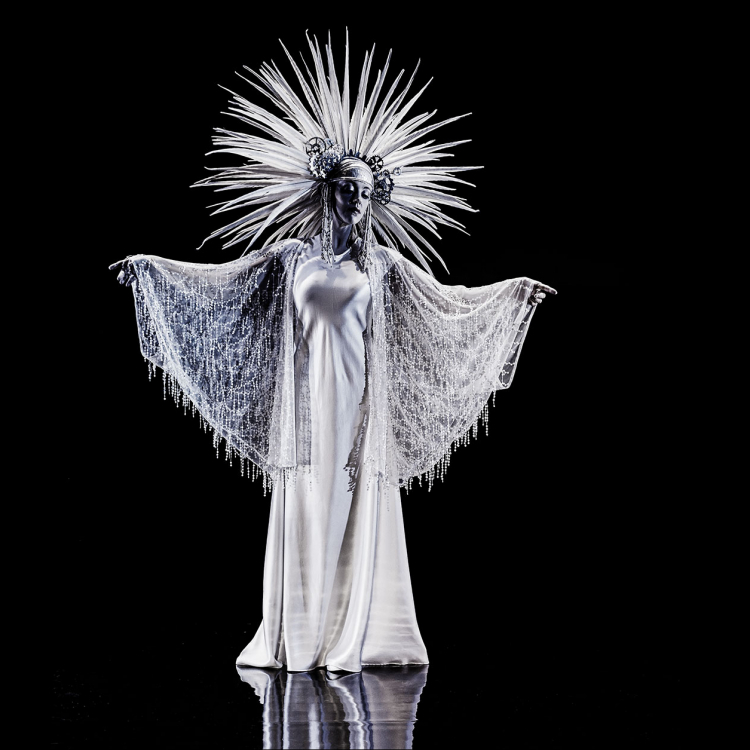 Event has already taken place. An audiovisual opera in concert version about an abandoned and forgotten universe with Norrbotten NEO, vocal soloists and conductor Jonas Dominique. The Pioneer concept brings you contemporary music in experimental combinations.

An audiovisual opera in concert version by Marcus Fjellström and Daniel Pedersen, where the singers interact with silhouettes on a black-and-white animated film. The people have lost faith in everything except their machines, and the government therefore decides to make a mechanical Messiah: Boris Christ. Meet Norrbotten NEO and 5 vocal soloists under the leadership of Jonas Dominique. In collaboration with Norrbottensmusiken, Geiger, Levande Musik and the Gothenburg Museum of Art.

Boris Christ is about an abandoned and forgotten universe where generations have been born without feeling human; the animals die of self-destruction, while man redoubles his efforts to recover the meaning that has been lost. In a last ditch effort, the state announces, as a response to humanity’s impatience in waiting for the return of Christ, that they have taken matters into their own hands and are working on the construction of a new Messiah. 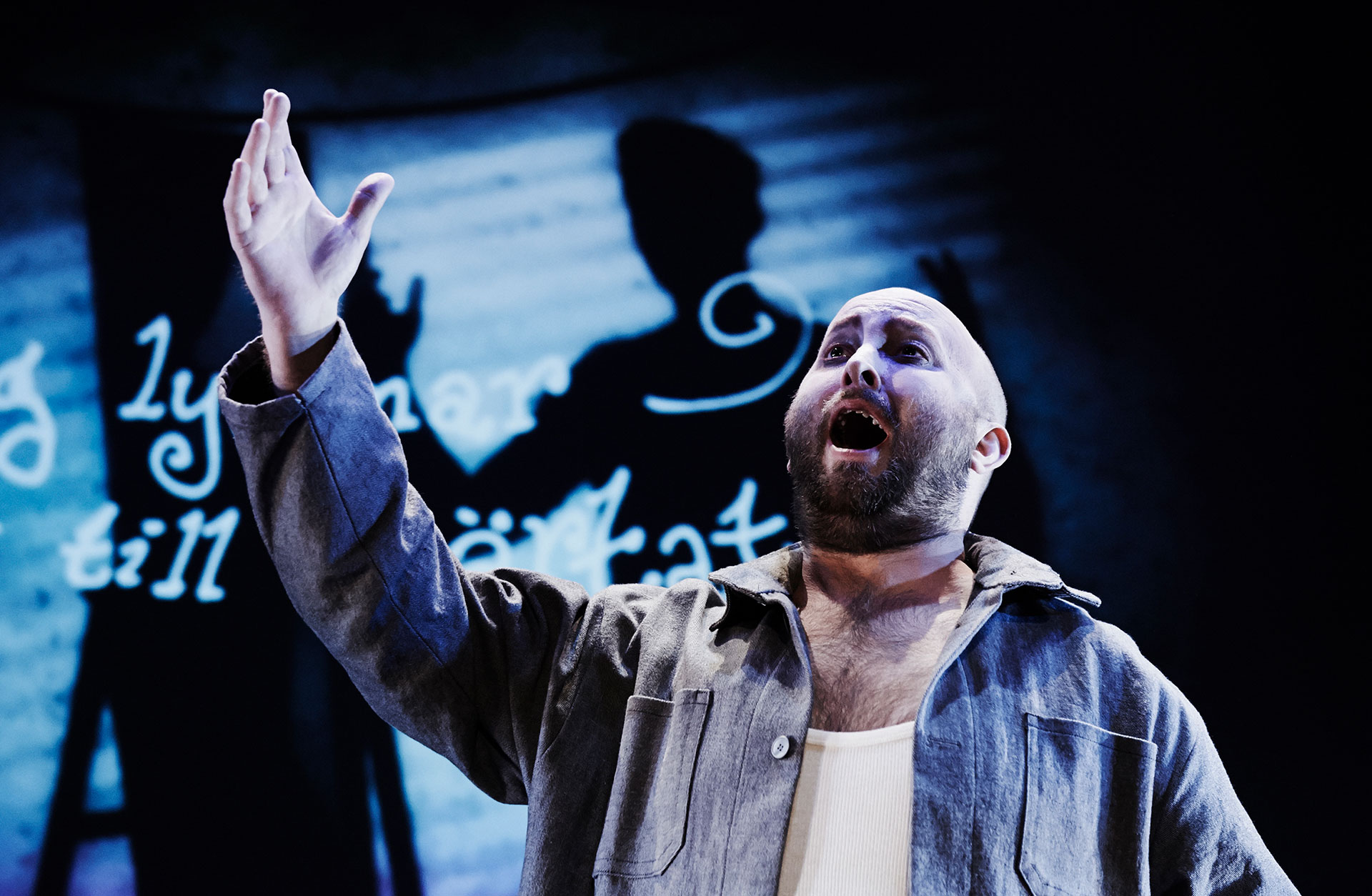 In this world lives Boris, whose thoughts are occupied by Gabrielle, the woman who stole his heart. Aware of his inadequacy as a flesh-and-blood human being, Boris enlists his close friend Kchachaturian, a government-employed engineer, to transform him into what Gabrielle always wanted; a machine with heart.

Kchachaturian divides his time, with feverish intensity, between his two simultaneous projects; on the one hand he has the reconstruction of Boris, on the other hand he has his deep involvement in the construction of the new Savior. The countdown is nearing its end, and the entire society is decaying. Now the apocalypse seems closer than ever!

The music and video projection are created by Marcus Fjellström (1979 – 2017), the libretto by Daniel Pedersen and the music in the performance is performed by Norrbotten NEO with vocal soloists. 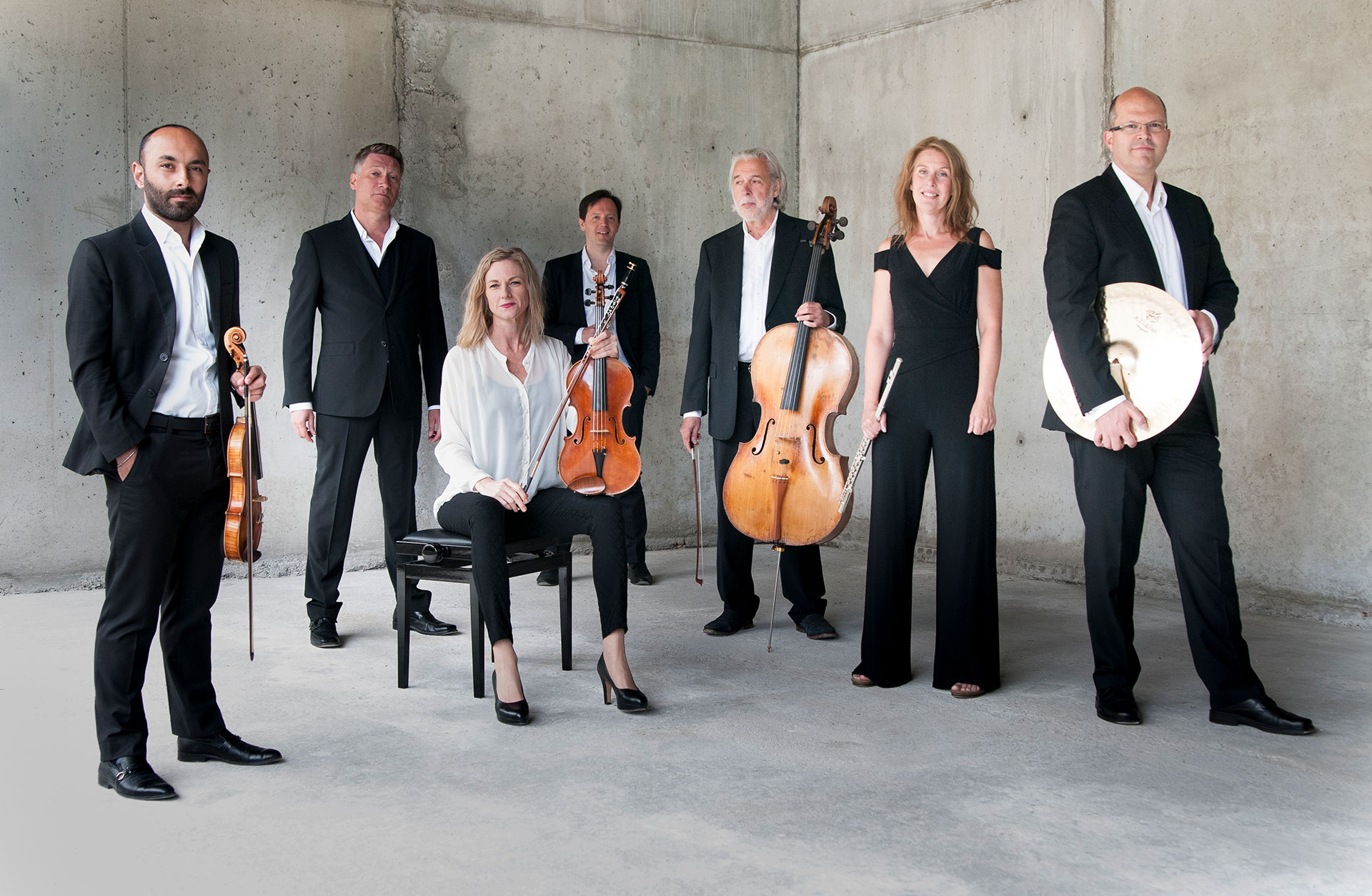 Art in the foyer

In connection with the concert, video art from Gothenburg’s Art Museum’s collections is shown in the foyer of the Stenhammar Hall. The video works are “Painted Sequence 1-4” (2009) by Daniel von Sturmer.

Norrbotten NEO
Norrbotten NEO was formed in 2007 and was the one of its kind in the country and with a national mission to work for contemporary chamber music. The ensemble continuously commissions new works and collaborates with both younger and more established composers, also internationally. Since its inception in 2007, Norrbotten NEO has premiered over 100 works and developed into a national concern and a platform that gives birth to lots of musical ideas. For this work, the ensemble was awarded the Swedish Composers Association's interpretation award in 2012, and the ensemble's good reputation has also led to concerts and tours with several county music organizations and concert halls. In 2013, Norrbotten NEO performed a chamber musical portrait of the Finnish composer and Polar Prize winner Kaija Saariaho in connection with the Polar Prize ceremony in Stockholm's Konserthus. As the creative ensemble that they are, Norrbotten NEO, based in Piteå, also do tours to Norrbotten's community farms, concerts for children and educational projects.
Jonas Dominique conductor
Jonas Dominique is a Swedish conductor, double bassist and composer. Dominique is educated at the Royal Academy of Music and has appeared as a conductor at, among others, the Folk Opera, the Royal Philharmonic Orchestra, the Swedish Radio Symphony Orchestra, the Stockholm County Wind Orchestra, Malmö Symphony Orchestra, Helsingborg Symphony Orchestra, Norrköping Symphony Orchestra, Gävle Symphony Orchestra, Linköping Academic Orchestra and others.
Johan Wållberg baryton
Annie Fredriksson soprano
Annastina Malm alt
Michael Axelsson tenor
Karl Peter Eriksson bas