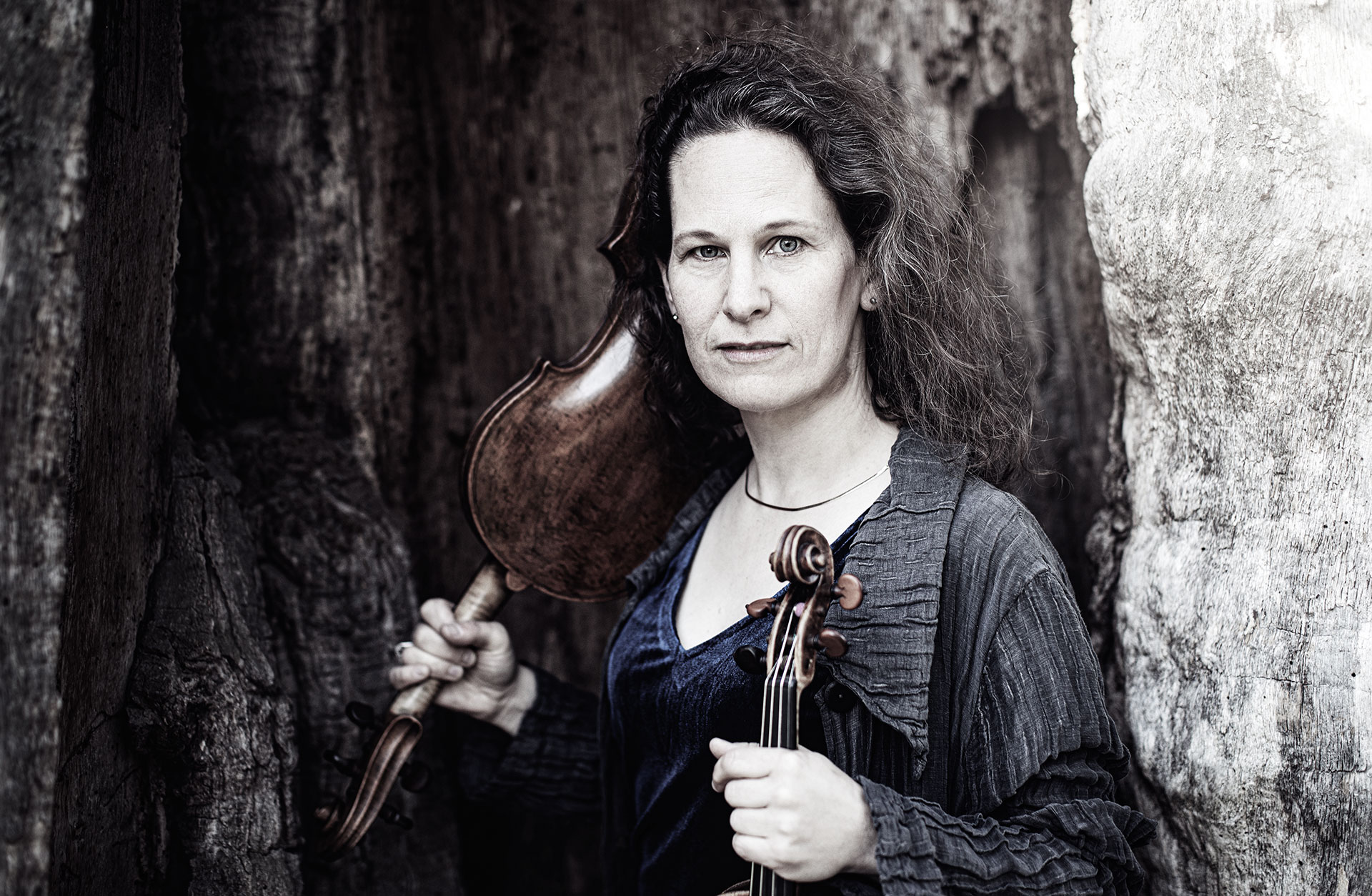 Göteborgs Konserthus From Ink to Notes

Long brush-strokes as Gunnel Wåhlstrand’s images are projected on the wall and set to music by Britta Byström. A beautiful and dreamlike experience for both eyes and ears with Malin Broman and a chamber ensemble.

How do you capture an image in music, light and paper? The artist Gunnel Wåhlstrand works in a water-based ink technique that has inspired the composer Britta Byström for the incomparable piece Ink-wash on Paper. Each movement in the composition is linked to a specific image that is projected on the stage while the music is played. A beautiful and dreamlike experience for both eyes and ears with Malin Broman and a chamber ensemble. The work had its premiere at the Baltic Sea Festival in 2021.

This evening we also get to experience the premiere of Britta Byström’s newly written By the Window. The piece is written for viola, double bass and prepared piano and was inspired by Gunnel Wåhlstrand’s artwork of the same name. 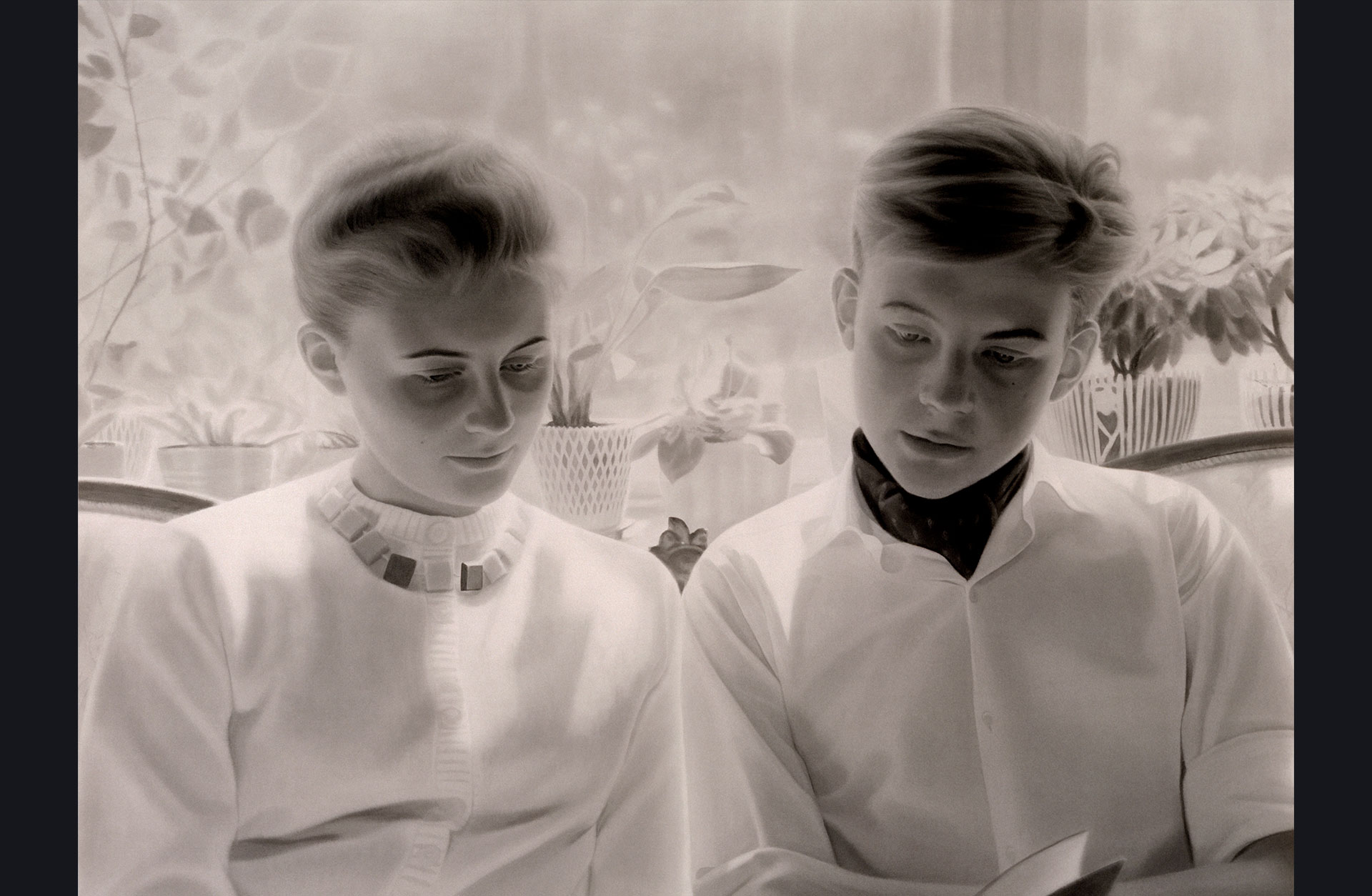 Malin Broman, First Concertmaster of the Swedish Radio Symphony Orchestra, has also made a video together with Britta Byström and director Andy Staples. The video work is entitled A Room of One’s Own and is based on Virginia Woolf’s essay of the same name. It is an important early feminist work, and Malin Broman plays all the instruments herself. The video went viral and had an enormous impact when it was released, and it also features on this evening’s programme.

During the evening, the artists Gunnel Wåhlstrand, Malin Broman and Brita Byström also talk about their work and the interaction between the different art forms. The ticket price includes a bound book with Gunnel Wåhlstrand’s paintings, which can be picked up in the foyer in connection with the concert. 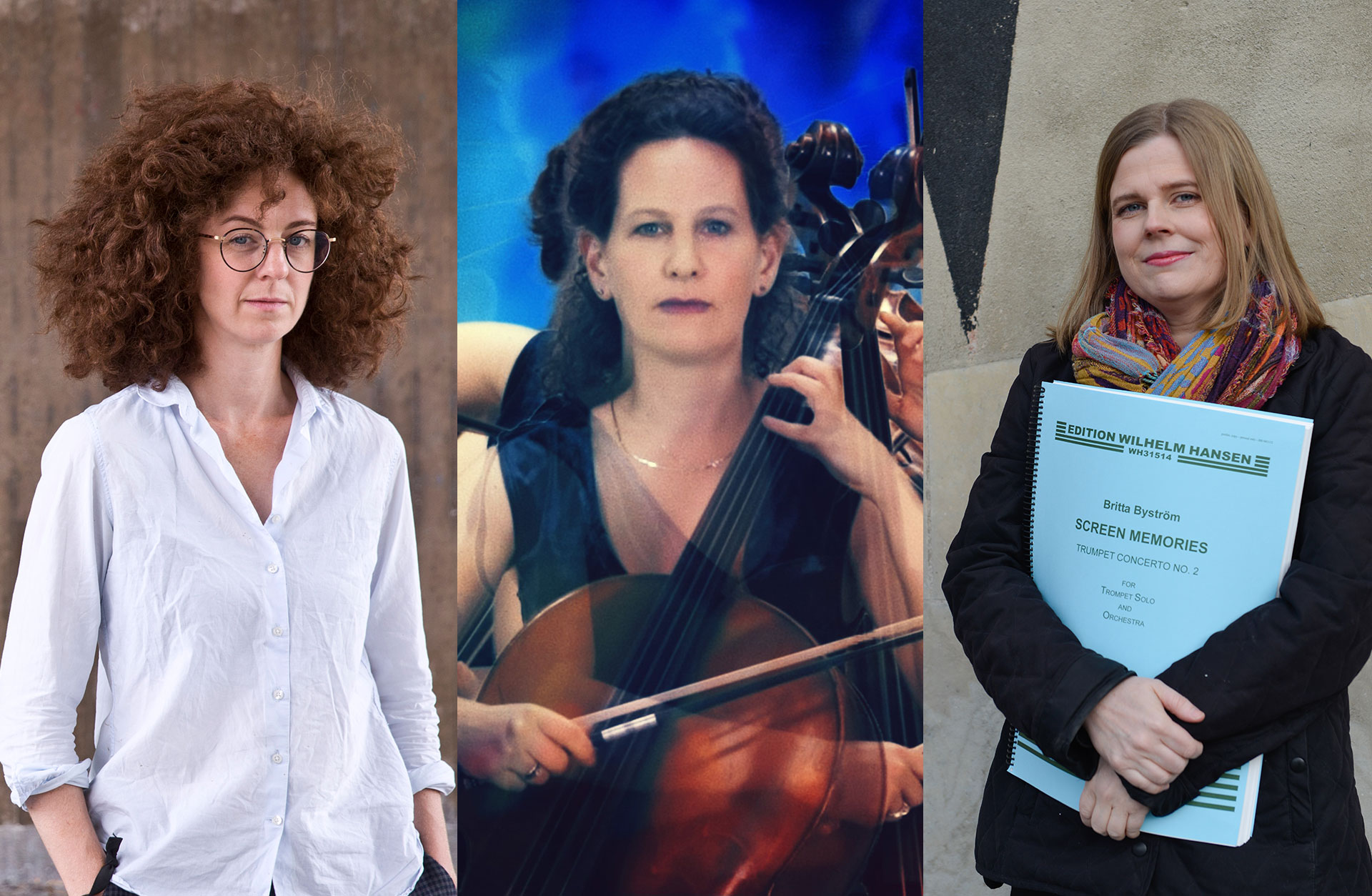 Get to know the composer Britta Byström.

Ge to know the artist

Gunnel Wåhlstrand is one of Sweden’s most successful artists, in 2018 she was named the Stena Foundation’s cultural scholarship holder.

Britta Byström A Room of One's Own 9 min
Britta Byström (f 1977) A Room of One's Own "There is no gate, no lock, no bolt that you can set upon the freedom of my mind," Virginia Woolf writes in her famous novel A Room of One's Own from 1929. A statement that connects to Wolf's strong appeal for a woman's right to create freely. The words return as a mantra in Britta Byström's string octet named after the book's English title, specially written for Malin Broman where she plays all eight parts herself in a video recording. The work was written in 2020 and can partly be interpreted as a representation of the isolating effects of the pandemic, which hit the free music scene hard. But perhaps even more as a manifestation of how the inflexible power of creation and human ingenuity rarely allows itself to be stopped by restrictions. Over a distinct, chiseled melody that is first whispered forward but which clearly rises and branches into different dynamic parts, Broman proclaims the pregnant words and then withdraws again in a whisper, elegiacally. As a kind of burst, an eruption of creative power. Malin Broman may be alone, but with the power of thought she can conjure up an entire octet in her lonely room. EDITH SÖDERSTRÖM
Tal Panel discussion, held in Swedish 15 min
Britta Byström By the Window (world premiere) 10 min
Britta Byström (f 1977) By the Window By the Window for viola, double bass and prepared piano is a work inspired by Gunnel Wåhlstrand's painting of the same name. It depicts two young people at a sunlit window, deeply engrossed in leafing through a book. Or is it possibly a photo album - perhaps the very album from which Gunnel much later painted this picture? My aim has not been to illustrate the painting in music, but I have tried to bring to life the moment itself: the immersion of the two people, the almost blinding light from the window, a sense of both melancholy and peace. By the Window is one of Gunnel Wåhlstrand's paintings that contains the most white, that is, that lets the white paper shine through. This pristine white is matched in my composition by the piano's reverberation - the pristine timbre - and to enhance the contrast between light and dark, I have prepared the piano's mid-range with damping rubber. Over this we then hear two singing string instruments, often in very high registers and often revolving around the same note. The title By the Window has another meaning for me, namely something that the composer Steve Reich has said: "Music should be like an open window". By that he means that the composer must be open to impulses from the outside world: the music played on the street outside the window must be able to find its way into the score. Here, my window has been open to the visual arts. By the Window is dedicated to the three fantastic musicians Malin Broman, Rick Stotijn and Simon Crawford-Phillips. BRITTA BYSTRÖM
Intermission 20 min
Britta Byström Ink-wash on paper 30 min
Britta Byström (F 1977) Ink-wash on paper Ink-wash on paper is a work for octet, inspired by Gunnel Wåhlstrand's artistry. It consists of seven movements, each of which relates to a painting: Långedrag, Looking at Paintings, The Meadow, Walk, The End of July, Shallow Waters and Rose. The paintings are placed in chronological order. The first, Långedrag, is from 2004. The last two were painted in the summer of 2020 and the paper had barely had time to dry when I started writing music for them! How to capture an image in music? On one hand, I have taken note of the water-based ink technique that Gunnel works in, and in various ways tried to transfer it to music - hence the title of the piece. But I also wanted to capture the special mixture of light and melancholy that is so striking to me in Gunnel's pictures. My work is intended as a pendang to Modest Mussorgsky's composition Pictures at an Exhibition, where the listener is moved between different musical images via small interludes that Mussorgsky called walks. In Ink-wash on paper there are no interludes, but instead the movement Walk, here placed in the middle of the suite. The three paintings before it are united by motifs of people seen from a distance, while the three paintings after Walk are close-ups of something in nature. In this way, one can experience how the perspective through the image suite gradually zooms in, until in movement seven we look into a dazzling white flower. This slow zooming in is also present in the music: at the beginning the octet appears as a single sound body, as if viewed from a distance, while towards the end we get closer and closer to the individual instruments. And the white in the paper - the magical glitter in the water, the flowers in the meadow - is matched in the music by the lingering reverberation, the one that emerges when everything else falls silent. Ink-wash on paper is dedicated to Gunnel Wåhlstrand. (Britta Byström) In November 2022, Ink-wash on paper was awarded the Art Music Prize of the Year for small ensemble by the Swedish Music Publishers.
Saturday 18 February 2023: The event ends at approx. 21.00 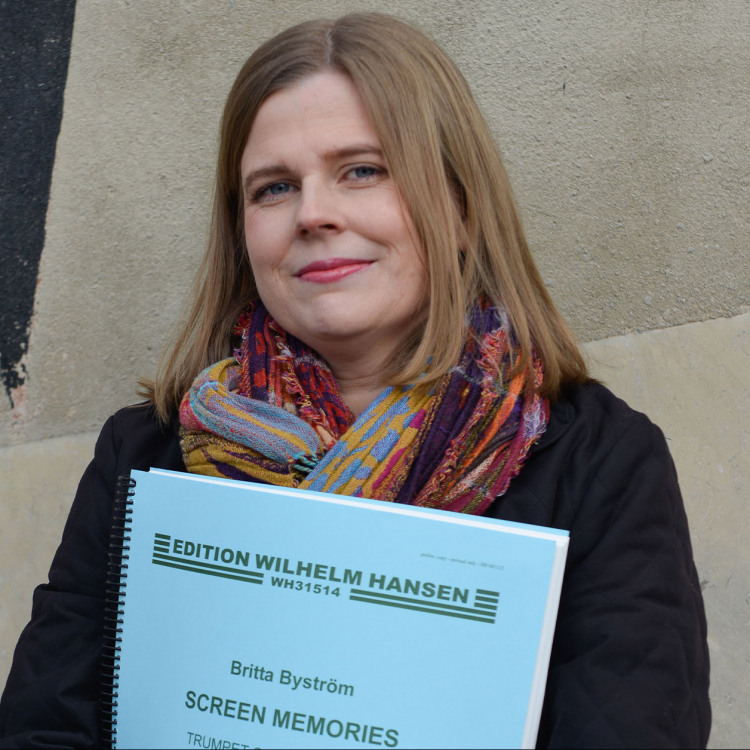