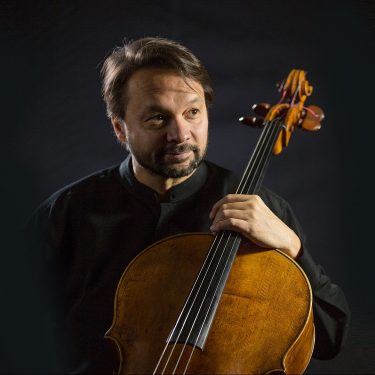 Finnish by Ylönen and Rouvali

An elegant little jewel originally composed for a dance choreography entitled A Fig Tree: Dreams of a Palm Tree at a 1904 charity event in Helsinki.

Sibelius published the work together with ‘The Dryad’ from 1910, a five-minute “symphonic poem” depicting three wood nymphs through shifting timbres and temperaments that has been called one of Sibelius’ most unique orchestral works.

Santtu-Matias Rouvali’s friend and colleague Marko Ylönen then treats us to more contemporary Finnish music with traces of Bartók and Shostakovich when he plays Jonas Kokkonen’s cello concerto from 1969 – a symphonically arranged concerto that lets the cello break free and even lead the way at times. Ylönen performs two lovely yet challenging solos in this atmospheric concerto by orchestral genius Kokkonen, one of Finland’s leading symphonists besides Sibelius.

“Anyone with ears can spot the American influence,” Antonin Dvorák said about his ninth symphony, From The New World, which he composed during his time as Director of the National Conservatory in New York (1892-1895). Attentive listeners may detect echoes of spirituals as well as the kind of country tunes and revival songs traditionally sung by farmers and European settlers in the frontier lands. The symphony is the work of an experienced composer: not a single note is superfluous, the work’s structure is clear as glass, its proportions perfect, as Dvorák parades one captivating theme after another in front of us. Sheer musical extasy!

The previously announced première of Daníel Bjarnason’s percussion concerto with Martin Grubinger has been moved to 8-9 December.

Finnish by Ylönen and Rouvali