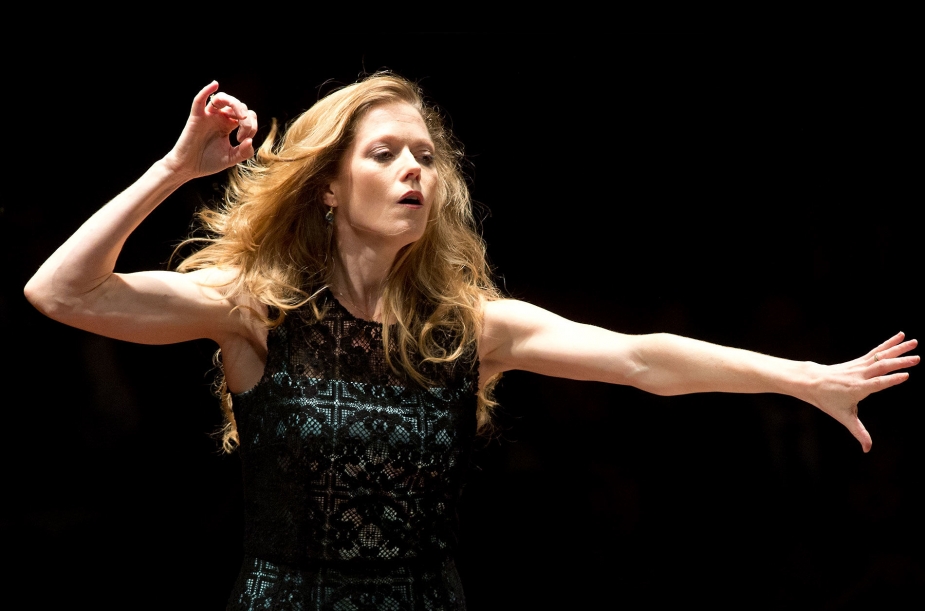 The mentoring program Equilibrium offers projects with leading orchestras and ensembles. We are proud to be the first partner, when we in December 2018 ar a part of the projects world premiere in the Gothenburg Concert Hall: Stravinsky’s The Rake’s Progress with Barbara Hannigan as conductor, and Linus Fellbom as director and light designer.

“What I can do, is bring young artists into my performance realm, to invite them to share the stage with me, and to learn alongside me. We will be working as colleagues. I will lead, as music director of the projects, and will mentor the younger artists by providing professional guidance and advice. I will advise, consult and guide in pre- and post-rehearsal situations, but the stimulus for the discipline I am trying to instil should come from within the working environment.” Barbara Hannigan

The young singer soloists were picked in 2017 at international auditions in Stockholm, Zürich, Paris and London. The whole project and the concerts are also produced as a TV documentary, and further international concerts are planned.

Barbara Hannigan was Artist in Residence at the Gothenburg Symphony 2015-2016.