Recorded in Gothenburg Concert Hall, The Great Hall, November 11, 2022.
Antonín Dvorák’s Symphony No. 7 encompasses both exhilaration and outbursts of joy, here conducted by Anja Bihlmaier.
It is the 1880s and the romantic era is at its peak. The orchestras have reached full-grown size and, moreover, the nationalist spirit in Europe has taken an iron grip on some of the greatest composers of the time. Under pressure or as an artistic emblem, they are encouraged to convey love for the homeland through music. For Antonin Dvorák, the 7th Symphony became the most Bohemian of all, heavily influenced by the tradition-rich region of the Czech Republic where the composer spent his summers at this time. In the third movement, the scherzot, there are swinging triple meters, calling horns and lyrical melodies that meander like rapids down the flowering slopes of Vysocina. Dvorák himself was born in a small town on the banks of the Moldau. But the advent of the symphony had anything but sunny signs. Dvorák was in mourning after his mother passed away. He was determined that the symphony “with God’s help will shake the world”. It shows, to say the least, in the stormy introduction, which was subtitled “From the sad years”. The symphony received a warm reception at its premiere in London in 1885 and is perhaps the most revered of Dvorák’s nine symphonies. The second, slow movement has been called one of the most beautiful things Dvorák ever wrote. 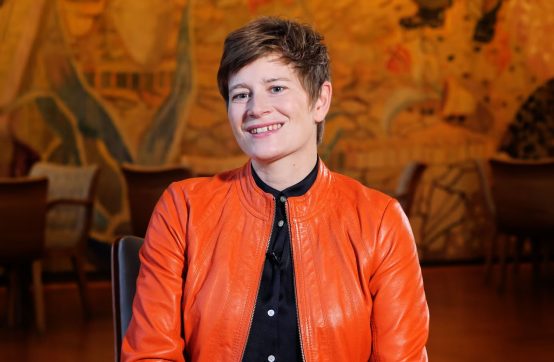